My Sissy Husband and his crossdressing Fetish

Learning how to Dominate your submale

The Mind Of A Sissy Husband

During my marriage to my sissy husband, I’ve learned a thing or two about the internal wiring of a submissive sissy. This “How To” article is intended on giving other wives, significant others, dominants, etc. ideas on how to subtly reinforce who is in charge in the relationship. It also attempts to help dominants in giving guidance and secrets that their sissy withholds from them. The article will cover some sexual acts, but that is personal to each couple.

I’ve also learned small things are at times more important than the sexual acts in order to keep your little sissy in a submissive mindset. Below is a list of ideas that might be helpful to you in coming up with new ideas to keep him in a submissive mindset. If I happened to miss anything or if you have some other great ideas, feel free to add your own list in the comments section.

Tips For Keeping Your Man In A Submissive Mindset

(1) Come up with a sissy name for your partner, along with a few variations. Use it in the bedroom and in limited safe public places. Feminine pet names can work too if you’re not into giving him a women’s name.

(2) Keep your sissy husband in shape. Take the role of “personal trainer” to the level that you’re comfortable with doing. Go on Groupon and sign him up for a fitness class that will be predominantly female. Yoga? Cardio Barre? Pilates? I’d recommend not signing him up for any crazy length of time. Maybe 1 or 2 classes.

This will motivate him to get in shape in other ways so as to not have to go to that girly fitness class ever again. Who knows, maybe he’ll even like the class and beg to continue! For an added aspect of female domination (which he’ll secretly love) pick out his attire for the class. Obviously, this would be a public appearance so attire will need to be appropriate. He could probably get away with women’s yoga pants under his shorts and maybe even sneak in a sports bra, but I’ll leave that up to you.

(3) Clothing is really the easiest way to continue to dominate your sissy.  Panties should be almost mandatory. You should instruct him to wear them on a daily basis. Start off by picking out which one for him to wear on a daily basis. If you’re being nice, allow him to pick out his own. Eventually, he’ll be trained to the point he’ll automatically go to HIS panty drawer to get dressed. If for some reason he stops without asking, make it clear that it is unacceptable for him NOT to wear panties and failure to do so would lead to consequences. 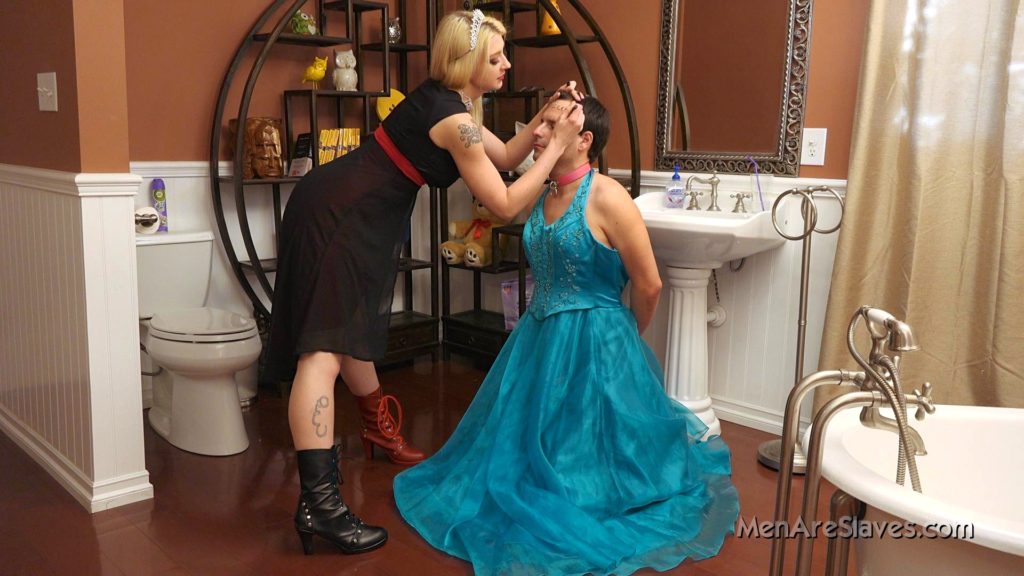 (5) Photos can be fun too. But with hacking and lack of privacy over the internet being so prevalent, you will need to be careful. Snapping photos of a bra and panty set while you’re out shopping and sending it to him with a message like “this would look cute on you, sweetie” or “what’s your size” will remind him that he’s a sissy. Snapping photos of him dressed up is humiliating and a turn on for him and could be used for another fetish such a pretend blackmail, but be very careful. Consider never having his or your face appear in the photos. As long as you are both dressed and private parts are covered in the photos you should avoid most issues. 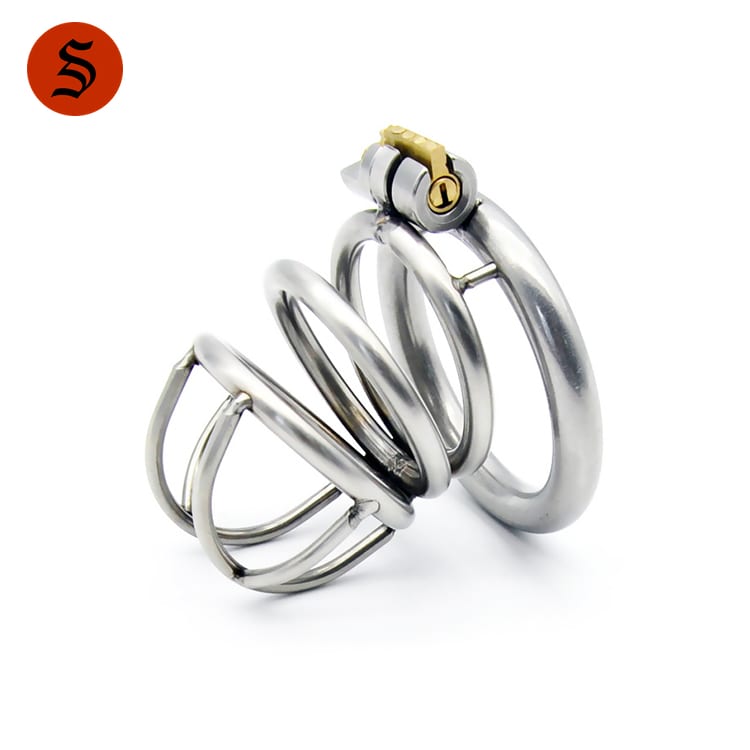 (6) Chastity is pretty much an absolute must for any dominant submissive-sissy relationship. A locked cock clearly shows the status of the relationship. You’ll have to ease him into the chastity fun, as you can’t go from freedom to 24/7/365 locked in a cock cage. He’ll need to be eased into it with your guidance. Eventually, you’ll be able to have him participate in “Locktober”, which is having him locked up for the entire month of October and very popular in the fetish community. When you get control of his sissy stick, he’ll be more complacent and focused on your every single need. It is critical for him to quickly learn that him being locked up is non-negotiable. His sissy orgasms are completely yours to control and no longer his personal freedom.

(7) Keyholding is a derivative of chastity cages. The key becomes a strong symbol of power and control. It is important to hold it over him, swing it around your finger, pretend to misplace it, wear it around your neck with a necklace, let others see the key or inquire about it, etc. There are so many possibilities.

(8) If your sissy partner is rewarded with sex, you must remain in absolute control. You pick the position, the speed, who may thrust and when, and who is permitted to orgasm. You should verbalize these ground rules during your controlled foreplay so there is no confusion or disobedience. If he is not going to cum, which should regularly be withheld, let him know before or during. I personally feel that your partner needs to be sternly trained in intercourse. Your needs and orgasms are the only concern. This can be defined to your partner by dismounting after you have been satisfied. Lock him up after you’re done and say “you’re welcome” as he should be the one thanking you.

(9) Shopping is something every sissy craves. He may act disinterested, but I guarantee you it excites him. This can be done in a variety of manners. You can parade him around a store to hold your clothes while you search for items for you, hold items up on his body for sizing and secretly enjoy his humiliation, shop online and save your favorites for him to buy, etc. Even if you’re shopping alone you can toy with him. You can always leave items on hold for him to pickup or purchase, whether for you or for him. If the items are on hold are for him, I’ll leave it up to you the explanation you give the employee but I encourage you to exploit him a little bit. He will never know exactly what you told the employee unless you tell him.

(10) Images and videos from the Internet can be used as great reinforcement of who is in charge. I regularly send him pictures that capture a submissive sissy’s role. If your partner is anything like mine, these image reminders will psychologically trigger his submissiveness, which is the mindset you ALWAYS want him to be in. It is good for him emotionally and psychologically, and what he secretly yearns for in the relationship. Obviously you’ll need to be careful about how you send him these images however dirty they are.

Consider using a messenger service like Kik that automatically deletes the picture or video after having been viewed. Also, you both will need to toggle the push notification settings to prevent unintended and undesirable humiliation. Finally, please realize that you’ll probably see many images on the Internet, which brings up two VERY important things to mention. Don’t assume your husband is into any fetish that pops up during your searches. There are fetishes such as cuckolding, diaper fetishes and forced bi that he may not be interested in. Communicate with him to learn what makes him tick and then use it against him. Second, don’t forget to erase your browser history. No need to explain that one!