Is Your Favorite Sex Fantasy Weird? This Study Will Tell You

Is Your Favorite Sex Fantasy Weird?
This Study Will Tell You 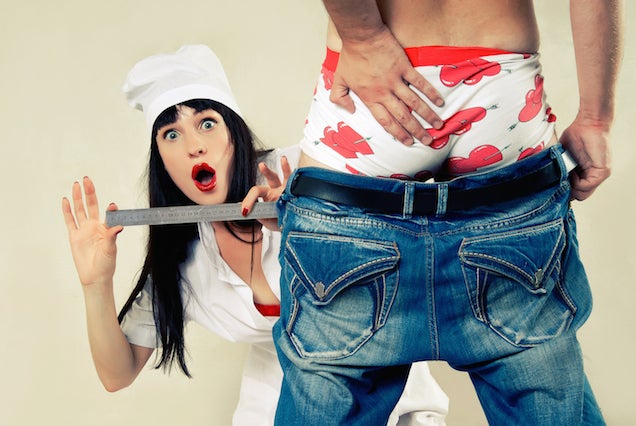 In a study published Friday in the Journal of Sexual Medicine, a group of researchers interviewed more than 1,500 adults in an attempt to determine the relative popularity or rarity of a host of sexual fantasies. The bad news: you’re probably a freak. The good news: everyone else is, too.

Researchers from University of Montreal presented 799 men and 718 women

—85.1 percent of whom identified as heterosexual, 3.6 percent homosexual, and 11.3 percent somewhere in between—

with a long list of statements regarding fantasy scenarios, asking them to rate their agreement with each on a scale of one to seven. Anything rated over three was counted as a fantasy.

The study, as Business Insider notes, rated each fantasy on a spectrum from “rare” to “typical”: rare fantasies, occurring in 2.3 percent of the population, included the aforementioned least popular scenarios; unusual (15.9 percent or less) meant stuff like golden showers and cross-dressing; common (between 50 and 84.1 percent) included “dominating someone sexually” and having sex with a celebrity; and typical (84.1 percent or more) were such plain-jane fantasies as threesomes and hand stuff.

Next, the researchers hope to analyze smaller trends and associations: People interested in domination, for instance, also tended to fantasize about submission—might other fantasies be similarly connected? The full data set is available for viewing via Business Insider here.

Sex Q&A : Is My Wet And Messy Fetish Safe?