My first experience meeting a Mistress

She called me “Slave” right off the bat… I found her website and saw her co-star, a famous professional domme I had seen off the internet a few times. She was looking for web developers and posted an email through her twitter feed. I sent her an email explaining that I could help with the website and chauffeuring. Through her emails, she did not seem particularly demanding – at least for any money, so therefore I bank transferred her a tribute without delay, which I knew she appreciated. I also only did this because I knew from her production videos that she was real. 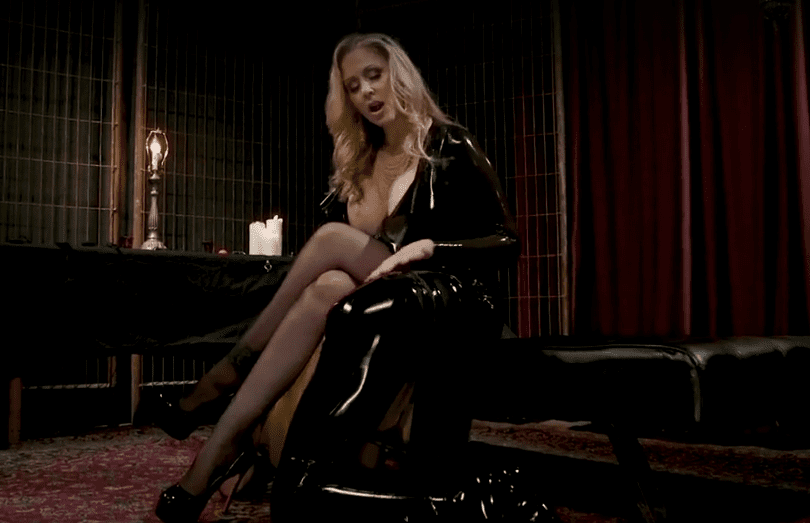 In my email to her, I warned that I had coronavirus but was starting to feel better. She, therefore, didn’t let me see her until the following month but I knew she appreciated my honesty and would reward me for it.

The following month, I traveled downtown to the agreed meeting point at the correct time. While on my way, she emailed me her number and a completely new location. I started to panic but realized I would make it by walking because I had left half a day early just in case I would make some sort of mistake and regret it for the rest of my life…

When I arrived, I sent her a selfie of me as she had instructed earlier. She then called me up and gave me her precise home address, and passcode for entering her building which was literally a skyscraper. When I reached the outside entrance, I was cluelessly typing in the password at which point out of pure chance, a random passer-by opened the door for me. When I reached her flat on a very high floor, I rang her and she was surprised that I had found a way in after she had almost certainly tried to test my competence and memory with her instructions over the phone earlier. As she opened the door, she let me in politely but as soon as the door closed, I was ordered to take my clothes off.

She offered me tea which I accepted even though I was nervous to drink something from a stranger… I saw she had laid out a few bondage items including a very obvious and large birdcage chastity device. First, she asked me if I had brought makeup, and rubber gloves with lube. I bravely smiled and nodded my head as confirmation of my great efforts in trying to impress her. The day before, she had emailed me to tell me that she wanted to spend extra time with me and it would be greatly reduced if I didn’t bring those certain items the following day. I had pondered over buying these items given that the supply of rubber gloves was low, shops were closed, etc. and I could just meet and greet her before starting my services for her, but something crossed my mind – not to piss her off…

She smiled and told me to come over to her where she sat on a large modern sofa. I went over, and before I was about to proudly sit next to her, she clicked her fingers and ordered me to kneel on the hard floor. As I handed over the makeup set, she told me to come closer which I did. She then said, “I can’t reach you”, so I hesitantly got right up to the point my face was nearly touching her breasts. Then she stood up and jumped back to make way, and revealed she had been holding some tweezers, and then started furiously plucking my eyebrows. Not only was she targeting my unibrow, but she was reducing the size of my eyebrows into those of a doll woman’s!

As she pulled out the hairs, I was surprised how quick it was – thanks to the adrenaline of it all, but mainly her experienced swift technique I could feel my brain was buzzing and turning to mush at the same time. This I think was my first true feeling of submission – I had completely given up any resistance and felt the point of no return had flew past on multiple occasions – now sealed in the form of my new dollified eyebrows. All this was done without a word, and at one point as she was plucking away furiously, she saw I grew an erection, to which she responded my stamping on it with her bare foot. This… I never knew I could enjoy.

After she had finished with my eyebrows, she grabbed my nipples and gave them a pinch and twist. She teased me and tried to see how competitive I was with how much pain I could withstand. At first she smiled, being gentle, and mocked: “Does that hurt?”, to which I replied with: “No it’s fine”… And then she suddenly twisted like a maniac, at which point I started to scream.

She then moved on to my balls. She picked up her tweezers which she had plucked half my eyebrows off, and then frowned at how hairy I was down there. I muttered out: “oh god”, to which she endearingly showed mercy and heavy-heartedly put the tweezers down. This woman was definitely a sadist and I knew that she was resisting her urges so that I wouldn’t run away from her. And besides, she knew she could come back to it.

Stay Down and Shush Up Your Just a Submissive Man

2 thoughts on “My first experience meeting a Mistress”