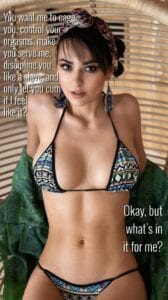 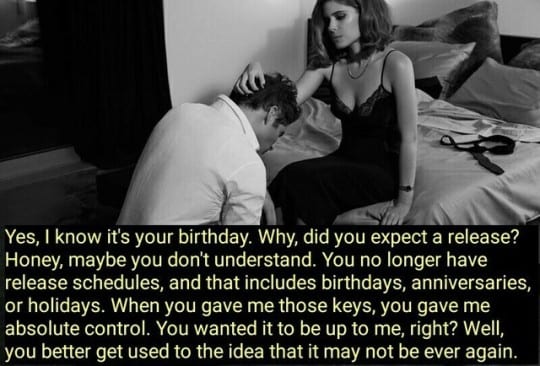 The concept of being locked up for an extended period of time is also appealing to appliers of chastity devices and those that wear them. Because the key is kept in control of the dominatrix, she can decide when it is allowed to come off and orgasm is allowed to be experienced. It should be noted that while the implication of never being allowed out is sexually appealing to a lot of men during a scene, most dominatrices will allow for their chastised slaves to experience an orgasm every once in a while. Chastity in and of itself should not be eternal; otherwise, the teasing and waiting aspect serve no purpose other than to frustrate the individual. Orgasms after being locked up for extended periods of time are often reported to be much stronger and enjoyable when compared to their normal forms. For this reason, chastity presents itself as a potentially attractive opportunity to experience a better orgasm.

True Confessions of a Dominating Facesitter

5 thoughts on “What are Chastity Devices Chastity Orgasm Denial”