What makes for a good FLR?

In Female Led Relationship – Obedience- He’s told what to do and obeys all orders! 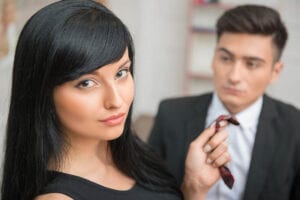 The most important one should be talked about first because if you man is obedient then everything else falls into place. Obedience is pretty straightforward. The Mistress gives the orders and the submale follows them! No discussion takes place it gets done by her sub no matter what! No discussion or debate, just, “Yes, Ma-am!” when the Mistress tells him to do something. The submale recognizes that the Mistress manages the money, make all decisions, make rules as needed to keep the house running smoothly, plan all social agendas while the submale brings in a paycheck.

Mistresses have to be demanding! As a Mistress you need to confront your submale if he displeases you… you make it known and you raise hell! Yes, the Mistress in charge and he knows it. The Mistress gets aggressive with him every now and then to remind him that She is the boss. Women have been taught that they have to be nice – don’t believe it! You can’t be nice and have an FLR. Release your inner bitch! Men love bitches! Be one!

Start early – The earlier in a relationship you start giving orders the better it is for both of you. You’re going to like being in control, and he’s going to love your being in control. Men want to please women, so ladies, don’t stand in his way! Tell him what he needs to do to please you!

Being obedient pleases him – Give orders and he must follow them all without question! Train your submale to be the way you want him to be. A bit of training will always need to take place, but if he is a true sub it will not be an issue to take the orders you are requesting for him to be trained accordingly. Have him great you as ma’am or as you pleased so that it may reinforce both roles within the relationship. Your man is going to see you’re ordering him around as a sign of love. You’re going to see it as a sign of your authority. Well, everyone is happy!

Insist that he shut his mouth! – Demand that your man shut up!  Because men don’t have anything to say; women do. I don’t want to hear his complaints or how hard his day was, and I sure don’t want to hear that he didn’t get his housework done or that he didn’t do what I told him to do. Men speak when spoken to or when asked to join a conversation, a conversation that is woman-led.

Insist that he listen – Men should shut up and listen to what women are talking about, what they have to say, what their plans are, what their concerns are; how they want things done. What women say matters and men need to understand this and act accordingly. When they listen, men are in a position to better respond to women, to be of service. This is satisfying for all involved.

Insist that he show you deference – He should be treating you with respect. “Yes, Ma-am!” is mandatory, don’t care who is around. An apron is mandatory; he has to wear one at home no matter who is visiting. He enjoys wearing this sign of his subservience, but, like it or not, he wears it because I demand he does.

Make and enforce rules – You’ll want to have well-documented rules and standards to ensure that he does things right. By “right” I mean how you want things done. We have plenty of rules for everything and he has to know them. There’s the right way to clean the living room, the right way to light a woman’s cigarette, and so on. And there are established routines that he has to follow; every day of the week he has housework todo. It’s expected that he come home and do his chores and do them according to how the Mistress demands them done.

Exercise your power – An in-charge woman has to exercise her power. To keep him in the proper frame of mind we tell him to do things; all sorts of things. I’ll come home and just drop my things here and there and tell him to pick them up. Men love to do things for women, it gives them a lot of fulfillment – fulfillment from being obedient.

The Night That Changed My Submissive Life