I suspect I was like most wanna-be submissive male subs, keeping the secret of my desire, afraid of being “found out” and subjected to ridicule. I had accepted the probability that my fantasies would never be realized. But, hey, most fantasies AREN’T ever realized, that’s what fantasies are; unattainable.

My fantasies possessed me from a very young age. Before I knew anything about sex. For some reason, I would imagine being physically defeated by a certain classmate, Kay, being wrestled to the ground and her pinning me. She would end up sitting on my chest and smiling at my humiliation. 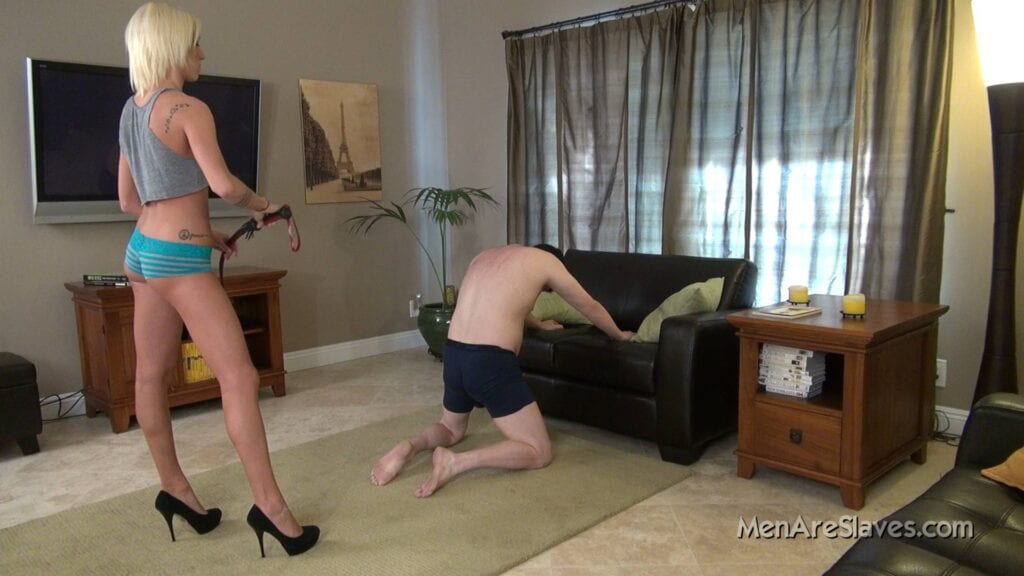 As years and decades passed, my fantasies progressed in intensity. With each limit, I mentally told myself I would never cross began to topple, and now my fantasy wish list includes mental and physical humiliations that even surprise me.

No big deal. It wasn’t going to happen anyway. I got married and stayed married almost 40 years to a wonderful woman. We shared the same values and ideas, except for our sexual preferences. She preferred vanilla and I was a Neapolitan rocky road. I couldn’t adjust and neither could she. Sex became a thing we used to have when we were younger. We both wanted more out of life. Therefore, we attained the friendliest, cheapest, most amicable divorce imaginable.

My Experience Visiting a Dating Site

So, I visited a well-known dating site. A conventional one that served “normal” people just to meet someone. After a few false starts, I got a message saying she just wanted to tell me that I was a very good-looking guy. That’s nice, though I, and replied with a thank you. We began chatting, and it occurred to me I was in touch with a strong, driven, alpha-type female who insinuated that she had usually been the dominant partner in her past relationships. I immediately proposed we meet and she agreed. I was excited, yet skeptical.

The Wanna-Be Submissive Giving In to The Alpha Female

On our first date, she tied me spread-eagled to the bedposts, sat astride my chest, and shaved my pubic hairs without any consideration for my opinion. She did it for her pleasure.

Sensing my submission, she then turned around and placed her feet over my face, and told me she wouldn’t untie me until I licked them to her satisfaction. An hour later, she was satisfied and I was hers to bend into whatever she wanted. I stayed the night and the intended dinner engagement was scrapped as we never got out of bed.

We talked all night. She sensed my submissiveness early and felt confident in her ability to dominate me. She considered females, especially her, superior to males and told me straight up she was only interested in a Female Led Relationship, and how did I feel about that?

Everything I had locked away and yearned to say out loud flowed easily and unashamedly for the next hour or so. My God!, she understood me, didn’t judge me, coaxed me to hold nothing back, just nodding as if my cravings were natural and expected. I came back the next night and my journey began. And I now understand the adage of “be careful what you ask for, it just might come true!”

One doesn’t feel pain in fantasies, being spanked, being slapped, woman-handled, kicked, physically bullied by a female actually stronger than her man. Reality can be surprisingly sobering when she does everything you begged her to do. I don’t have time to spell it all out right now. She’s on her way home and I have uncompleted assignments and that’s not good. I’ll explain later. If I fucking survive!

2 thoughts on “A Submissive’s Male Fantasy”