Mistress Alice And Her Wonderland (2)

I’ll Be In Touch When I Feel Like It 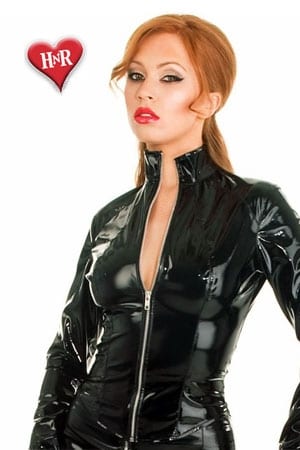 I was feeling badly beaten and sick as I headed for the door and closed it hard behind me. Nausea welled up in my brain and I was violently sick in the gutter. I felt choked with shame and a sense of devastation. I was so glad to be out of there and breathing in the cold fresh air of early morning before dawn. But most of all, I felt a sense of rejection, and the cold air did nothing to affect the sweet scent of her body permeating my nostrils.

Her final words, “I’ll be in touch when I want you,” still rang in my ears like a hollow promise she had no intention of keeping. I pictured myself going to the hospital and explaining why I had a lock on my cock and asking them if it could be surgically removed. Before I’d taken a few steps down the road, her door re-opened and she was there beckoning me back in. “Not so quick Slave. You haven’t given me your number yet,” she hissed at me.

“Don’t you know I’m going to have you for my wife you little idiot?” I couldn’t believe my ears. What was this all about now? Her wife? “Oh yes, honey Slave I’m not going to let you go. You’re going to be my wife ok. Now give me your number so I can contact you about our wedding.” As before I couldn’t take in what was happening in time to reply so she yelled out, “Your fucking number Slave.” I muttered, “Yes Mistress Alice,” and gave her my number. “Ok, that’s better.”

Mistress Alice And The Wedding

She pushed me out and I walked quickly away from her neighborhood. I kept walking with the competing feelings of shame and desire fighting for supremacy in my brain feeling like a failure in everything I’d tried to do before now. Surely, I had hit rock bottom. I had been raped by a woman and now she was going to take me into slavery as a woman’s trophy spouse! It certainly wasn’t the romantic dream partnership I’d always wanted. And the feelings of desire I still had for her?

Surely they were identical to the guilt accompanying the shame felt by rape victims throughout human history. As I reached home my phone was already buzzing with text messages. “Hello, Slave. Meet me at my house at 7 am tomorrow. Don’t be late Slave because we have a busy schedule. The Wedding’s at 12 noon. And put a suit on Slaves. Try to look smart.” I looked at the text in amazement. It was now 8 am. I slumped onto a sofa and fell into a deep sleep. When I woke up my phone was buzzing with texts every 2 minutes like an alarm clock on repeat.

I checked the messages. “Have you got that Slave? Reply to your Mistress now!” The same message about fifty times. I groaned and considered my options. If I ignored my phone and switched it off I could block her number later. Then I still could decide what to do about my cock-lock. In time I’d recover from being sodomized. Alternatively, I went along with it. It was my choice. But it really wasn’t much of a choice.

I felt alienated from the ones close to me already. Being Mistress Alice’s slave-wife wasn’t going to estrange me anymore despite my fears. More likely I’d be far more able to be myself with everyone. Being an obedient little wife wasn’t my aim in life, but it was certainly far better than being single and celibate.

I Declare You Man And Wife

By ten to twelve, we arrived at the hotel room where our marriage would be formalized. A woman showed me to the bathroom and told me to strip. I went in and there was a bathrobe laid out for me. I put it on and went back out into the room where a group of women had assembled. In the middle of the room, Mistress Alice and the Marriage Official stood surrounded by a circle of witnesses, all women.

When I approached this circle the women locked arms to forbid my entry. “The male will take off his bathrobe,” they said in unison. I took it off and placed it on the floor where consequently they allowed me in their circle. “Do you take this woman to be your lawful wedded husband?” the Official said. “I do,” I replied. “And do you promise to obey her, cherish and love her, for richer or poorer, for better or worse, in sickness and in health, so long as you both shall live?” “I do,” I replied.

Then turning to Mistress Alice the Official said ” And do you take this man to be your lawful wedded wife?” She looked at me and said softly, “You better believe it,” before replying, “I do” to the Official. There was no time for rings. Next thing the Official said “I hereby declare you Man and Wife. You may kiss the bride. “At this point Mistress Alice came over to me and kissed me on both cheeks.

At this point, the Official said the witnesses were there to provide any backup in the way of discipline should Mistress Alice need it. She hastened to add that it wasn’t likely Mistress Alice would need it. They all laughed at that but then I was forced to bend over and get 2 lashes on my bottom from each one. After this, I was told I could leave the circle and get dressed. When I was dressed, I came back into the room and the witnesses had formed two lines at the exit. Mistress Alice grabbed my arm and we left with all witnesses wishing us a long happy marriage. As soon as we got back home, Mistress Alice kicked me even harder in the balls than before. “Hahaha!” she laughed. “Now no one can stop me now!”