The Dominant Ladies At The Coffee Shop 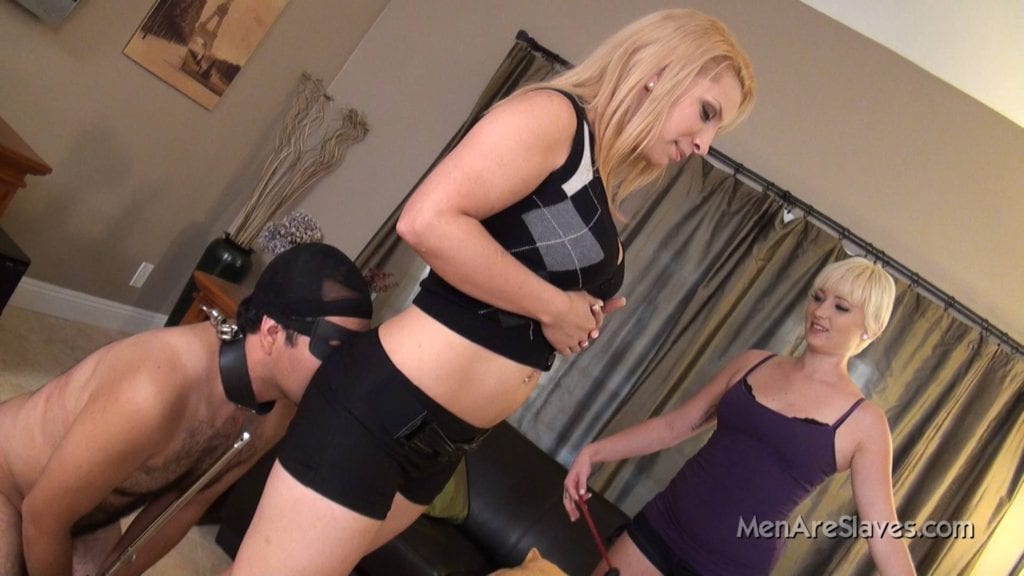 I spoke to the waitress and told her I would pay their bill. When the waitress notified them, the dominant ladies asked me to join them outside to smoke a cigarette. They introduced themselves as Crystal and Paula. After a few minutes of chatting, the one who looked at me with a dominant gesture, Crystal, told me that she had very special tastes and that she only accepted meeting with submissive men. Paula nodded and seemed knowledgeable about Crystal’s tastes in submissive men and female domination.

The three of us left the coffee shop together and headed toward the bar across the street. After an hour of conversation at the bar, we went out to smoke another cigarette. All of a sudden, Crystal took me to the entrance of the garage, put me in a corner, and ordered me to kneel and kiss her hand.

When I got up, she slapped me twice across the face. A few minutes later, Paula approached us wondering what was going on, and said,

The dominant ladies started laughing together.

After several minutes of them laughing at me, Paula finally started slapping me across the face.

When they were done humiliating me, we went back into the bar where we spent a few more hours chatting and drinking. It was already three in the morning when we decided to leave the bar. I exchanged phone numbers with my new Mistresses and just as I was getting ready to leave, Paula approaches the car and signals me to lower the window.

As I got out of the car and followed her back to the bar, I got a very hard erection. Once we were inside, I saw a group of attractive women standing in the bar staring at me. At this point, it was very obvious that I was highly aroused by the situation.

When I finished kissing her hand she slapped me across the face in front of the group of attractive women. They watched intensely as I was repeatedly slapped and told I was pathetic. It is difficult to describe the feeling of humiliation and shame that I felt at that moment. I felt like I was in subspace and was so happy to have met these dominant ladies who continued to humiliate me.

A Brief Explanation Of Sadomasochism