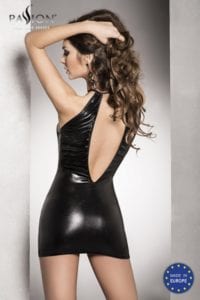 Is He Really Submissive To You?

A submissive man lives for you, his opinion no longer counts, or at least counts significantly less. His deepest fantasies will be about being dominated by a woman. I can assure you the mental pleasure a submissive man receives is different from a man that isn’t submissive. To him, it is about cerebral gratification which leads to sexual arousal.

Indistinguishable Traits Of A Submissive Man

However, there are character traits that submissive men have that are indicative of their unmentionable desires for a dominant woman. The most obvious are the following:

1) He is not the type to want sex regularly.
2) He may help you do chores or do all the chores around the house.
3) You see him staring at you when you wear sexy outfits.
4) He is very attentive to your health and body. He often asks you how you feel and offers to give you a massage.
5) He tells you several times a day how much he loves you.
6) He does not hesitate to give up what he is doing to be of service to you. For example, he will pick up your clothes from the dry cleaners during work hours or run a bath for you when you ask him to.
7) He is very polite, courteous, and respectful.
8) He gets an erection no matter how you are dressed.

Gradually Impose Your Female Dominance Over Him

It has to be gradual. Little by little, surprise him by asking him to do more service tasks. Be attentive to his mood too. If he is tired after a day of work or looks angry, do not ask him to do anything for you and allow him to relax. But keep on imposing your female dominance subtly. If he is in a good mood, this is a good time to exert your female dominance over him and ask him to do things for you. Little by little he will become addicted to you taking control of him.