The Perfect Contract for a Successful FLR

The Perfect Contract for a Successful FLR

The best way to insure a perfect and successful FLR is to insure a complete understanding of the relationship by both parties. 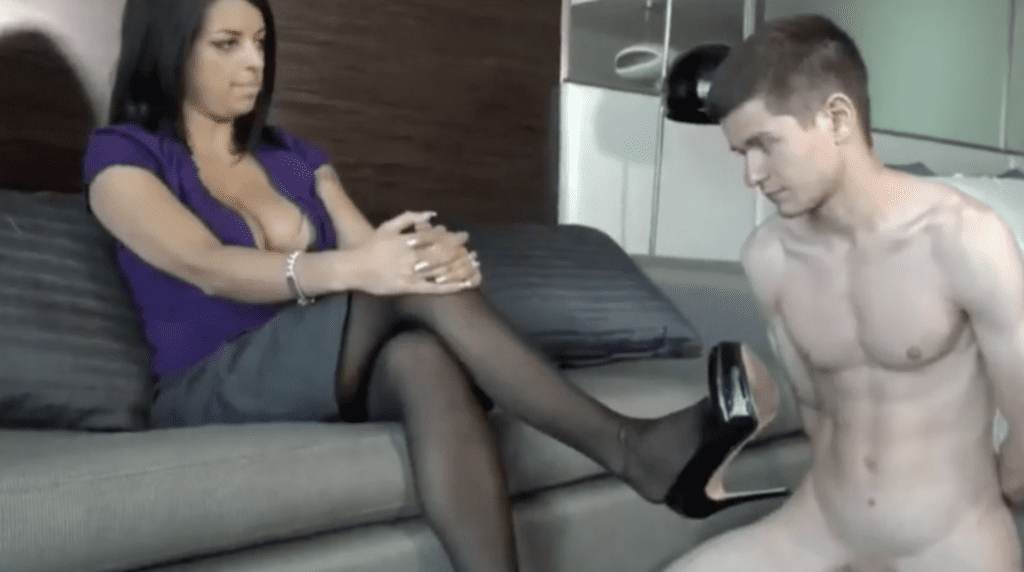 This contract is presented as a lasting agreement, which attempts to define in specific terms the relationship and interaction between two people, hereafter called the slave and mistress. This agreement must be signed voluntarily, but can not be broken except as provided therein, after which certain precautions must be taken to protect those involved. (See section 7.0.0)

The slave agrees to submit completely to the Mistress in all ways. There will be no limit on place, time, or situation in which the slave can refuse to obey an order from his mistress without the risk of punishment, except in situations where the slave will be granted a veto (see section 1.0.1).

The slave also agrees that, once this contract is signed, the body becomes the property of the Mistress who can do what he likes, within the limits defined in this contract.

The slave agrees to try to please the Mistress to the best of his abilities, in that it is primarily for the pleasure of the Master.

The slave, in appropriate times, holds a veto on any order that may be given by the Mistress can then refuse of right to obey that order. This power can only be invoked in the following circumstances, or when the Mistress and slave agree: When the order given conflicts with one or existing laws and could lead to a fine, arrest or appearance the courts of the slave.

Mistress accepts responsibility for the body of the slave so that it can enjoy as it wishes, respecting the conditions set by the contract.Mistress agrees to take care of the slave, to ensure her safety and well-being, as she will own the slave. Mistress also accepts to commit to treat the slave as it should be, the result, discipline and use it according to his will.

The slave agrees to accept any punishment the Master decides to give him, whether he deserved it or not.

Punish the slave is an act subject to certain rules designed to protect the slave from intentional abuse or permanent bodily harm (see 4.0.0).The punishment should never cause permanent injury, or any of the following forms of abuse: Never shall we see blood. The punishment must end immediately if blood appears.
Burn the body
drastic loss of circulation
Causing internal bleeding
Unconsciousness

Since the body of the slave now belongs to the Mistress, it now has the responsibility to protect that body of any permanent injury. If ever the slave had to suffer permanent injury during administration of punishment or any other activity related to servitude, whether intentionally or by accident, there will be open for the immediate end of the contract if the slave desired. A permanent injury will be determined as follows:
Death
. Any damage that involves a restriction of mobility, including broken bones
. Any permanent marks on the skin, including burn scars, unless the slave consents
Any loss of hair, unless consent of the slave.
Everything piercing the flesh which leaves a permanent hole, unless the slave consents.
any disease that can lead to the above results, including sexually transmitted diseases.

The slave may not seek any other Mistress or partner or share with anyone sexual activities or submission without the express permission of the Mistress. Doing so will be considered a breach of contract, and will result in a significant punishment. The Mistress may accept other slaves or partner, but must consider the emotional response of the slave to these actions and act accordingly.

Any physical evidence of servitude must be kept in total secrecy, except in circumstances where the Mistress and slave agree to the contrary.Any violation of this clause will be enough to justify complete permanently this contract if the victim of the violation wants. The material and physical evidence of servitude should be kept locked up in a place known and acceptable to both parties.

This contract can not be altered, unless the Mistress and slave agree to the contrary. If the contract should be changed, the new contract shall be printed and signed, as well as the old contract must be destroyed.

I have read and understood the entire contract. I accept become the property of my Mistress confirming the transfer of ownership of my body to my mistress. I understand that will lead me, lead me and punish me like a slave, and I promise to devote myself to the desires and pleasures of my Mistress to the best of my abilities. I understand that I can withdraw from this contract except as provided in this contract.

I have read and understood this agreement in full. I accept the slave as my property and I pledge to take care to the best of my abilities. I will provide to the slave security and well-being, as I will direct the will train and punish him as a slave. I understand the implicit liability of such a commitment, and agrees that no damage will be done to the slave as long as it remains my property. I further understand that I may withdraw this agreement at any time.

11 thoughts on “The Perfect Contract for a Successful FLR”