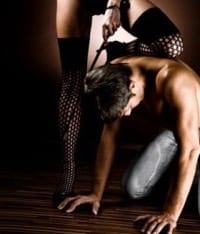 The central point of the previous articles was, be sensitive to her, her desires, her needs, her whims, her ideas of fun and comfort – and start delivering, without making a big deal of it, and without overwhelming her to the point of baffling suffocation.

The problem is, a submales unlikely to get what he wants most of the time. You want orders that you must obey. You want rituals you must follow. You want her to enforce her will, and you want enforcement by way of bondage and pain, liberally applied with intense satisfaction, if not glee and sexual delight, by the lady. If you’ve got that, or if she seems happy to give it a try, you probably don’t need to read this.

Assuming those are your fantasies and they’re not being met, readjust your fantasies. Never try to readjust the woman! You cannot “let” her lead; you cannot “let” her do anything; there is nothing for you to allow; you don’t have that power. Just the opposite. She already has it. It was her birthright. Your task is to learn where she wants to go, and then follow, with all your heart. 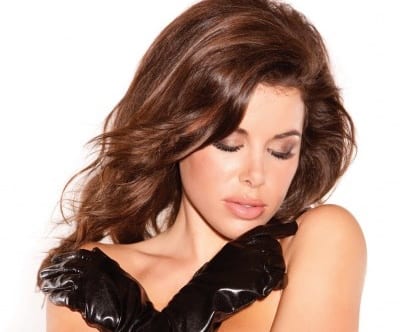 For this article, let’s examine a submales fantasy, and how it might play out to everyone’s advantage.

One that’s increasingly common is male chastity. The male’s genitals are encased in a locked device, the lady has the only key (making her the key holder), and the male’s sexual release is prohibited until the lady grants freedom, which is usually quite temporary.

Is that what you want?

Forget what you want. It doesn’t matter.

As always, practice sensitivity. Pay attention to her. If you were to broach the subject, what do you suppose her reaction would be? Really. Think about it, think hard, and for the next few weeks look for anything that helps you understand the world from her point of view. Would having to deal with some device like that bring her any joy? Would she like the control?

Either way, just paying attention to how she sees things has once again led you to a deeper understanding of this wonderful woman. What could you possibly do that could be better for both of you?

You task – and it should be a joyous one – is to understand what she wants. She doesn’t have to put on uncomfortable costumes and carry a bullwhip to lead the relationship, she only has to be herself. The last thing she has to be is your fantasy.

Start turning your mind around to what you can do for her.

If you want chastity under the lady’s control, simply give it to her. If devices and commands and such are not within her worldview or comfort zone, there’s no reason even to talk about it. She doesn’t need to know. Particularly if these things push her comfort zone – if you make her uncomfortable in any way, at any time, you have a lot of soul searching to do. (And if you do it expecting punishment, then you’re trying to make her live out your fantasy. Stop it. Now.)

Stop doing anything that makes her sexual experiences with you less than stellar, glorious, breathtaking, always, without fail, and then see the joy it brings you both. If she is having wonderful sex with a partner exquisitely sensitive to her every change of position, her breathing, her sounds, her perfume, a partner who sees when something is really working for her and gives it to her, precisely as much as she wants and no more and no less…wow. How wonderful her world has become!

If you can’t learn to be that kind of partner without putting a padlock on your penis, then live in fantasies and hire a pro. There’s no shame in it. Just stop fooling yourself that you’re in a Female Led Relationship.

On the other hand, if you act out of true love and true respect, think of the joy of pride you’ll experience every time she lies snuggled in your arms, perfectly satisfying, content, exhausted, and – best of all – feeling as loved as any woman on earth. Take your own joy and pride not from whips and locks and insults, but from knowing you’ve helped her to a celestial plateau of happiness.

Notice I said “helped her.” You didn’t give it to her, lead her there, take her there. She got there. You helped, by ignoring whatever the fuck you want, and making sure that you’ve become her favorite, most beloved sex toy (sorry about the objectification); because of how she feels every time the two of you make love.

So unless you think, after much study and consideration, that she would be open to your fantasy of a chastity device, don’t ever, ever, try to cajole her into it. The whole purpose of the FLR is her. You need chastity? Enforce it on yourself. Get yourself a mantra: every time you get that irresistible urge, resist it, telling yourself, “Because she’s the woman, that’s why!” If you slip up and feel the need for punishment, punish yourself, but not in any way that calls itself to her attention. Take away your own hot water privileges for a week, maybe. While you shiver, keep repeating, “Because she’s the woman, that’s why!”

For the next article – other submales fantasies and false expectations, and some strategies for abandoning them and getting to what she wants.

Because she’s the woman, that’s why.

Bringing Our FLR to the Public For The First Time

2 thoughts on “Submales; You’re the Problem – Time to Start Being the Solution”