Let’s fund a Female Led Relationship-friendly oasis with a high concentration of FLR residents and businesses.

Much like other urbanized groups, we will manage to utilize our space as a way to reflect FLR Matriarchal cultural value and serve the special needs of individuals in relation to society at large.

It’s time for men to step aside and let women take the lead.
We lived to see women lead not only families but entire nations, so why not transfer this power to a type of relationship and make it a loving female-led relationship?

Letting the woman take charge in a relationship is not something every man is ready to do, but more and more give the power to their women. It can be power in the bedroom, a certain aspect of the relationship, or completely taking over the entire relationship.

If you are a man, woman or a couple start funding  FLR Village and be part of the project.

The actual project location is in Florida. but it can be changed depending on fundraisers density location.

What is the definition of a female led relationship? 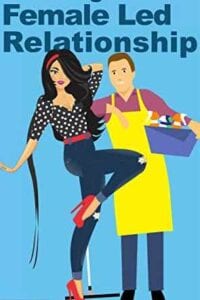 Although there is no official definition of what female-led relationship (FLR) is, the name itself gives several clues right from the outset.

This kind of relationship includes a dominant woman – a decision maker. If a man trusts her enough, he could experience a loving relationship in which he won’t have to be responsible for anything. This strong woman is only one of many in the sea of powerful women who have decided to take control of her life by her own hands.

You’d be surprised how many men are comfortable with being a submissive male. In a female-led relationship, there is no power struggle. There are no constant arguments in an attempt to prove that one person is more important than the other.

A man can see himself as a submissive man if he has to cook, clean up the house, or take care of the kids. But in a loving FLR, the female leads, which mean the chores and responsibilities don’t have a gender stamp on it.

FLR is not the same as feminism

Equating FLR with feminism is the most common mistake people make when it comes to these types of relationships. Regardless of what most think, the woman in an FLR relationship does not assume the role of a man. Although she is dominant, she does not wear the pants in the house.

A woman in charge mustn’t lose her femininity while her dominance grows. What needs to happen and what usually happens is the exact opposite. Her sexuality grows with her dominance. In situations when feminism is avoided, men tend to purely enjoy being in this kind of happily ever after relationship.

Their wishes are quite obvious to detect. Who wouldn’t want to arrange their life to their liking without having to fight for what they want?

Women like FLR relationships because there is no tension, there is no power struggle, there are no more arguments about housework. Most importantly, any woman would sign right now for the chance to form her man to her liking.

And the best of the whole situation is the man doesn’t mind being dominated. What’s more, he loves you better. He gives you affection and love because you’re taking responsibility over the important things.

He doesn’t see it as being submissive, but rather not having to take initiative until the end, for the rest of his life.

Although it might seem ridiculous that any man would want to be in a relationship where he’s dominated – especially if you consider their big egos – some men genuinely enjoy being in an FLR.

At first, it’s puzzling why any man would want that kind of a relationship, but from a closer look, it makes perfect sense. There is no more arguing, his life at home is much simpler and more relaxed, not to mention that sex life gets increasingly better with more kink.

I help my wife with her fantasy