Is Female Supremacy Taboo In Our Society?

What Is A Dating Site

Is Female Supremacy/FLR a taboo subject in American society?

We think it is because Slave Selection, a dating site for submissive men and dominant women is facing adversity at this moment. The dating site is dealing with advertisers and providers refusing to do business with them. It has been around since 2012 and has more than 250,000 members worldwide.

The reason for their refusal: Slave Selection is an adult site. However, these same companies refusing to work with us are working with other dating sites. Let’s take this opportunity to discuss what a dating site is. It’s a space on the internet designed to facilitate meetings, most often between single people looking for a life partner, companionship, or casual encounter. To register on a dating site, you must be at least 18 years old. Regardless of what the genre is for a dating site, the main objective for people creating profiles has always been to find a sexual relationship. 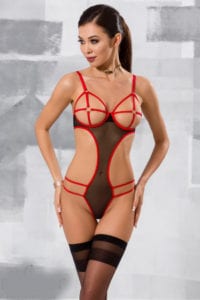 Female Supremacy And Our Society

This passage is a perfect definition of a sadomasochistic relationship. Based on this, it appears the reason why Slave Selection is having so much adversity is because it is about the dominant woman leading the submissive man. Is Female Supremacy the taboo in our culture? Despite these obstacles, we are very proud to have created Slave Selection.

My Adventure With Mistress Trinity

Mistress Alice And Her Wonderland (1)

1 thought on “Is Female Supremacy Taboo In Our Society?”