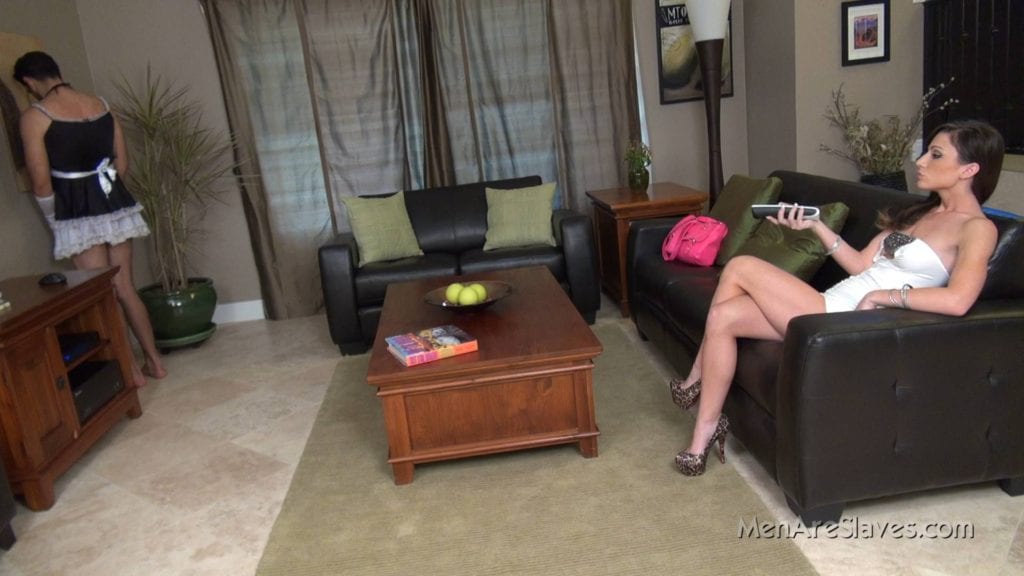 The First Cock In The Glory Hole

Sissy Nikki entered one of the rooms at the fetish party where the glory holes were. There were video booths next to the glory holes so she decided to watch a video while waiting for a cock to go through the hole. Within five minutes, someone did fill the hole with their dick. Sissy was nervous and just looked as the head slowly entered first. Then the rest seem to poke its way through. Sissy just stared at it wondering where the rest was. It was so small and brown she thought. She looked and thought about Mistress’ orders. She thought about the possible punishment she may have to endure if she refused to suck cock.

Sissy Nikki started to touch it with her fingers and it felt like a muscle that was trying to flex. But still, it was so small that she could only stroke it with one finger and her thumb. The position she was in was weird so she got on her knees in front of the brown cock. At that moment, she felt as if she was meant to be there and felt compelled to follow Mistress’ orders. “I am a sissy bitch and it is my duty to service a cock,” she said to herself.

Waiting For The Next Cock

Her lips began to surround the pencil-shaped rod. Wrapping her lips around that hard pole, she began moving her head back and forth with her tongue-tasting precum. She started moving her head faster and faster swirling her tongue around the head. Then she enveloped the whole thing into her mouth. It didn’t even reach the back of her throat. At that point, she felt this goo in her mouth and took a breath.

Trained As Her Fuck Toy (4)

1 thought on “Sissy Nikki Sucks Cock For The First Time”