The Humiliating Experience I Had 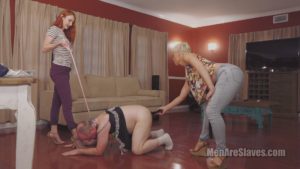 How Do I End Up In These Embarrassing Positions?

My wrists hurt! I feel the metal handcuffs ripping into my flesh as the car shifts from side to side through what I assume to be hills. I must have been in here for a few hours now but I can’t be sure as I was knocked out for the last hour or so. Was this the doing of the woman I met at the bar? It couldn’t be, could it? I mean she was a bit rough but not this rough. The car slams to a halt as the driver gets out and opens the trunk demanding me to get out in a familiar voice. I stand up while being lead by a leash, blindfolded and wrapped around a chastity device that was placed on me.

Hearing a door open, we both walk inside. The soft carpet feels relaxing on my feet.

I do as she says quickly to avoid any repercussions. My chains hit the ground reminding me of the pain from the cuffs. Really, how did I get into such a humiliating position? Like how?!?

She leads me further in the building.

Stopping, I swallow hard before answering,

She yanks the leash, 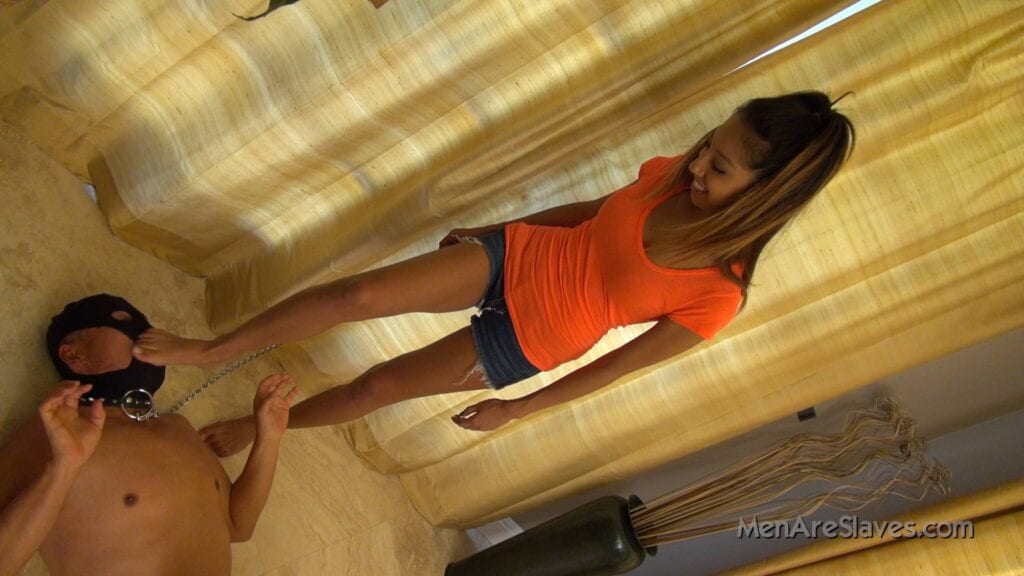 My Female Doctor Teaches Me A Humiliating Lesson

My dick did its best to get hard in the cage without any progress. I always thought my dick was average size, well until I had my annual physical last year with a female doctor. She was older but still had it going on and needless to say, I got a bit excited by her touch. That is before she started laughing at me commenting how cute my “little guy” was, and though humiliating it sent me over the edge to which she commented how unprofessional that was and that I needed to be taught a lesson. With the doctor’s hand squeezing my balls, instead of the hernia exam, she was about to do, she dragged me to the floor with them and made me clean up my mess with my tongue for being such a naughty patient.

My mind came back to my current situation when I felt a sharp pain hitting my balls. As I collapsed to the floor I hear,

We continue moving through different parts of the building. My only way of knowing we’re moving is that we go from carpet to tile and back. The light is brighter in the tiled rooms. Finally, we stop in a tiled room. She removes my blindfold as I look up, I see now why the voice was so familiar, It’s one of my sister’s friends from high school.

A Familiar Person From the Past Dominates Me

I knew we had crushes back then but the three-year age gap was too awkward for us. But now with both of us being out of college and establishing our careers, it’s a completely different story.

Mid-sentence she kicks me square in the balls again knocking me over.

I see a red light come on and notice a hole in the wall with a finger poking through it.

I couldn’t believe this!! She brought me to a glory hole! Wait, what do I get to keep if I obey..maybe her. I thought for a second and stuck my finger through the hole. Apparently, it was a second too long as she yelled, “strike one!” delivering another swift kick to my balls still aching from the last two.

A slightly bigger than average penis slides though and I look at Susie.

I get sucking applying all the techniques women have used on me throughout the years. He must have been waiting because I went to lick the underside of him and he came all over my face much to Susie’s delight.

I blush at her humiliating comments and repeat the process when the next finger pokes through.

This one is bigger than the last by two inches at least but thinner too. I get going as he moaned,

I lick it up and when I bring my head up the biggest dick I’ve ever seen is staring me in the face. It must have been ten inches and wide! I got to work quickly barely able to contain the monster in my mouth.

He finally filled me up all running down my throat.

She sets me up and leads me back outside…

The Importance Of Women & FLRs In Today’s World

My First Session With My Foot Fetish Mistress