Fitness Training For The Submissive Men 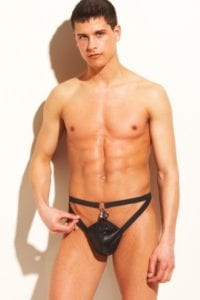 In the main building of the Mineral Beauty spa, there was an outdoor fitness area where the submissive men had fitness sessions led by the town’s all-female police force.  The Chief of Police, Persephone was in charge of the session that day accompanied by members of the police force. They wore blue tank tops with blue shorts and impeccable white tennis shoes that matched their uniforms. Persephone checked the weather online and said to her female subordinates, “Looks like there is a storm coming today.”

“We will not be able to use the cattle prods, oh well … nothing we can do about that. Tell the others we are going to use the whips today and have their raincoats ready. Today is going to be a wet day.” “As you wish, madam,” said the female subordinate as she rendered a salute to her commanding officer and left to notify the others. Chief Persephone and a group of female officers went out to the fitness area where a group of submissive men was already waiting for them. All the men were completely naked except for their respective collars around their necks and plastic cock cages.

The men were on their knees looking at the floor waiting for instructions. “Pathetic slaves, all of you look like fat pigs. You’re an embarrassment to your Mistresses,” Chief Persephone said while she cracked the whip. “But as luck would have it, you will be at my complete disposal today. Don’t worry, I have permission from your Mistresses to have fun at your expense, UNDERSTAND YOU MISERABLE PIGS!!” As Chief Persephone said this thunder is heard from a distance. “As you wish,” said all the submissive men in unison while they shivered outside in the cold. “All right, stand up, start running … MOVE!,” said Persephone. Immediately, the submissive men stood up and began running around the track.

The men ran barefoot around the track while the female officers screamed at them to run faster. Some of the female police even whipped the backs of the submissive men that slowed their pace so they would run faster. Persephone preferred using cattle prods instead of the whips but the weather made it dangerous. Fortunately, the whips gave the same effect. Suddenly, a light rain began to fall, and some of the submissive men started to slow down.

“What’s wrong?” Persephone screamed, “Did we give you the order to slow down? I want to see all of you do leapfrogs.. FAST!!” Immediately, all the submissive men got in a straight line and every other submissive got on his knees while the man behind him jumped over his body. “Alright, I know how much frogs love rain, move faster!”

Dr. Demeter And Her Study

Meanwhile, inside the spa, the Director of the Mineral Beauty Spa Dr. Demeter, received a group of twenty Mistresses accompanied by their submissive men. Each submissive man wore a cock cage, a collar, and a mask that prevented him from seeing, hearing, or speaking but would allow him to breathe.

“Welcome ladies, thank you for volunteering to be part of the study,” said Dr. Demeter. “Now follow me to the testing area,” the ladies led their submissive men down a long corridor to a room. Inside, there were a series of racks with straps on both sides. On the other side of the room was a desk with a control board. “Lie your submissive men face down, strap his feet and hands to the sides of the rack and remove the cock cage.”

Once the ladies were done removing the cock cage they were given additional instructions. “Put latex gloves on and stimulate the anus of your submissive men; to be part of this study, your sub should have a minimum of one week in chastity in addition to never having been penetrated.” A lady in the group raised her hand to ask a question, “Excuse me, Doctor, my sub is starting to get an erection,” the doctor looked and indeed, his cock was beginning to swell very quickly. “No problem, it’s part of the protocol, please if your sub has an erection, leave it alone I am going to gather the instruments for the experiment.”

Ready For The Obstacle Course

The doctor returned to the area with a tray containing several pieces of plastic tape. “If your sub already has a full erection, put a piece of tape at the base of his penis, this will prevent him from ejaculating.” While the ladies put tape on the base of the penis of their submissive men, Dr. Demeter went around the room and placed each penis in a tube that sealed the entire penis and had a collection bottle at the end of it. The Mistresses continued to anally stimulate their subs.

Back in the exercise area, the submissive men were doing pushups. Some of the female officers and Chief Persephone stood on their backs while they did it. The light rain turned into a thunderstorm but the exercises continued. “Not one of you deserves the privilege of licking the mud off my shoes.” Persephone came down from the back of one of the submissive men and said, “Now… everyone to the obstacle course.”

Within the testing area inside the spa, Dr. Demeter continued with the next step of her 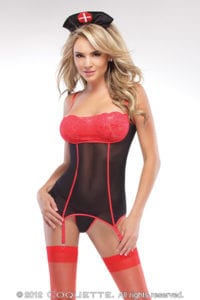 Once the tapes were removed, the collection bottles started to fill quickly with semen. The doctor took the warm jars, labeled them, and replaced them with another bottle. The ladies continued to penetrate their submissive men filling more collection bottles with semen. “The tubes moved with more force while the ladies happily violated their subs.

Meanwhile, back in the obstacle course, thanks to the authoritarian hand of the police all the submissive men finished the obstacle course on time and were lying on the floor in the mud completely exhausted. “Well well, I think the pigs deserve a drink to quench their thirst, what do you think ladies?” said Chief Persephone

The female police officers cheered at the idea their boss offered. The ladies unzipped their shorts, pulled their panties down, stood over the submissives who were still laying on the floor, and urinated in their mouths. “Taste my golden shower!” Persephone said with satisfaction. She watched as her urine overflowed his mouth and dripped down his face to his chest.

“Get up and go take a shower, your Mistresses will be here soon to pick you up.” When the subs were done taking a cold shower, Persephone ensured that each submissive returned to his Mistress. When all the subs left, she ended her shift and went home to take a warm shower. A small pleasure that was denied to the submissive men today when they were done with the obstacle course.

Back in the testing area while Dr. Demeter looked at the collection bottles full of semen her sister walked in to greet her, “Hey sis, how are you?” Mayor Athena said. “I see you had a good milking today,” she said as she looked at one of the jars full of semen. “Yes Athena I did, it was a great collection.” The semen was part of a project for the Beauty Spa headed by Dr. Demeter. She is planning on creating a feminine beauty cream made with authentic submissive semen.