A Dominant Woman Comes In all Forms 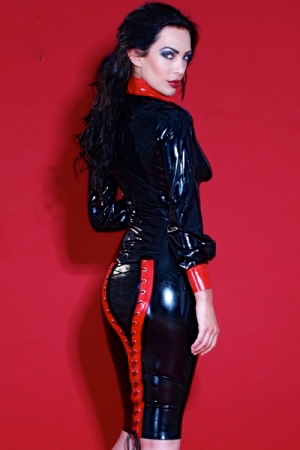 The second thing you need to understand about mistresses is that they are women (and I wonder if there isn’t a little girl inside some of them). I imagine that they like to be treated like women. Finally, they are dominant females. They can also be a number of other things in between including mothers, gardeners, computer programmers, bicyclists, book readers, and sports fans – all the more levels on which you can relate to them.

The key is to relate to them first on a human level, then on a woman level, and finally on a female dominant level. Try to envision them as real people. Ignore, for the moment, the image of a leather-clad beauty in spiked-heeled boots. Chances are that’s not what she’s wearing when she’s reading the net anyway. If you saw this dominant woman dressed in normal clothing, and you met her in the supermarket, or on the tennis court, or coming out of an office building, how would you go about meeting her?

It’s unlikely that you’d immediately throw yourself on the floor in front of her and kiss her feet. Women tend to run away from people like that or call the police, or both. Chances are you would look for an opening and use it. Something like: “I heard what you said about … and I am interested.” or “That’s a great backhand you have.”

So why would it be any different on the net? Why is it that some people think that just because a woman is dominant, she is some sort of a slut? A sexually aggressive woman is not necessarily a sexually free woman. Yet most of the clueless subs on the net post articles or personals which are about as tasteful as walking up to a woman and asking her, “Wanna fuck?” This isn’t exactly a bad statement – later on in the relationship. As an opening line, however….generally it sucks.

If you are going to attract a dominant female, you will have to offer her something – offer her the most important thing you have – you! If you are out for more than a temporary female-led relationship, you’ll have to do more than just pay for it. Make her want you, make her want to dominate you. To do this, you have to be a good sub.

My First Meeting With Goddess Mistress