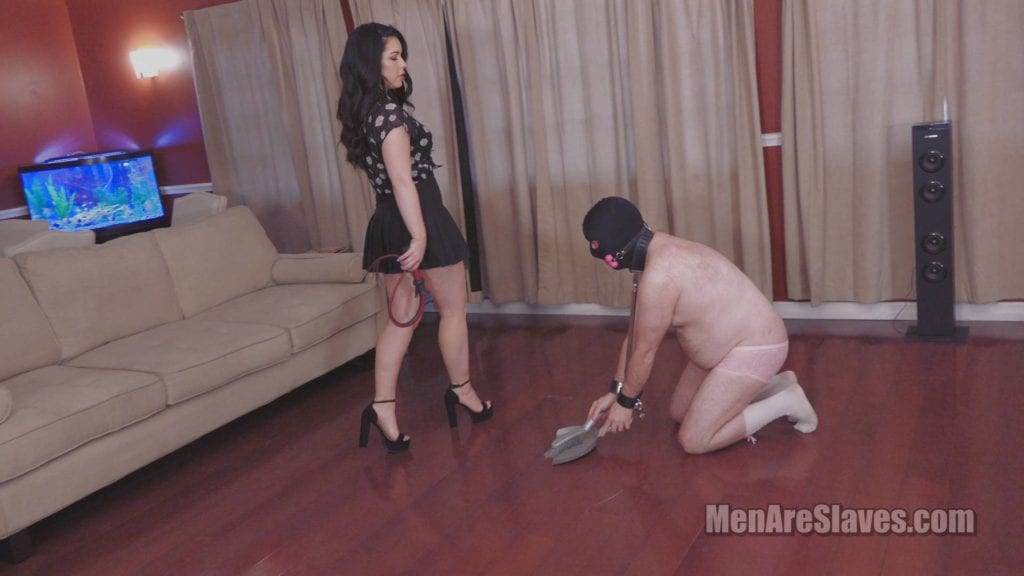 I could hear them chatting as I entered to give both ladies their wine.

MY mistress chimed in,

I was embarrassed by what this beautiful woman was going to see, but I had no choice and I watched Kristy’s facial expressions as my pants fell to the floor.

I hesitated but did as I was told.

The key was on a necklace she was wearing.

She motioned for me to go to her as she rubbed on her large dick. I was hesitant. As I got closer she spanked me hard.

She slapped my ass and pulled me down as Kristy watched.

I looked at Mistress Lucy in her black latex top and the g-string she was wearing. She said,

She made me bounce on her lap, the chastity bounced on her hips. She said,

My Adventure With Mistress Trinity

How To Adopt The Look Of A Femme Fatale