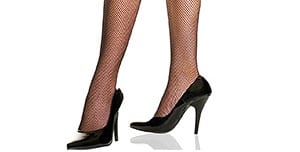 The following Monday the submitted managing director came to present his morning homage to his sovereign, according to the custom which she had imposed. After exchanging the news of the weekend, they came to the schedule of the day. Amaury asked her to do a filling and archiving work, a tedious task …

The submitted managing director was summoned by his secretary in her office! 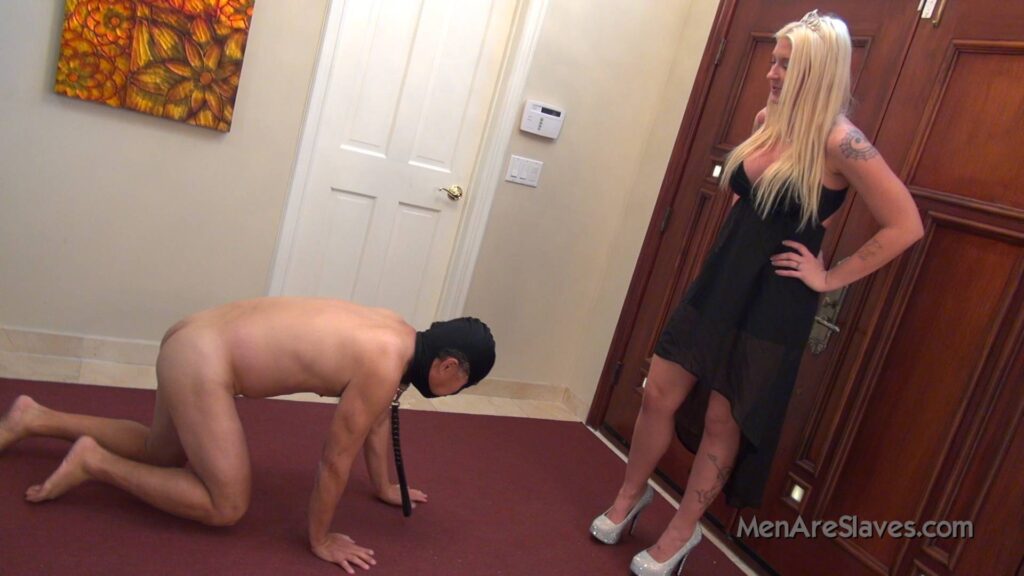 At the end of the day, as expected, Eva summoned the manager. As soon as he entered the office of his secretary, he was dazzled.

Eva had swapped her suit for a sumptuous evening dress, slit up and down, and whose corset marvelously brought out the finesse of her waist and her dreamy breast.

Humbly kissed the bottom of her dress and stretched out in front of her, face down. Eva put her shoe on his head, then climbed onto his back. She traveled slowly, majestically, taking her time. Amaury was completely distraught with adoration. If he felt the painful pressure of her high heels, it was nothing compared to the delicious caresses of her dress on his body …

She went down from his back and sat down on a stool, turning her back.

He obeyed and soon was right behind her. She spread her elbows. Amaury immediately put his hands to her waist and began caressing her flanks. Eva grabbed his hands and carried them to her breasts. Sticking to her, she drew his head against her neck.

She turned, faced him, and unfastened her bodice … Amaury plunged to her breasts and kissed them passionately … He sucked and nibbled her nipples delicately … She began to groan …

As if lashed by these words, his subject redoubled in passion … He nibbled his breasts a little louder … She arched back, leaning against the desk …

No longer holding her, Eva seized him brutally by the hair, raised his head, and kissed him. While their tongues mingled in a fusional kiss, her hand took possession of his penis and caressed it, first gently, then with increasing vigor. When she felt it hard, she discovered her legs, and began to caress with his penis, making the pleasure last … She then placed his penis at the entrance of her vagina, causing it to return a little … then come out … Finally, She abandoned herself to his submissive managing director …

Amaury slipped his arms under her legs and raised them up, then sank slowly into her … She stiffened … What a sensation … She felt filled … He sank a little more and began to print slowly back and forth … Eva gasped louder and louder … Then Amaury accelerated his movements … But to control his own pleasure, he had to slow down several times, which further exacerbated the desire and impatience of his sovereign …

When he felt that she was ready to enjoy, he pressed against her, her lower abdomen caressing her clit … Under the grip of double excitement, Eva felt like she was going crazy … She was in the seventh heaven … Her Eva felt herself coming … “Again … again …” He pounded her like a mad man … She adored … “Yes like that … continue …” Finally, she Reached the ecstasy …

Eva took some time to recover, as her orgasm had been strong. She contemplated Amaury, who had retired, and stood face to face in front of her. He had made her enjoy like never before … She was all the more pleased that he had been able to control his pleasure as she had ordered him. He was entitled to his reward …
She put him upright, made him sit on the edge of the desk, and then obliged him to bend backward.
With gluttony, she began to suck and lick his penis and his testicles … The latter became hard again, ready to burst. But she wanted to make the pleasure last …

She wedged his cock in the hollow of her chest and began to stroke him with her breasts. Arched back, Amaury was totally under the influence of the pleasure given to him by his sovereign … More than ever, he felt like a slave … But at the same time, he was tortured … The urge to enjoy became irrepressible …

…and then, Amaury had an orgasm too!

And she continued to caress him. Amaury clenched his teeth, but he could not hold out any longer and he exploded. And his sperm spread over the sublime breast of his sovereign. Amaury fell at once on his knees, eyes lowered.
Eva looked at her subject for a moment, smiling, then, with her finger, she raised his chin.
Guiding him with her hand, Eva made him lick his seed. By way of conclusion, she allowed him still a time to adore her breasts, and then, finally satisfied, she pushed him to his feet.
He hastened to obey. When he returned, Eva had put her clothes in order and was ready. She was really resplendent … Eva smiled at the admiration she was reading in the eyes of her submissive … They went down together to the underground car park.
Luckily, it was late and the building was deserted. Amaury multiplied the attention so that she did not dirty her beautiful dress. Arrived at his carriage, which was high enough on wheels, he opened the door and lay down to serve as a step. Even though it was not really useful, Eva was sensitive to this gesture which she received as an extreme mark of respect and submission. It was to such marks that she measured how much she had subjugated her manager to and she was deeply delighted … She climbed on the back of her submissive and sat down in the car. Amaury stood up, helped him to fold the train of his robe, closed the door, and took the wheel.
He returned his divine sovereign to her, as the happiest of men.