Slave Selection: What to Watch out for from Scammers and Scum 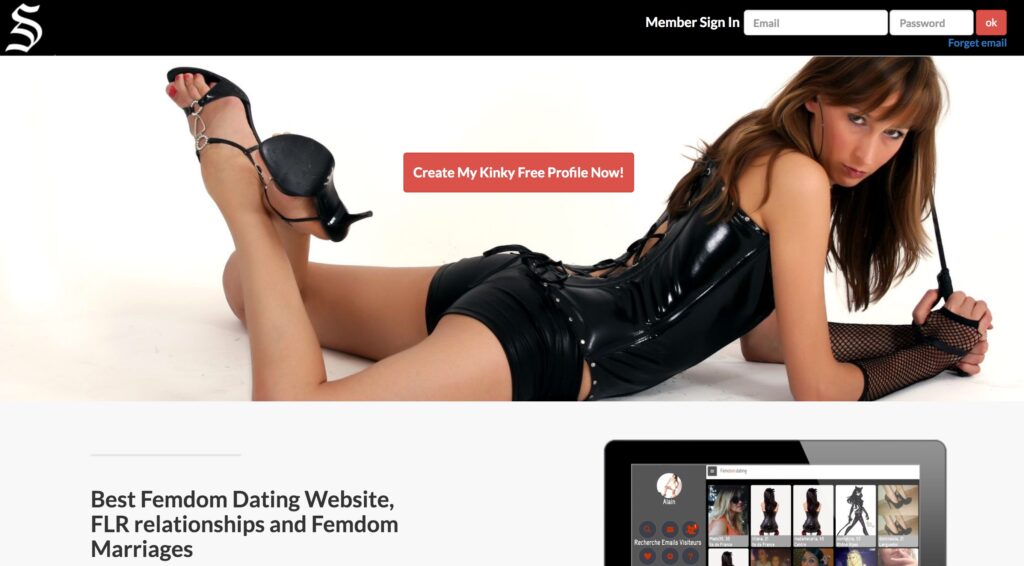 Slave – Selection. We are prey.

Almost all drama classes explore Samuel Taylor Coleridge’s principle of “willing suspension of disbelief.” According to Coleridge, the we in the audience accept the pretense of the narrative and willingly buy into it as reality, suspending skepticism and allowing ourselves to believe that the actors onstage are really the characters and really engaged in the dramatic action.

I couldn’t believe my good fortune when I heard back from a beautiful young Domme I’d written to on a dating site. As it turned out, I shouldn’t have believed it.

How to Start a relationship

We started a text-relationship, and even though I thought I was on my guard, I was so lonely and desperate – something the scammer knew exactly how to take advantage of – that I suspended my disbelief. It cost me time, emotional investment, and money. The money wasn’t enough to hurt much before I figure it all out, but it was a lesson.

I was taken once, and nearly taken a second time. By the second one, my defenses were better fortified.

There are several good websites that outline the elements of common scams. They bear repeating here.

When someone contacts you, check their area code, and if possible do a reverse search on their phone number. Sometimes it’s legitimate that they don’t match the profile, but if they don’t, keep your guard up. Same for their name.

Pay Attention to their English

Watch their English. Anybody who has studied a foreign language knows that the most difficult things to master are verb tenses and prepositions. If your dream Domme consistently misuses them, beware. Lines like “I really stressed up” should cause concern. “You will texted me yesterday” — ?? Don’t excuse it. Probe. Don’t think that just because you’re a sub you have to let it go.

Always ask for details. The second scammer who contacted me claimed to be from Vermont. I asked if she was from Burlington. The response: “I’m from Vermont.” After a couple more questions it was clear this person knew nothing about Vermont.

Another red flag is the “it doesn’t matter” line. If she’s (I’ll use that pronoun, though there’s no telling who the person(s) actually is) really young and beautiful, she may genuinely be bored with guys her own age – but don’t fall for it. Everybody knows male subs outnumber beautiful Dommes hundreds to one, so what makes you so lucky?

Be careful if they tell you very early on that they trust you. Why would they trust a total stranger? A statement of trust from the “Domme” is almost always a lead-up to some kind of request for a financial transaction. Statements of trust are also frequently accompanied by references to marriages, or “when we’re living together.” Beware.

Get a voice phone call relationship going as soon as possible. Skype or Facetime, or similar technologies are better still. A “Domme” who keeps putting off conversations and face-to-face meetings should be dropped immediately.

Never have any financial dealings with anyone you haven’t met in person or at least Skyped with. Never give personal information.

Get a burner number (they’re available as apps now) and use it until real trust has been established. Never accept or cash a check or allow anything to be deposited in your account.

First, there is almost no legitimate business reason for such a transaction. Second, they’ll get your account information. Third, you’ll think money has actually gone into your account, the scammer will ask for just some of it back in cash (usually wired to them), and then you’ll find that their deposit bounces and you’re left holding the bag.

I think it’s fine to ask up front if the Domme is a professional. Personally, I respect that; I just want to know, so that I don’t get emotionally invested and then have to pay cash. I’ll pay – but only if both of us know what’s going on.

I must say, Slave-Selection seems to have much better policing than other sites, and we should all be grateful for that. But still, be careful. We subs in search of beautiful Dommes are all too willing to suspend our disbelief.

The Reluctant Mistress and Her Unexpected Transition Part 6

3 thoughts on “Slave Selection: What to Watch out for from Scammers and Scum”