Our trained submale as we have just explained, has to bear the heavy burden of humiliation. In addition to being naked, he is equipped with accessories and tools similar to a horse. Contrarily, the Mistress practices ponyplay in an elegant way, with great class and style, while dressed in trousers and riding boots. This act gives her enormous security over her leadership skills. 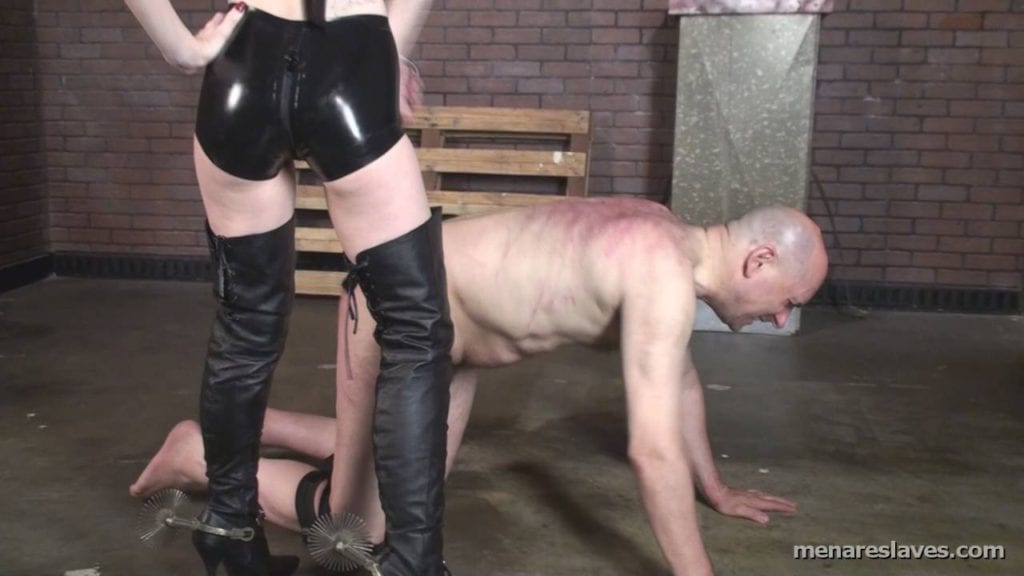 Ponyplay Puts The Male In A State Of Personal Degradation

Our male as an animal is fully aware that his usefulness is limited exclusively to the enjoyment and pleasure of his Mistress. She will train him to ensure she gets the best results from her submissive. Bear in mind that keeping our male humiliated will make him more receptive to obeying every possible order given by his Mistress. The image of the Mistress seated on the saddle, dropping all her weight on the slave, with all the naturalness of the world, while holding the reins firmly and maintaining the haughty look, clearly marks the existing differences between her and HER property, reinforcing HER social status. At this point, we can confirm Mistress is enjoying riding her animal to the fullest.

Human Riding Is Not Easy

At first glance it appears the practice of human riding is easy and can be performed by any Mistress. The fact is that it entails a huge effort on the part of the animal and requires an experienced Mistress that is able to get the maximum performance from the submale. Additionally, she prevents him from fainting due to exhaustion from this type of training.

The pleasure of Mistress guiding the beast, striking the sides and thighs with her spurs, gives her power and a well deserved authority over HER slave. After she is done mounting him, the slave is obligated to lick Mistress’ boots until they are clean of his sweat.

The Dominant Student And Her Experiment (2)