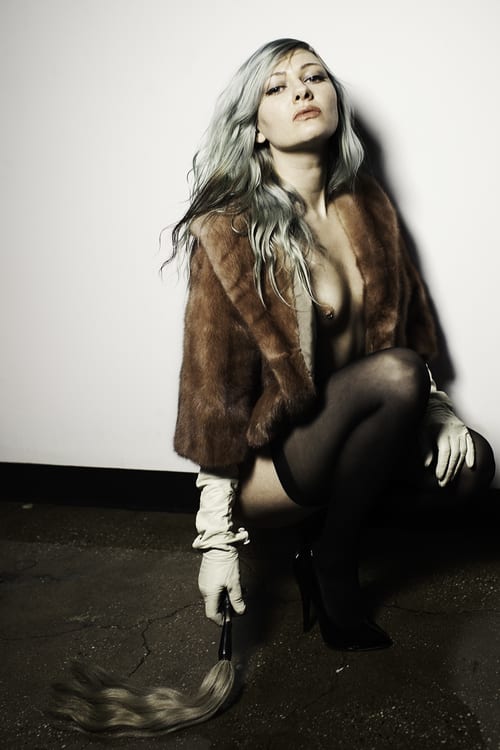 So, what does a Mistress do?

Creates the void in which She collects the power and energy during power exchange, and uses it for the purposes She sees fit, whether that is to create pleasure for Her and Her submissive or to control the elements.

When did you first realize that you were a Dominant Female and when did that knowledge manifest itself?

This knowledge was ever present.

Being Dominant is a natural disposition.

Did you start work as a Pro-Domme alongside another Domme as a kind of apprentice?

My sole mentor was a male submissive, who eventually became a female trans-Domme, who had formerly owned a Dungeon in Boston. I trained Myself on lifestyle servitude submissives and consenting lovers.

Once you realized that you were a Dominant Female was it a smooth move into being a Pro-Domme?

The concept of a monetary exchange for play was insisted upon by a client who met Me in a vanilla circumstance. At the time it was more so a thrill than a shock, however, just as stunning. The shock wore off within hours, as I acclimated to the expectation of being compensated for the talent and artistry which I had cultivated during My own training of Myself.

What kind of training did you have to go through to get to where you are today?

Command based servitude and sissy training, corporal punishment, financial domination, trampling were a majority of My initial focuses.

Do You Dominate just male subs or do you also dominate Female subs? If so is it done in the same way?

I have personally Dominated both genders, however, only Dominated male submissives in exchange for tribute.

How do you perceive the “lifestyle” as being viewed in mainstream society?

I feel many view it with suspicion of it being perverted or abusive.

How do you feel about the way that Pro-Dommes get portrayed in the media?

I feel that Dommes are dehumanized as much by the media as they often are by the clients who see them. Seen as cold, hard, and occasionally insane demi-god like, power hungry women with a history of sexual abuse.

How long have you been a Pro-Domme and have You seen many changes within that time?

Since 2007. I have more confidence in the power My silence, as well as the worth of My time and artistic practice – of Domination.

What would you say is your prime attribute that makes you a Dominant Woman?

I am always Myself.

Do your friends and family know what you do? What was their reaction when they first found out?

Friends: Please give a TED talk.

What satisfies you the most about being a Mistress?

The completeness and balance attained by a well executed exchange of power.

What was the last request that surprised You?

Where a hassidic client expected Me to launch a snickers bar that had been sitting in his pocket for hours. (his ass- which was very difficult to accomplish given the candy bar’s melted state). I was then surprised by the depth of his creativity when he asked permission to eat it after, as a reward.

What was your most memorable session?

What is your favorite footwear?