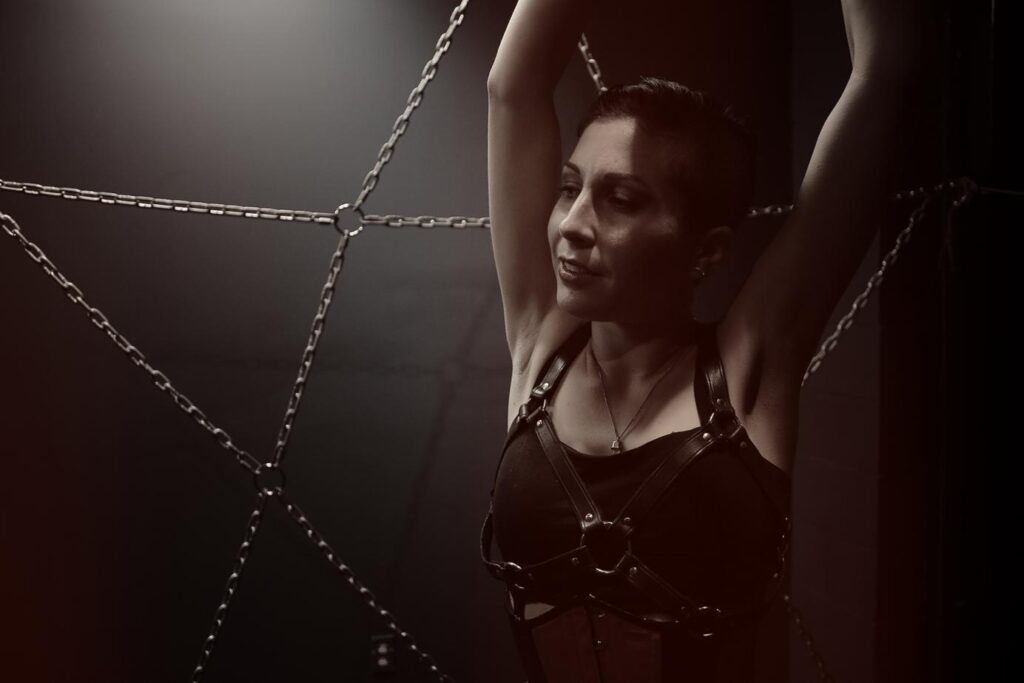 When did you first realize that you were a Dominant Female and when did that knowledge manifest itself?

I don’t know that I ever ‘realized’ my sexuality. I’ve been kinky since I was a kid, and some of my earliest sexual experiences involved one or the other of us being tied down.

Everything in life takes learning and practice, and learning to be a responsible and effective Dominant is no different. Anyone who tells you they were born with their skills is either lying, or has the skills of a newborn. I have been in the lifestyle for eight years now, and all of that time was spent learning and growing.

Did you start work as a Pro-Domme alongside another Domme as a kind of apprentice?

Once you realized that you were a Dominant Female was it a smooth move into being a Pro-Domme?

What kind of training did you have to go through to get to where you are today?

Do You Dominate just male subs or do you also dominate Female subs? If so is it done in the same way?

I love to Dominate submissives of all genders. My approach toward a female sub is a little different than my approach with a male, but it’s more about who they are as a person- what they are motivated by.

How do you perceive the “lifestyle” as being viewed in mainstream society?

How do you feel about the way that Pro-Dommes get portrayed in the media?

I don’t think I have seen many representations of professional Dominants in the media.

How long have you been a Pro-Domme and have You seen many changes within that time?

What would you say is your prime attribute that makes you a Dominant Woman?

I don’t think there is one attribute that can make a Dominant of any gender- sexuality is such a complex thing. On top of the desire and passion for Dominance and the arts associated with it, you are playing a thousand other roles. Empathy, strong communication skills, and compassion through strength all play a big role. 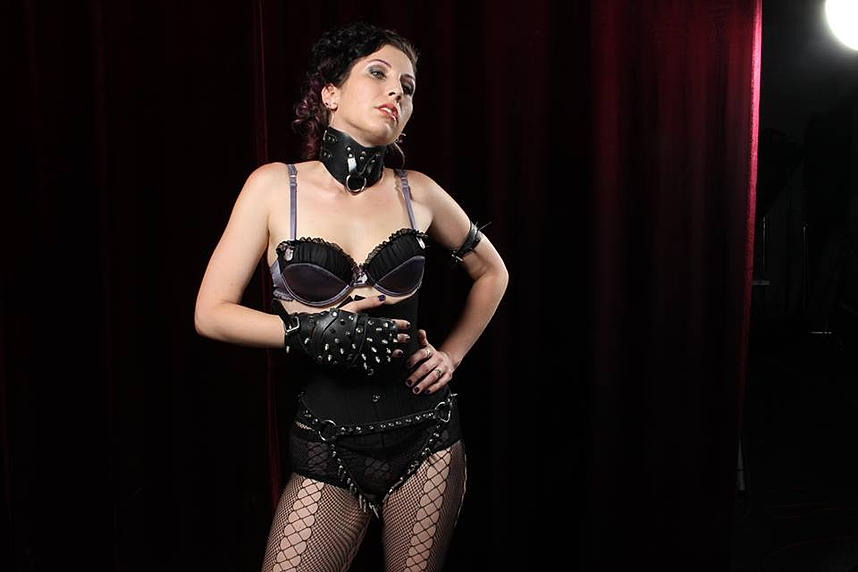 It’s hard to separate a fulltime job from the rest of your life. I may not be “Mistress” at home, but I am still dealing with the adult industry 24/- planning events, advertising, booking clients, and writing and producing is a round-the-clock job. I may not keep a bevy of slaves at my disposal, but kink is never very far off.

Do your friends and family know what you do? What was their reaction when they first found out?

I make every effort to be as transparent as possible with my friends and family, with very few exceptions. No good comes from trying to live a double life. I’m blessed to have a very progressive social network where my career is less of a novelty. My parents do know what I do- and while they probably don’t fully “get” it, I think they’ve come to expect this sort of behavior from me. I was attending kink clubs the moment I was old enough to get in, and after I literally moved out and joined the circus, I think this may have been a welcome change.

What satisfies you the most about being a Mistress?

What was the last request that surprised You?

I’m pretty jaded when it comes to people’s kinks- even when it’s not something I am into personally, I almost always understand where they’re coming from and how it fits into the D/s dynamic.

What was your most memorable session?

I don’t talk about my sessions in the public sphere, I find that it sensationalizes very private and intimate moments. Every session I do brings something unique to the table.

What is your favorite footwear?

I love designer heels- anything with a covered platform and metal accents. I think the ones I wear the most often are my Liuchiny sandals.

Keep your eyes out for the next two parts of Miss Allison Leigh’s interview!