Dear Jian Ghomeshi: Keep Your Abuse Out of My Kink

Dear Jian Ghomeshi: Keep Your Abuse Out of My Kink 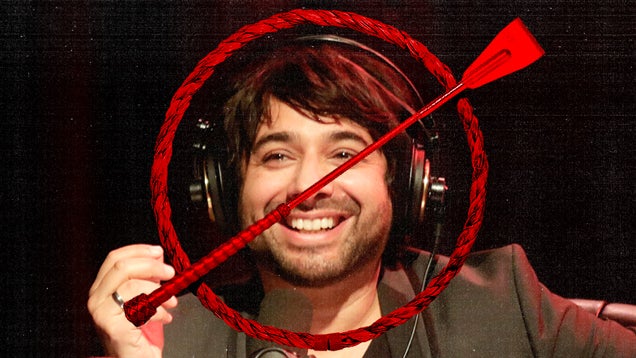 If anyone ever reacted to me the way Ghomeshi’s victims reportedly responded to him, with signs of obvious reluctance and disgust, I would stop, instantly.

Maybe Ghomeshi is telling the truth and has respected the consent of his partners, but I don’t buy it. The xoJane piece and the anonymous reports from his other victims seem of a type. They tend to paint Ghomeshi as an abuser, not a kinkster. Real kinksters have a healthy fear of the devastating consequences of violating consent. If I fancy someone, I won’t lay a finger upon them until I am convinced of their eagerness. Unlike Ghomeshi, I do not slake my thirst for domination and control upon unwilling and clearly protesting people.

Ghomeshi claims that his former partners sent him texts that prove their consent. I’m skeptical of this. Texts sent as part of an ongoing role play of dominance and submission do not imply consent to the physical and emotional violations he perpetrated. Consent can always be withdrawn, and even if some of Ghomeshi’s partners were initially willing, the reports trickling out indicate that, at the very least, he didn’t respect such withdrawals.

(And sadly, the existence of those disputed texts could partially explain why more victims haven’t spoken out on the record; for many people involved in kink, the risks of being outed as a kinkster, from job loss to child custody denied, mean that when the line is crossed into abuse, they remain silent for fear of being outed.)

I have written before that this era is a crossroads for kink awareness. As part of the worldwide fightback against rape culture, greater understanding of consent has made a space for those who practice consensual kink to build awareness and gain respect. With his defense, Ghomeshi could wipe out the many years of patience and hard work by kinksters. Let’s switch his microphone off.

Rex Ryan, His Wife And Their Foot Fetish Are All Wonderful