Journey Of A Submale Slave (2)

The more they suffered, the closer they felt to God. At least that’s what Mother Theresa said about her guests in her shelter. Are we meant to suffer on Earth or do more than that? I was about to find out by pulling on the tail of an animal called serendipity and dig into the dark side of my soul…the submale slave side that is all about lust, yearning, and boot worship.

So why was I always in this submale slave masochist mindset where I needed to do everything the hard way? I guess that was part of my upbringing, my limiting beliefs, and my recent submale slave training that focused on punctuality, obedience, and frugality. As humans, we rationalize something we know to be a wrong approach to a problem and rationalizing makes us see the silver lining in any situation.

Why hitchhike instead of taking the bus? To save some cash but mostly to meet locals that do not take the bus. Locals that are merciful to pick up a hitchhiker, if they still exist, get a good story and use it as writing inspiration. A viewpoint capturing different mindsets on the way while staying open to all possibilities. Serendipity would decide if it would be an easy-breezy lift to San Miguel or a collection of 10 km rides..lol.

What did I want to visualize? A nice truck driver seeking conversation going to San Miguel or close by. My Mistress said that the time of a sub slave is worthless so if it took me 20 hours to get there it was all good. My manifestations of meeting a truck driver at a truck stop finally came true as I was able to get a ride from a truck driver. He was instrumental in helping me get to where I needed to go.

So, there I was in this wonderful colonial town and I needed to find the residence of Mistress Dominique..a friend of my Mistress. I was sent here to have body modifications and specific sub slave training ordered at the behest of my Mistress who was too busy and too humble to undertake it herself. Before I go to Mistress Dominique’s residence I was ordered to go to Mistress Ekaterina´s residence in case she requires my services.

I had not eaten much since Mexico City where a matriarch of a woman had fixed me a wonderful breakfast with beans, eggs, guacamole, lots of lime, and a jug of strong coffee as well as a banana and an orange. It was a fine breakfast but 8 hours down the river, my intestines and my stomach were growling. My Mistress had asked me to show up on an empty stomach at my new host’s home.

My Other Mistress, Miss Ekaterina 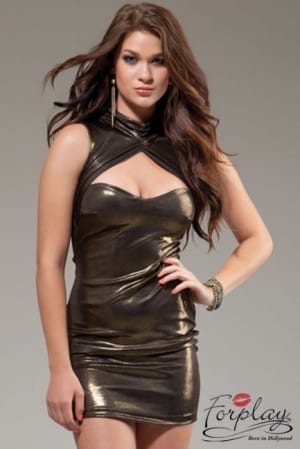 I finally found Calle Anton, a quiet street with walled front yards and a black Lexus in the driveway. I had brought a bundle of clothes that my Mistress had ordered me to take along but I ignored what was so special about them. Mistress Ekaterina, whom I barely knew, was a Milan native and resident.

She was commuting non-stop from Dubai to London, Hong Kong to New York, Los Angeles to Rio shooting there now and auditioning for her first movie role in LA. She told me that she needed to focus and did not need me at this time. Whatever that meant. I had met Mistress Ekaterina previously at Le Cabanon in Cannes where she spent a lazy afternoon eating le “foie gras de canard Maison”, “fromages Affinés” and “champagne”.

She was with 3 of her girlfriends and they were dressed in glamorous French tailored business suits. I was playing volleyball on the beach in my trunks and stopped in to get some water as I knew the owner Gilles. Gilles was a submale of Mistress Dominique and he pulled me to the side and said,

They had just shot pictures for an ad campaign of Christian Dior and they were all dressed to the nines.

It is true that in front of such dominance and beauty, I was transfixed in a state of awe standing there staring at them. Gilles introduced me to them and said,

Initially, she hired me to house sit and take care of her cats while she was gone. There was nothing sexual until late one night when Mistress came home late and she was looking for some fun.

I did as I was told. She saw my chastity belt.

I told her that I had a chastity belt on with a virtual key master called Lara on the Slave Selection website.

Then, she went to bed and left me standing for about 20 minutes until I realized that she had gone to bed for the night. So Mistress E-Kat as she was dubbed was this top model but was really more of a pansexual, fornicating as her whims and conscience dictated. She was pleasant enough most of the time but she did have a reptilian sociopathic side underneath her that made people wonder about her and give a man a strong urge to submit to her. She was kind of shy, introverted with brown hair that looked something like the Ukrainian version of Jennifer Aniston.

I Am Ready To Serve And Worship My Female Superiors

Still, her beauty came from her Sicilian grandfather. She had a strong aura, pitch-black hair, and a stare that could make you crawl to her feet. She also had a side to her that was insecure, weak, and sometimes lacked self-confidence. That side of her strived for acceptance, love, and validation. She had learned to command me with her eyes. As for me, I was retired from practicing law and I loved traveling, art, and beautiful women…before I met Mistress.

I feel I was put on earth to serve and empower women in any way possible, mostly through acts of servitude, humility, and an eagerness to please my mistresses. After 3 vanilla marriages, I was ready to try something different with a dominant woman that radiated self-confidence. Domesticity or man in motion? I wondered where would these women take me in my spiritual journey for a greater purpose.

My stay was supposed to be a retreat so I looked forward to it but I had some misgivings. Would these women accept me amongst them? What kind of connection or relationship would this be? Would it be transactional or something deeper with a spiritual dimension?
I rang the doorbell and a male bouncer answered and said,

I opened the envelope.

From the Desk of E-Kat

When you get this letter
you will have arrived in San Miguel,
remit them the package in your luggage
and go to the backyard and strip naked.
Kneel and wait for your Mistress to appear.
I am busy getting fucked by these wild Aussies
but don’t mind that you witness this subby hubby.
There are two ways to react to my infidelities.
One way is to get jealous initially,
another is to let go and to submit deeper.
Learn your place as my MaidServant sissy.
The training should hopefully bring
your obedience and submission to a new level
Remember bitch boy, it’s not about You
but about the obedience and servitude, You bring to all Women, all your Sisters.
The days of patriarchy are over subby hubby.
Welcome to Female Supremacy and worship at my Altar
Welcome to Your New Religion

Passionate Letter to My Goddess, My Mistress, My Life – A True Slave Experience (1)

The Wonderful Path to Feminization A Slaves Tale