I am a 50-year-old American male living in Los Angeles California. A place many Japanese people like to visit. I discovered Your yapoo videos soon after You began production. I am a TV Producer in Los Angeles.

I watched helplessly as she took a needle out of its protective package pierced the skin of my penis. I told her as she was reaching for the next needle, that “I would rather eat shit than be Your pincushion”. Her eyes lit up and she said

The needle was quickly withdrawn which hurt even more. I looked down and for the first time in my life, my penis was bleeding.

I didn’t have much time to contemplate my bloody penis as I was being taken down a hallway to another room of the basement where we were. This room was more of a domestic setting as opposed to the dungeon look and feel of the first room.

Mistress Aja tells me to lay face-up on the floor and do as I’m told. A puppy pad was placed under my head to contain any spills or mess. She looked deeply into my eyes, into my very core, and said

She put a chair over my head and lowered her beautiful ass down just over my mouth and said: 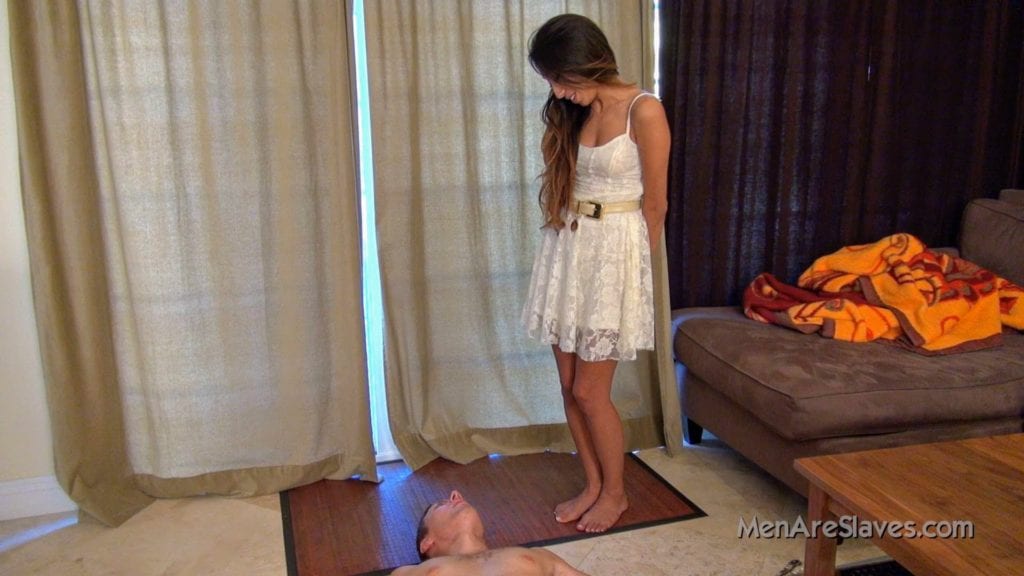 I opened my mouth instantly. Mistress pushed on her stomach and was working to move some of her waste out of her body and into my toilet mouth. First came a stream of Golden Nectar and as my mouth filled with her urine, Mistress said

This instruction “Flush” repeated several times until she had emptied her bladder into my toilet mouth and cesspool stomach. She said

Soon, a dark nugget was working its way out of her and dropping into my toilet mouth followed by 2 smaller ones.

I nodded yes and again she said:

I was jacking my cock off as I was chewing on a mouthful of shit.

If You ever come to visit or if You have a Japanese girlfriend who lives here or is planning to visit it would be a dream come true to be a toilet for a Japanese Goddess. Over the years, I have come to have a kind of spiritual relationship and feel for Japanese Female Domination. It is also my religion. I am an atheist about god, but I believe women are living Goddesses and if I could belong to a Japanese Mistress it would be a spiritual experience and connection for me.

I have never admitted any of this to anybody before. Mistress Goddess Naomi, you are the first woman I ever saw who used a man as a toilet and period blood worshiping. You changed my life. It would be an honor to be filmed as your toilet slave but I would request a mask.

Please know there is a very submissive admirer of Yours here in Los Angeles and if You or a friend ever come to LA it would love to welcome and hopefully have an opportunity to receive Your holy sacrament as Your personal American Gaijin toilet slave.

Very respectfully, submissively, and sincerely Yours,

A World Ruled by Dominant Women: A Submissive’s Dream