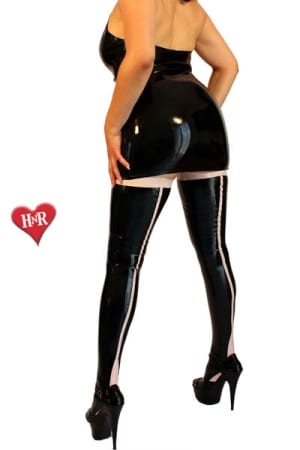 As a political science student, I have repeatedly had the opportunity to study the power and it is in this light that I wanted to share the conclusion that I have come to; Female supremacy. The power that women have can allow controlling a man’s libido is much bigger and powerful than men (and here I speak of men in general, and therefore women). It is also much more legitimate because when, in the every day life, we are shaped by the state, we are through this artifice that is the Leviathan, whereas when we are controlled by our libido, c ‘ is our passions themselves that we are accountable.

I want to take a moment to return to the bracket that I used here above and to report that I think we should use the word woman when we speak of the human being in general, but we still come back to talk libido, this time that of the average citizen, which unfortunately does not share our vision when it is so clear that the woman is superior to man.

During my existence, still quite young also, I twice have explained to the girls who shared my life that I need to submit to their female superiority so dazzling, and although at first they could seem awkward surprises and they were able to both maximize their pleasure and exceed mine.So much so that the domination they exercised over me seemed quite natural and appeared to result from the order of things, my submission had become fateful and no withdrawals have been place in the relationships I have shared.

I certainly take the time to explain in detail these two very rich relationships I had with these two people, but what I hoped to do in this first writing was to share the feeling I have that I and analysis ‘I could do, although I pretend not to analyze Women in all its complexity and size.These two girls I’m talking about since earlier had nothing to what may be called “domineering” before I make them understand that it was normal that the power belonged to them, they had no idea they would take pleasure in exercising their natural right, one to overpower the man. So I firmly believe that any woman on earth will find the fullness of enjoyment taking its rightful place, or rather handing the man his true place: at her feet.

A Mistress Tribute to Mistress B through a Chess Game