There are cases when chastity cages may not be feasible as a means to effectively control male ejaculatory activity while the Mistress is away. In those cases, I have developed and employ an alternative method of male chastity enforcement. This method has proven to be most effective at curtailing unauthorized ejaculations. Properly employed, male chastity enforcement is especially effective when the male is away from his Mistress for a period of time. For example, when he must be away on business trips or where the relationship is a session-based liaison.

The Fidelity Test Protocol (FTP) is a ritualized and formal process. It was designed as a compliance tool for male chastity enforcement. It requires only a condom and a small gram-scale, capable of 1/10th gram resolution. Such scales are easily available and quite inexpensive. The Fidelity Test is announced randomly by the Mistress after a required period of ejaculatory abstention. The male is then stimulated and put in the condom and brought to release in a manner that encourages the production of the largest ejaculatory load he can muster. 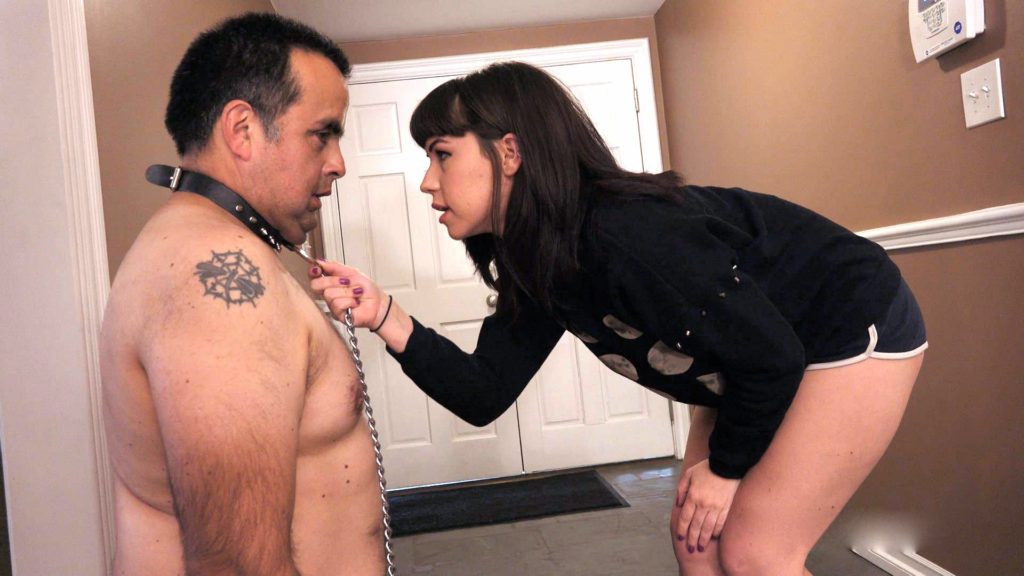 The condom is then removed and weighed on the gram scale, discounting for the weight of the condom. Corporal punishment is then applied to his bottom in direct proportion to any deficiency in the required weight of his load on a scale as determined by the Mistress. The 1/10 gram scale increments provide a good granularity which to determine the severity of any chastity rule violation.

For added effectiveness, the male may be interrogated as to his obedience before his result is announced to him – with the understanding that an abatement of punishment may be available to him for confession of his disobedience. The creative Mistress can leverage the uncertainty and tension in the moments before announcing a result to produce an extremely powerful psychological effect. As the male comes to realize the true effectiveness of the protocol at revealing his ejaculatory behavior, his compliance with the rules against unauthorized ejaculations will certainly improve.

It Is Very Important To Monitor A Male’s Ejaculatory Activity

A healthy male’s ‘full load’ ejaculation, after having abstained from release for a fixed period up to a full week, can be expected to weigh between 4 to 7 grams depending on age and sexual health. However, if he has released more recently, the specimen he produces for his Fidelity test will weigh considerably less. This can be light in direct correlation to the time since his last release and the number of times he has released. Because of a male’s refractory period, his sex parts require time to replenish his semen after each and every ejaculation – and thus, a light load is an absolute indicator of at least one recent ejaculation. This indicator is good all the way up to his maximum production. Compulsive, or multiple ejaculations will reduce his production dramatically.

Once the male is properly ‘baselined’,  and his normal refractory period and maximum post-abstention output are determined, these indicators will prove to be very reliable indicators of his ejaculatory activity going back as far as 7 days. While the results do vary from male to male, each male’s specific performance, once established, will be very consistent and repeatable indeed – and hence very reliable for that male. The Protocol works simply because, once the maximum weight of the male’s full-period spending is known, he can’t cheat the system simply because his sex parts take time to replenish after each spending. As a result, when his specimen test result is less than his full-load weight, he fails the Fidelity Test. Unable to produce a full load for you, you now know that he’s cheated your chastity regimen, pure and simple.

3 thoughts on “Male Chastity Enforcement And the FTP Protocol”