How Emma Became My FLR Teacher (2)

When we finally get together alone, my new FLR teacher has me strip for her and stand naked for her inspection. This was now where we were.

It was clear what she wanted!

There was an awkward silence as I gathered my courage to be one of her naked men. With my heart pounding and my cock beginning to stiffen, I began my striptease for her. I started with my shoes and socks, then my shirt and pants- laying each on the coffee table in front of her as she instructed. Finally, when I got to my underpants, I was fully erect- and I was sure that she could see it. I hesitated and felt myself blushing.

I realized that she was right. As awkward and embarrassed as I felt standing in her presence, I knew she knew my fantasy of being her nude slave. I had often confessed it to her, and she knew that I often masturbated at the thought.

And now this was real. 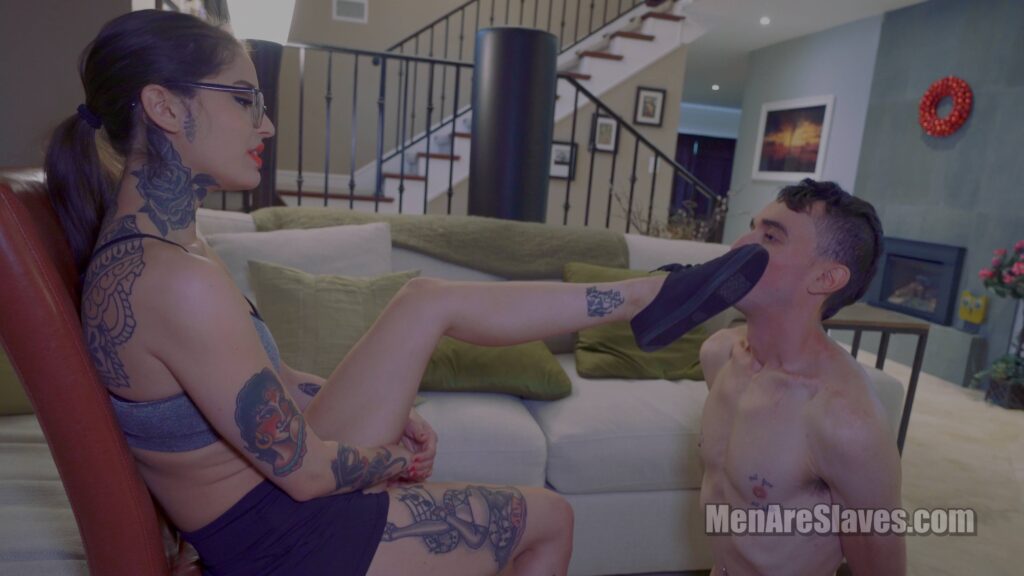 Slowly I slipped my underpants off my erection and down my legs. I picked them up and put them on top of my other clothes.

Her words made me feel proud, like a schoolboy getting a good compliment from the teacher he has a crush on.

Then she came up to me, cupped my scrotum in her hand, and held it up so that my erection stood at attention for her. Her unexpected action took me by surprise and made me stand up on my toes for her.

She looked up into my eyes and continued while still clutching my testicles.

Preparation of my butt hole for her!

Releasing my scrotum, she took a couple of steps around my side and gently squeezed my buttock.

Yes, I knew exactly what she was feeling and planning because she had so often written to me in great detail about her conquests. I felt my heart palpitate as I realized I had become just another naked prey for her rapacious sexual appetite. How long I had wanted to be one of her men, but now as she fondled my buttocks, I felt the reticence of a naked virgin.

I also knew that she liked to take it slow and heighten the tease.

She walked over to the table and took two exam gloves out of a box. As she put them on, she turned to me and said,

She picked up a tube of lubrication and walked over to an armless chair and sat down. She then pointed to her lap and said,

On Emma’s lap, my face turned toward the floor!

I was not expecting this. It was a position that she told me she liked to have her men assume when she wanted to spank or paddle them. Was that what she had in store for me?

Awkwardly, I got myself positioned over her lap, and I lowered my face to the floor, inches from her elegant high-heeled shoes. I felt my erection press up against her bare thigh. Also, I wondered if she felt it too…

I was ready, but at the same time, I felt a wave of shame and embarrassment that was far more intense than I had ever felt before.

With that, I felt her finger circle and then enter my butt hole. I felt an involuntary spasm in response.

Following her to the bedroom!

I concentrated on relaxing my sphincter and before I knew it her finger slid deep inside me. Then, I gave off a grunt as I felt her finger move around freely and lubricate me.

I felt my sphincter spasm.

She gave my buttocks a loud slap and with a playful tone said,

Preparation for my deflowering

I arched my back a bit more so that my buttocks spread further and pushed up my anus more prominently for her. She finally seemed satisfied with this position of submission.

I was no longer the mature man of more than twice her age but rather just another one of her naked schoolboys who she was about to ravage and own. And as I could feel my erection harden, I realized how much I wanted it. How much I wanted to experience young Emma’s dominance over me.

The oldest man Emma has ever pegged!

But it seemed that Emma understood.

She paused and added,

My heart started pounding as I understood what was next. 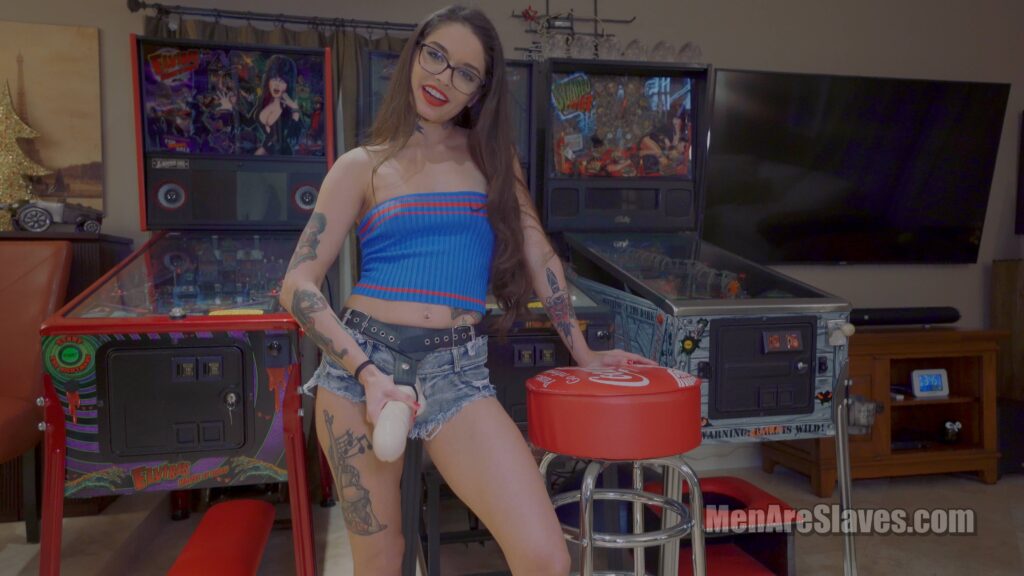 She continued her slow unyielding thrust, stopping only when she had fully entered me. Then she leaned forward over my back and cooed into my ear,

Emma seemed amused at my tribute, and with a giggle, continued her ravishment.

The sounds of surrender and acquiescence to my young Goddess!

Probably knowing the conflicting feelings I was having, she did not wait for an answer.

My first continuous and unrelenting orgasm!

Although the sensation affected my whole body, I could feel it most in my loins- and I was quickly building to climax. With her words about the same of enjoying being fucked by a girl still fresh in my ears, I found myself pleading

Every muscle in my body went into spasm, with arms and legs clenching the pillows- and I felt my manhood swell just before it erupted.

Unlike any time before, this orgasm didn’t come in spurts but rather like one big tidal wave. It was continuous and unrelenting and all I can remember is the complete loss of control of my spurting cock. I lost track of time as the orgasm continued- but then she suddenly turned it off.

It turns out I was screaming in orgasmic delirium and she was worried about what people in the adjoining rooms might think.

As I started to regain my composure, I realized that not only had I been screaming and squealing with abandon, but I had also been hyperventilating.

Ready to be the slave of my FLR Teacher!

After a few minutes, still collapsed on top of me, she quipped,

The idea of being married to Emma had never crossed my mind. But now, as I experienced the afterglow of her ravishment, and ever since, I cannot think of anything I want more. I knew that I could never be her husband in a traditional way, but I was ready to be her slave or whatever she wanted in a Female Led Relationship, just to be in her presence.

And now, she wears the key to my manhood on her ankle bracelet…