How I Met My Future Dominant Female Instructor

I’ve been a believer of female supremacy since I was 12 years old and that was before I knew ANYTHING about sex. I learned the harsh truth at the hands of an 11 year old named Carley whose family moved into our neighborhood from somewhere in Texas the summer before I entered junior high school. I remember a big moving truck rumbling down the block as I was leaving my house for little league baseball practice, and I wasn’t surprised that it stopped in front of the vacant house right next door.

The truck was followed by a Ford station wagon I figured contained my new neighbors so out of curiosity I decided to hang around a little bit and see if there were any guys my age in the family, somebody I might end up palling around with. First to emerge was the driver, surprisingly a woman, and I gotta tell you, she looked nothing like the moms I was used to seeing on our block. She looked younger and, well, like a mom you’d see on TV, really pretty, brunette, long pony tail tied with a small hardly noticeable ribbon. She was wearing tight white shorts of all things, and a sleeveless aqua colored blouse that you could almost see through! 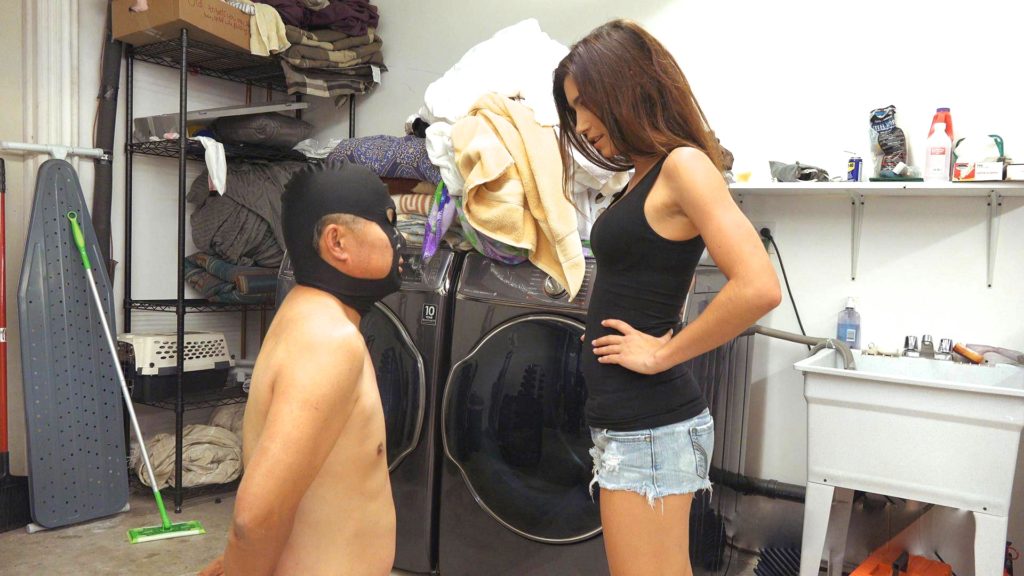 My First Hard On

And there was one more thing I noticed that seemed out of place, she looked…..strong, like she was a female athlete, not muscled like a man, but toned and sturdy, like the girls we’d seen on the U.S. Olympic team a few months ago. I swear to God, at that moment, I experienced my very first hard on, at least that I remember, and, boy, it felt warm and tingly and I thought, “So THIS is what those guys were talking about!” And, Jesus, look! My hand was cupping it without even notifying me!

I jerked my hand away from there and was relieved to see Miss America had her attention elsewhere and hadn’t seen me. I could just imagine her storming up to my mom and telling her what her little monster had done! But she was focused elsewhere, her face one inch from her husbands face, who had slipped out of the passenger door.

She had her hands clinched into fists against the side of her hips, like when you’re angry and trying not to go off on somebody. I couldn’t catch the words but she was tearing into her husband, a big old gangly basketball player looking guy and he was almost twice her size but I could tell he was scared. He stood stock still with his knees bent to the point where he was actually an inch or two shorter than his furious wife and his arms were behind his back like they were tied. I clearly heard him say “Yes Ma’am yes ma’am yes ma’am” about 10 times and then I heard HER say, “…… naked on your knees until I TELL you you can get up!” 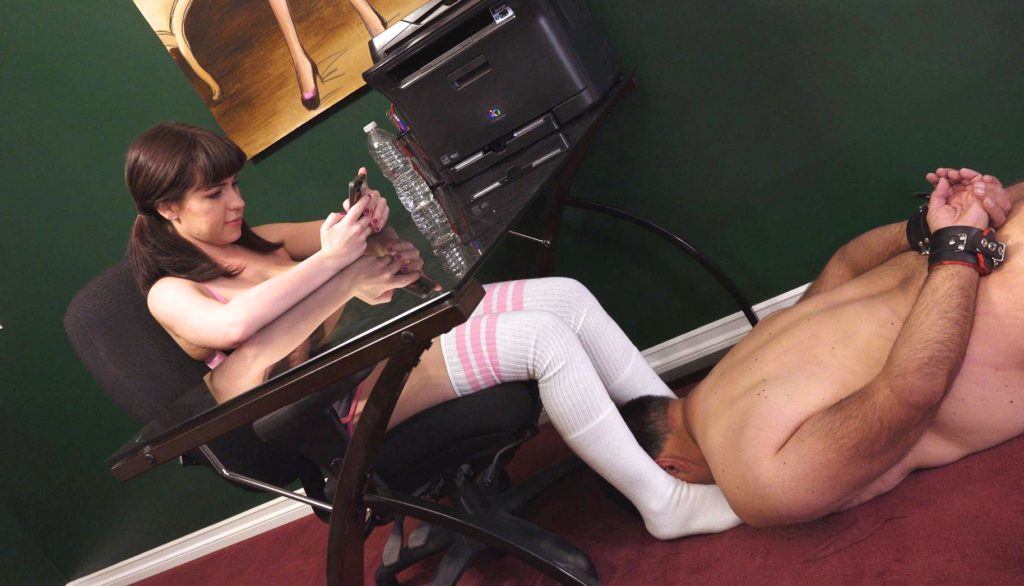 I Meet Carly For The First Time

And he almost ran into that house still yes ma’aming her as he fled. I couldn’t look away. I was spellbound from what I’d seen and heard. As hot has she looked to my tender 12 year old eyes, I couldn’t IMAGINE letting a girl or woman treat me that way! Then she looked at the car and yelled, “Girls, get out of that car and check on your daddy and make sure he’s where I told him to be!” I had been so mesmerized by what I’d seen that I hadn’t noticed 2 more people in the back seat. Out of the passenger side door, a girl about the age of my little sister, 9, emerged, looked square at me, smiled, said

“Hi, I’m Cleo”, and headed toward the front door. Out of the other door came her older sister and she was the MiniMe version of her mom. I got my second hard on immediately but this time ordered my hand to steer clear of the commotion down below. And I wondered if they had seen me earlier. She stepped out barefooted, short shorted, flimsy t-shirt, and she sized me up for about 10 seconds.

“I’m Carley, who are you?” I stammered out my name, I think. Then she smiled so beautifully, and put her hand over her private parts! Just like I had done. Busted. “Do you think I’m pretty? You do, don’t you?” And pointed between my legs. “Boys are all the same, you need to be taught a lesson by this dominant female instructor.” I just looked at my feet as my face turned scarlet. “Lesson starts tomorrow” I actually heard myself say “yes ma’am,” to my dominant female instructor.

A Naughty Woman And Her FuckToy (2)