Submales you’re the Problem, Time to Be Part of the Solution

Submales you’re the Problem, Time to  Be Part of the Solution 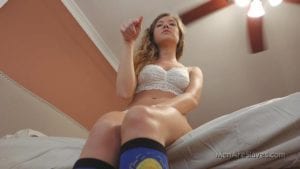 It has taken a long time to begin to understand why I’ve never found my dream Female-Led-Femdom. She’s a gleeful sadist I’m a foot kissing submales. After a lifetime littered with failed romances, there comes a point when I must look in the mirror, because the only common denominator has been me.

And that was the problem. They were indulging me. Whatever their level of enthusiasm – some had more than others – the beautiful Woman never made me Her slave. Worse, from my selfish perspective, when it came to inflicting pain She wouldn’t give much thought to, let’s call it creativity.

The fact is, they just weren’t into it. It was a kind of foreplay, and if it gave me a thrill, They were willing to go along with it.

The fatal problem was, I had created the trap and then caught us both in it. I was flagrantly, selfishly, topping from the bottom. Big time.

The Lady who was supposed to be at the top never quite knew how to proceed. So I’d give hints, urge, pretend to beg – you all know the routine.

Ultimately I’d end up feeling stupid and awful and terribly guilty because I knew they weren’t getting much of a sexual or relational thrill out of it; they would never have chosen the lifestyle on their own. I then projected that bleak negativity on the appropriately baffled and hurt Lady, and we’d break up. I can’t tell you how much bad karma I carry for having caused heartbreak to so many attractive, brilliant, loving Women. Each of them deserved better.

Now I’m old. At 60+, it’s too late to be attractive to the young, beautiful Women to whom I’m most attracted – I admit it, beauty (or at least my perception of it) is one of my fetishes – because They will never again be attracted to me. Poor me. Time to be productive.

So I will be contributing one or two more articles with advice on establishing a solid, loving Female Led Relationship. The next installment will discuss why failure is always the male’s fault. And why the solution’s probably not what you think.

Submale; The Problem, Now Becoming Part of the Solution Part 2

1 thought on “Submales you’re the Problem, Time to Be Part of the Solution”