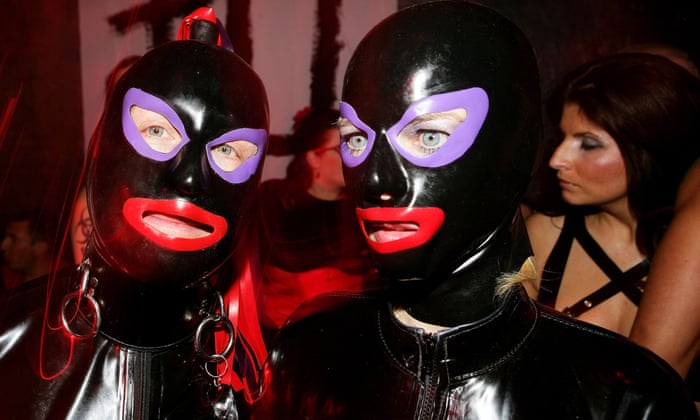 On 28 October 2004 we humans took a giant step towards cataloguing all of oursexual fetishes. An Italian/Swedish research team, led by Claudia Scorolli at the University of Bologna, downloaded data from hundreds of online fetish discussion groups and spent the next three years analysing their haul. Then they published a study in the International Journal of Impotence Research: Relative Prevalence of Different Fetishes.

Other fetishes documented centre on objects associated with the body. Stockings, skirts, footwear and underwear are the most popular. The list eventually dribbles out, with some – but few – people erotically craving nappies, hearing aids, catheters and, dead last, pacemakers. Only two people are tallied as having a sexual preference for pacemakers. The catalogue does not specify whether the pacemakers are inside people, or in their boxes, or not.

Psychiatrists also do this kind of research, assaying the range of raunch to decide what – to their professional satisfaction – should be officially considered a fetish. The profession’s bible of treatable and billable conditions, the Diagnostic and Statistical Manual of Mental Disorders (DSM), must be kept up to date.

In the world of psychiatry, the big name in fetish definition maintenance is Kafka – Dr Martin P Kafka, of McLean hospital in Belmont, Massachusetts. In the wake of the Scorolli fetish survey – performed by non-psychiatrists, and thus of questionable use to mind doctors – Kafka published two studies updating the fetish situation for his professional peers.

Paraphilia is a word that some psychiatrists find fascinating. It means “the experience of intense sexual arousal to atypical objects, situations, or individuals”. In the old days, people called it “sexual perversion” or “sexual deviance”. Kafka inspects what he calls the “not otherwise specified” categories of paraphilia: telephone scatologia (obscene phone calls), necrophilia, zoophilia, urophilia, coprophilia and partialism. Google at your own risk.

In a world of 7 billion or so people, many of them freshly embarked on personal post-puberty voyages of discovery, any list of fetishes is bound to overlook something. Scholars must scramble to catch up. Such scrambling is on display in a new study called Compassion, Dominance/Submission and Curled Lips: A Thematic Analysis of Dacryphilic Experience, by Mark Griffiths and Richard Greenhill, published in the International Journal of Sexual Health. Griffiths, famous for his long run of studies about fruit-machine gamblers, instructs us: “Dacryphilia is a non-normative sexual interest that involves enjoyment or arousal from tears and crying, and to date, it has never been researched empirically. The present study set out to discover the different interests within dacryphilia and to explore the range of dacryphilic experience.” Read it and weep.

EMMA WATSON IS AN EXCELLENT CANDIDATE FOR YOUR FOOT FETISHES

Dude Gets Aroused by Fat Ladies Chewing Their Fingernails Off