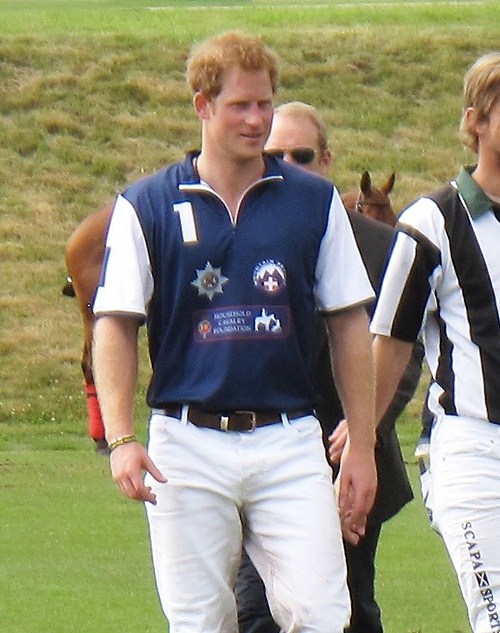 The July 6 edition of GLOBE Magazine reveals that Carrie Reichert’s book will be full of juicy secrets about the wild party in Las Vegas where photos were taken of Prince Harry “in all his glory.” Reichert dished to GLOBE Magazineabout what readers can expect in her steamy tell-all book, In The Eye of the Royal Storm.

Reichert teased, “With some of the party guests there was some spanking. Harry wasn’t shy about getting naked, and what went down it wasn’t just naked billiards. My book is not just a kiss and tell, it’s whip and tell, although I used other objects that night. Royal fans will be shocked. Royals have been doing this stuff behind closed doors for years, and I am going to open it up to the eyes of the world.”

Call us crazy, but we have a sneaking suspicion Carrie’s book is not going to go over well with Queen Elizabeth and the royal family. The Queen has been trying to avoid sex scandals ever since the media storm Prince Andrew caused earlier this year when it was revealed he allegedly had relations with a 16-year-old sex slave. Now, she has to worry about a dominatrix describing in detail when she whipped a naked Prince Harry. That can’t be good for business. So will you be running out to buy the “whip and tell” about the royal family? Let us know what you think about it in the comments below!