I’m chatting with Matt Bylett, at Uber in Sydney, where about two thirds of the club’s guests are wearing his designs. Matt says “I’m interested in all those who love rubber: whether they’re into fetish, goth or industrial, whether they are performers or sci-fi enthusiasts – anyone who has the rubber bug.” There’s clearly a definite cyber/industrial chic going on: the women’s outfits – mystical, empowering and warrior-goddess-like – feature tribal designs, skulls and skeletal structures, which play against a subtle femininity in the finer details and beautifully flattering cut. 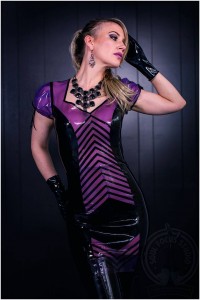 Matt’s range for men – who often feel left behind in terms of choice for a fetish wardrobe – is a new approach to latex clothing, “The sci-fi influence seems to appeal to a lot of men. The use of the moulded element can bring out the rubber warrior within, meriting a more armourial aesthetic, which gives a powerful and masculine look. Mostly my stuff is easy to wear and it doesn’t have to be all rubber for it to work – I use other materials too – so it’s versatile, especially in a hot climate.”

Both men’s and women’s are unique collections of fantasy fetishwear. Gigeresque breastplates and corsets, body armour, headgear – horns and masks – and wings, as well as wild space-age, western or medieval costumes are just are some of the themes he experiments with; the diversity of the range showcases the talent of a man clearly passionate about his work.

Matt’s early involvement with the alternative/punk art scene, combined with a love of sci-fi, sparked his interest in dressing up and creation. His early forays into wearable art won him numerous awards, and attracted attention from the TV and film industry. This lead to a 15 year career on productions that include Hercules, Xena Warrior Princess and Jim Henson’s Farscape, as well as stage shows and live productions. Most recently his work has hit a global scale with Hollywood productions like the Narnia trilogy of movies. “While designing for TV and films, they constantly tell me to ‘tone it down’. It seems that the more fetishistic the design, the more evil it makes the character. I do incorporate latex, but the producers and directors generally aren’t interested in anything too blatantly fetish. Still, my earlier years in TV production was a very large influence in my love affair with rubber; it taught me a great deal about design and it taught me the practical skills I needed, to bring my ideas to fruition.”

In recent years, Matt’s fetishwear has gathered a lot of interest from overseas: lifestyle fetishists, goths, industrial bands, dominatrixes, stage performers, steampunks, clubbers, collectors, stylists and photographers all love his clothes and accessories. And while he loves to create unique custom pieces his current collection was developed to be ready-to-wear and some of those pieces can be seen in our gallery here. 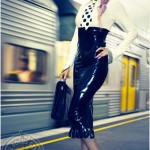 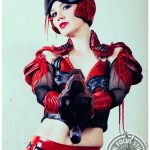 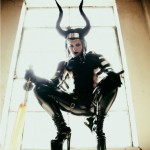 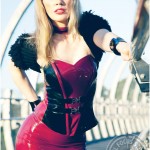 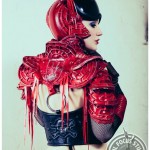 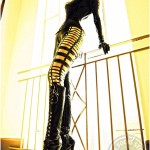 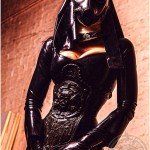 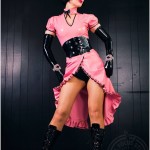 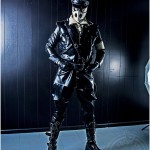 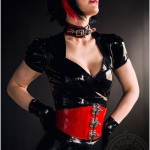 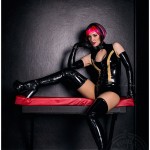 Dude Gets Aroused by Fat Ladies Chewing Their Fingernails Off