Interracial lust has existed for centuries upon centuries. In ancient Rome, undersexed Roman women married to politicians, military personages or nobility surreptitiously visited gladiatorial quarters and bribed their way past guards to seek sexual encounters with imported or enslaved African combatants. Little did the high ranking or wealthy husbands know they were being cuckolded via interracial sex. Interracial desire has existed, according to geneticists and evolutionary biologists, driven by sexual curiosity, opportunity and other biological factors for many millennia.

Reflecting the interracial overtones of the times, one of the most renowned interracial relationships was explored by Shakespeare in the tragedy “Othello” (1604). Othello was a Moorish general in the Venetian army secretly married to Desdemona, daughter of a Senator. Covert plans to unseat Othello from his military position and to take Desdemona from him eventually resulted in Othello suspecting Desdemona of being unfaithful to him, a cuckoldress, whereupon his jealousies arose to rage and culminated in a fatal scene where Othello smothered Desdemona. When Othello later discovered the treacherous subterfuge, in sorrow, and in shame as he was to be tried for Desdemona’s murder, he committed suicide. 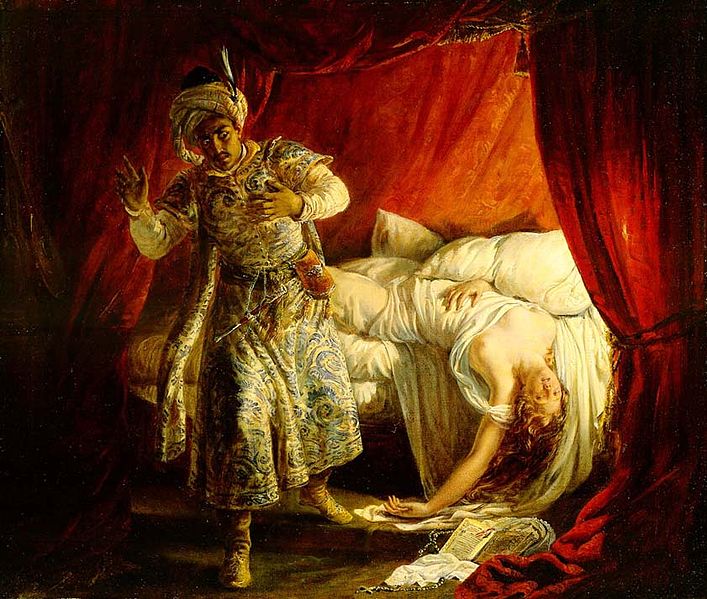 Othello is even referred to as a cuckold who succumbed to a jealous rage by Iago, one of the co-conspirators in the plot. Was this an instance of reverse white on black cuckolding, where a black man was cuckolded interracially? When the movie version of Othello was released in the early 1990’s, featuring Laurence Fishburne in the titular role, the movie was not well-received. Despite the stellar casting and accuracy to the story, because it was released in the throes of the O.J. trial and hysteria, many people drew comparisons between Othello and O.J.’s murderous acts. The overall perception was that the film was released to capitalize on the sensational trial which had captivated the nation. No matter what century, cultural fascination with interracial sexual trysts continues.