Sex toys by the Hundrads dangling from power lines in Portland

Sex toys by the Hundrads dangling from power lines in Portland 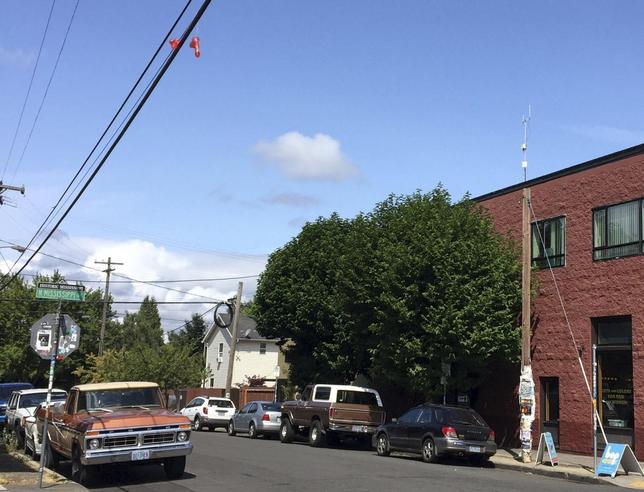 Hundreds of phallic sex toys have been seen hanging in recent days from power lines across Portland, Oregon, provoking laughter, blushing and lots of photos.

A spokesman for public utility Portland General Electric said he did not believe the rubber products posed a fire hazard.

Portland resident Lucila Cejas Epple said she first encountered the phalluses at a neighborhood street fair over the weekend.

“You could spot them in several intersections and you could see all sorts of reactions to them,” she said. “Some would blush, others would laugh, and most would take photos.”

6 Books to Read For Your Fifty Shades of Grey Fix

Songs to Have Raunchy, Turnt Up Sex to