6 Reasons You Need To Have Sex With A Funny Woman

6 Reasons You Need To Have Sex With A Funny Woman

Because All That Laughing Will Basically Make You Immortal 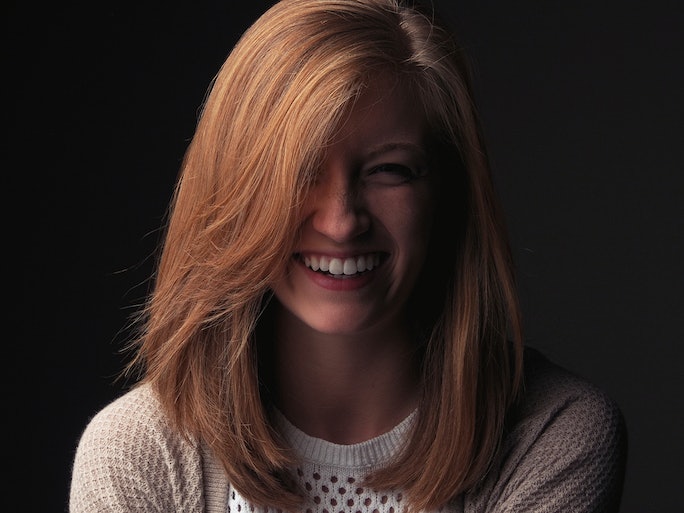 There’s a lot of talk about how sexist comedy is, but there’s one aspect that doesn’t get a lot of attention. The thing is, after a gig there’s often a bunch of girls waiting to talk to the male comics. Gag-hags, they’re called. Women that love funny men. And I get it, because I love funny men. Being funny is sexy. Really, really sexy. There have been lots of times I’ve met a male comic before a show and he’s all geeky and awkward, can’t even make eye contact, but then I watch him be hilarious on stage for 20 minutes and all of a sudden my ovaries explode I want his 10,000 thousand babies. I get the gag-hags, but where’s the equivalent for women? Joke-blokes? Schtick-dicks? In my experience female comedians don’t get the same attention, and if we do it’s normally some drunk guy muttering about how he likes the jokes about your tits when you did literally zero jokes about your tits. But you know what, it’s their loss.

Because there are loads of good reasons to sleep with female comedians. Date a female comedian? No, no— just like the boys we’re a nightmare mix of cripplingly insecure and unbearably narcissistic with unsociable hours, a gnawing need for attention and a big pile of mommy/daddy issues. But you know what, here are some reasons we’re dynamite in the sack.

1. We don’t take ourselves too seriously

Like literally, for a living, we don’t take things too seriously. If you’re worried about a princess, chances are it’s not going to be problem with a comedian. It’s going to be a pretty laid back affair. Also, stuff goes wrong during sex. Sometimes a lot of stuff. And it’s a personal, intimate thing and so it’s easy to feel vulnerable and exposed if something goes wrong. Here’s the thing about comedians: every comedian has died on stage. There is nothing more cringey or embarrassing than trying to make someone laugh for 20 minutes and no one laughing. No one. So what if you farted while we were having sex, we won’t care or make you feel bad about it— we’ve been through worse.

Comedians have great timing. It comes in handy. But we’re also creative, good with words, and not shy about public speaking. Maybe that translates into being great a dirty talk, maybe into being more open about what we like sexually. People complain the women are a puzzle or an enigma in bed, but I think you’ll find we’re pretty upfront, or at the very least responsive. Oh, and the awkward post-sex chat? A comedian will just blow right through that awkwardness. Banterbanterbanter.

3. Playful is one of the most attractive thing you can be

A study found that being playful is one ranked as one of the most attractive personality traits, by both sexes. We can’t help it, when you meet someone who’s playful and silly a part of your brain goes off that says “Hey, life with this person might not be boring forever!” and we’re drawn to that. After all, humans are one of the only animals that keep on playing past childhood. We like to keep things interesting!

4. Laughing is good for your health

Laughing has lots of health benefits, so the more you’re around funny people, the better. There are the obvious things like boosting your mood and relieving stress, but laughing can also help with your immune system and more. Combine that with all the health benefits of having sex, and sex with a funny lady will basically make you immortal.

5. Laughing makes it easier to feel other sensations

According to Dr. Martha Tara Lee “laughter helps create more neuropathways in your body, making it easier for you to feel sensation and pleasure”. That means the more that you’re around funny ladies, the more enhanced a lot of other things are gong to feel. And feeling more is always better, especially in bed.

6. Being funny is sexy

Too often a woman having a good sense of humor means she can take a joke, rather than making her own. But I’ve said it before, being funny is sexy. Reallysexy. And that shouldn’t changed when applied to a woman. But in reality, a lot of men find funny women a turn off. This needs to change. Because if you think about all the great things about laughter, there’s no good reason for it to be a turn off— it just comes from a sexist idea of the man being the dominant one, conversationally and intellectually. But if you’re comfortable with a woman being funny and stealing some of the conversational thunder it shows how settled and confident you are. Give it a go, have a laugh.

The gorgeous Mistress and her young slave (Part 2)