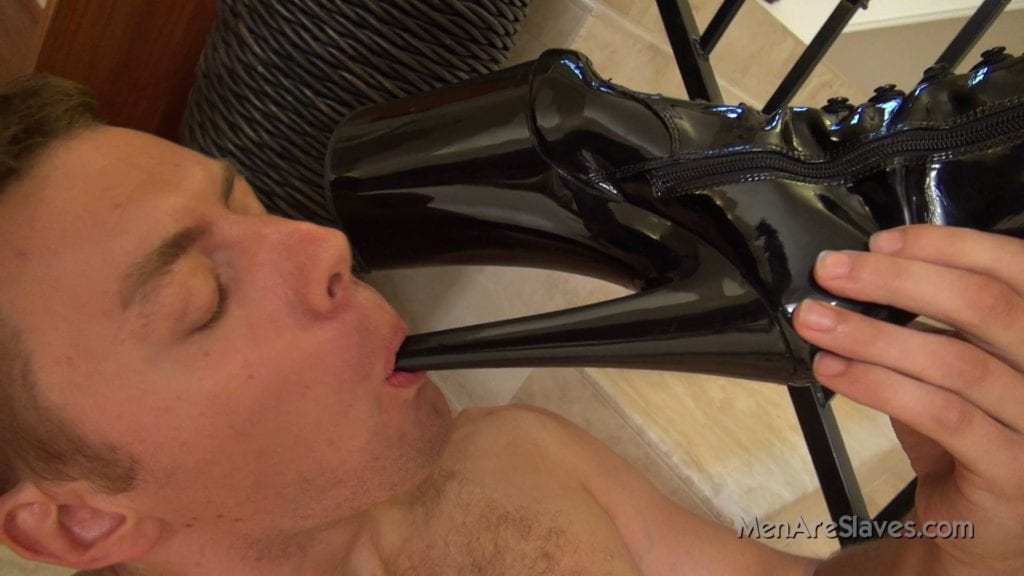 The Pleasure Of Sucking That Big, Black Cock

There was no way for me to resist my Black Domme. By now, we had both worked ourselves into a sexual frenzy and the unexpected pleasure I was experiencing from sucking his cock was reflected in the fact that my little pin-dick was rock hard and rubbing sensuously against my silky panties in such an erotically delightful way that my mind was flooded with endorphins as waves of heat radiated from my crotch. Suddenly, an erotic vision flashed through my mind as I realized I was also on the verge of spraying my pathetic little boi’s sperm all over my silky panties and I totally lost myself in the ecstasy of the moment as my inhibitions disappeared and I started sucking with even more energy and speed as I feverishly worked to push both of us over the edge.

We Both Came Together

Then, Bella pressed her left hand even harder against the back of my head as my Black Domme held my mouth firmly on Cal’s thrusting cock. However, much to my shock and surprise, she removed her right hand from Cal’s dick and slipped it beneath my skirt, and sensuously began rubbing my silky pink panties in a way that spurred me to lick, suck and bob my head back and forth with wild abandon. Bella had never touched me there before and the effect was like an electric spark that lit a bonfire that consumed me in the throes of ecstasy.. Faster and faster I gobbled Cal’s Big Black Cock as he approached that point of no return.

My Black Domme Invites Me To Move Downstairs

I nodded my agreement, my mouth too full to speak.

Nodding and gulping down Cal’s seed, then gagging slightly, and gulping again and again, until it was all down, all except for the lingering taste in my mouth. I watched as she sat down beside Cal and spread her legs for me. I bent to give my head to my Mistress as she explained to Cal that she had trained me so that I would service both of their assholes while they fucked and would clean them both up when they were finished. Obediently, I began licking her pussy as I realized there would be no turning back since I no longer had the will to resist. I realized I had been totally emasculated, degraded, humiliated, and had lost my soul forever.

Perhaps, I would have said no if I suspected what Bella had in store for me. But, I was so naïve at that point in my development that I truly didn’t even know what a Butt Plug was and there was no way I could have imagined how Bella was planning to use them to train my sissypussy so that she could pimp me out to her Black Boyfriends and Domme Black Girlfriends for their entertainment and amusement. I would learn a lot over the next few years about myself and my submissive willingness to let Bella dominate me, use me and abuse me in ways I couldn’t even have imagined.

I learned that a beautiful, intelligent, sexy, and skilled Black Domme has enormous power and almost unlimited ability to manipulate and control a little sissy white boi in order to make him perform whatever sexually degrading and perverted acts amuse her. As I further reflect on my experiences, perhaps, I would have said yes, even if I had known what was in store for me. What do you think?