A dominant Cabin Hostess Kinky Fantasy; Domination in the Sky 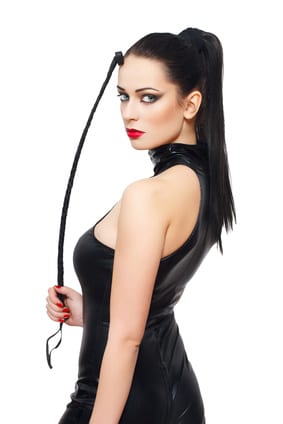 When you meet an attendant who’s dominant and feminist, you will know right away. Being a dominant woman can not be learned, it’s something your born with … just like being a dominator, at least I believe that! And when you’re a dominant cabin attendant, you have to have a certain character.

After a weekend of fun among friends, we took the return flight home with our spirit still foggy and slightly gray by alcohol. We spoke without restraint and sometimes a little too loudly.

I had barely passed the entrance of the plane, behind three of the five friends with whom I was with, then I met the sustained look of this hostess. She had noticed theo little too festive side of my friends and she said:

Obliged to apologize to the dominant cabin hostess!

The others laughed. When the hostess took my boarding pass, I felt obliged to apologize on behalf of the whole group. However, the one who was behind me had not paid attention to what had just happened. Knowing a little about flying, I knew that if we were “too” happy, the captain at the request of the hostess could decide to disembark us. He could claim the fear of too much disorder during the flight. He had all the power on the plane.

I immediately felt the heavy look of this woman. She seemed to be a true dominant cabin hostess, ready to do battle with even half a dozen older men. For me, she seemed to be in her thirties,  well dressed and made up, as the hostesses of almost every company know how to be.

She seemed satisfied with my excuses, and slipped straight into my eyes:

Watched by the dominant cabin hostess!

What I sensed had just been confirmed, this dominant hostess did not joke and seemed ready to take extreme measures against us if need be.

To make matters worse, my friend was behind me laughing:

I accelerated a little, avoiding looking at her again. I did not know what to think after I caught the look and nod of her colleague. She certainly must have been, as feminist as she was.

Obviously, as we were in the first, we had to wait for everyone to board the plane. This wait was conducive to some extra overflows and two return trips of this hostess to reprimand us! At that moment, I would have liked to melt and disappear in the seat. Of course, she ended up systematically staring at me, nodding her head and reminding me that she thought she could count on me!

The airplane took off and the atmosphere calmed a bit, which allowed me to relax. I could see that the captain of the cabin was determined to put these 6 good-tempered guys in their place. So she was looking at us from the corner of her eye very regularly.

The first order of the dominant cabin hostess!

After a little more than 4h30 into our flight and after dinner, the lights of the plane went out. Everyone prepared for the night. Most passengers chose to sleep. Although I was tired, I decided to watch a police film that I had not seen yet.

I did not have time to enjoy it. The hostess, with a naughty air, came to see me and said in a dry tone:

There was no need, no thanks! She had shown unacceptable self-confidence. So I decided to reply firmly:

She leaned towards me as if she wanted to avoid disturbing the other passengers, and with a little smile said to me simply:

Her interrogative tone sounded more than a call to order after an insolence than anything else! I made no reply. She added:

I looked at her, amazed that she dared to reveal the end of the film. It was not very commercial. She straightened up and turning her heels said:

Tempted by the proposal of the dominant cabin hostess!

I stood there and I turned to my friends. Some snored and others were about to join the arms of their loved ones.

I then looked at my watch to know the time, wondering what the dominant cabin hostess wanted me for. Her dominant character more than affirmed her superiority. I did not go far. Yet, at the same time, I wondered what she could do if I did not move from my seat. She could not do anything very nasty, maybe, some ugly fuss of style a coffee boiling on her knees (or on my crotch) or bumping me unfortunately with a tray for example.

At the same time, she pleased me. So, for a flash of lightning, I imagined I was kissing her passionately in the back of the plane. As in a male fantasy, I imagined myself as a pilot. More than two minutes … what to do, stay there and fear its thunders or throw me towards the unknown, what to do?!

Male Thing: A Story of Submission on Tipping-the-Cock

1 thought on “A dominant Cabin Hostess Kinky Fantasy; Domination in the Sky”