Butler’s Journal: Once Ms Renee and I seriously began to live a female led lifestyle, I gave my Mistress permission to follow her interests no matter where they took us. I had discovered a burning need in me to truly surrender to a dominant woman that went unsatisfied until I met her, I wanted something real.

I can’t explain my sexuality to someone who does not feel the allure of the dominant woman any more than a gay man can explain his love for other men.  It took a long time for me to realize the extent of my desires. As I came to an awareness of what I wanted I realized that starting at puberty, I had always been deeply attracted to Jung’s archetypal  “bitch goddess.”  For example, I rooted for Cat woman instead of Batman. I wanted the queen in Snow White to win.  I was always attracted to the bad girl. 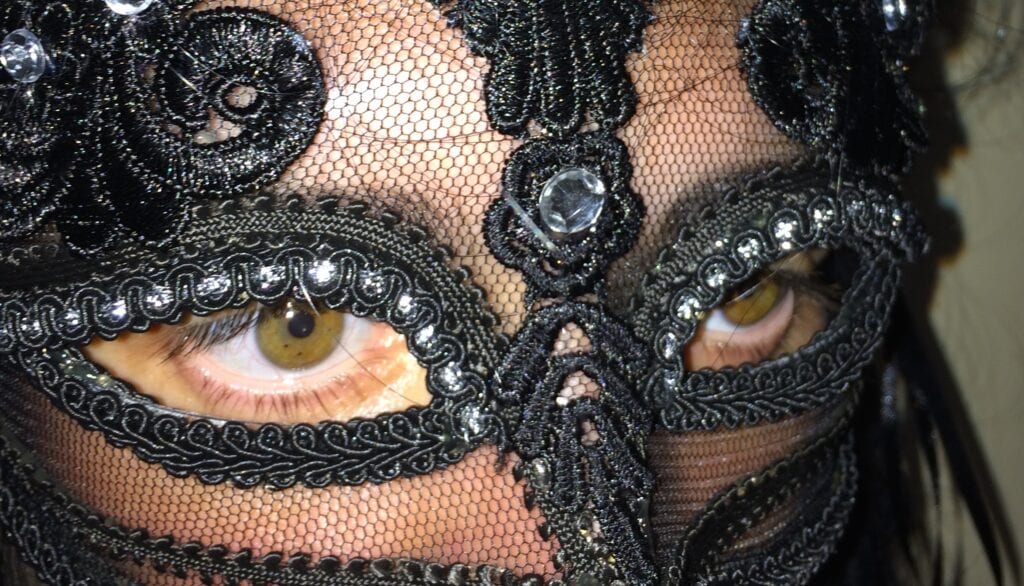 In my personal life, I project a strong personality. During my career as an attorney, I used my assertive demeanor to intimidate people such as the opposing counsel in the courtroom. Nevertheless, the idea of a woman taking control of me continued to grow in my fantasy life. Other than several bumbling attempts at role-play with the few women who were willing to pretend to be dominant, my desires remained buried and unfulfilled. They came fully alive when I met Ms Renee.

We had a lot in common, a mutual attraction, and a desire to follow our S&M inclinations as far as possible. We were friends a long time and then lovers, we had established a relationship of trust before I admitted to my desires.  Somehow, I knew she was the right woman.  We started our relationship with her enjoying more sexual power because of her relative youth and beauty. I knew that I would always be more attracted to her than she could ever be to me.

The more we experimented and followed the path to my submission the more attracted to her I became.  I have been successful with women in my life but I have never been obsessed with one until she started dominating me. Now, she is all I think about.

Friend’s Visit For The Weekend

This week I knew that my Mistress was having a friend visit for the weekend.  She told me that I would be banished from her home while her friend was there but I would get a chance to meet her if they had time. She cautioned me to be on my best behavior should that happen.

That evening she presented me with her first real test of my sincerity to be her submissive.

We live about three blocks apart in a historic neighborhood in Memphis. The previous week after I had cleaned her house, my Mistress spent several minutes each night teasing me sexually.  By the end of the week I was in a frenzy to please her. I would learn that this strategy was not unusual for her.  She loves to work me into lather before asking something difficult of me.

I called her on the phone as I do each Friday evening to inquire what services she needed of me during the weekend. I knew that the opportunity to see her would be limited because she had company.

She told me that she doubted she would have anytime for me until the following week. I was disappointed so I told her so.  She asked me if I was truly interested in pleasing her.  Using a poetic image, I declared that I would crawl to her house on my hands and knees to please her.

There was a long silence on the phone. Then I heard several minutes of feverish whispering. Finally, I heard the tone of voice I knew was a serious demand,  “Actually, that’s a perfect idea, it’s even better than my own plan. I want you to do it! Crawl all the way here. Get started right now.”

I was shocked.  It hadn’t meant it to be a serious suggestion. It’s true that we only lived three blocks apart but that is a very long way to crawl on one’s knees.  I began to stammer some reason for not fulfilling her request but I heard only silence from her end, a short pause, and the receiver landing gently in its cradle.

It was an impossible request. I could have refused but I have been down that path before. It always ends with me begging once again to be her slave.  Then she would increase her demand to make it even more difficult. I learned quickly that it’s best to obey the first time.

It was close to 7:00 pm on a cold dark February evening so the neighborhood sidewalks were clear of pedestrians. However, my neighbors know me.  What possible excuse could I come up with for crawling down the sidewalk? Knowing she was waiting for me, I didn’t bother to answer my own question. I grabbed a flashlight and started out the door.

I left on my knees.  To not look too much like a fool, I decided to pantomime looking for a lost object.  I shined the light back and forth across the sidewalk, I was ridiculously but desperately afraid someone would come out of his or her home to help me look.  I had no idea what I would tell them. What could be so small and important enough that I would crawl down the sidewalk?

I could come up with nothing.  Nevertheless, I decided to keep acting as if I was looking for something so that cars would not stop thinking that I was crawling because I was injured.

I thought about walking part way. Impossible. She might have stepped out of her house to see if I was really crawling.  I couldn’t do it even if I knew she was inside her home.  Our relationship was built on complete integrity.  There would be no way to repair the damage a lie would cause.

Cars slowed but they did not stop as I slowly made my way to her house. I had to cross the street twice.  I waited until the traffic was clear and scuttled across on my hands and knees.

Luckily, I met no one walking during the journey.  It was dark and my knees hurt from the cold ground.  I felt completely foolish and embarrassed.  The last few feet crawling up her driveway were strangely the worse.  I felt embarrassed about her seeing me. I had been humbled.

As I made my way up the driveway I heard her door open and the clink of glasses and laughter.  To my horror I realized that Ms Renee was not alone.

“Ha, ha! He really did it!” I heard a female voice I did not recognize followed by her laughter.

“I told you he would. He’s starting to learn his place,” Ms Renee responded.

“What a complete fool.  I have no idea what you see in him but at least he’s obedient,” came the other raspier voice.

As I crawled up her steps, Ms Renee held the door open.

Of course, the other woman would be her weekend guest.  Both of them were standing in the living room holding glasses of wine enjoying the drama and giggling to each other. They were dressed for dinner in dresses and heels.

Ms Renee is an athletic looking brunette with pale skin and dark eyes.  She’s a head-turner. My response to her was automatic from the moment I met her.  I found her attractive at our first meeting but after three years of dabbling with the dark arts of female domination I was now completely infatuated. It was hard for me to drag my eyes off of her.

In normal social settings my Mistress wants me to be polite and charming. However, if the situation has anything to do with her dominion over me she requires that I stay silent and keep my head slightly bowed while resting my eyes at her feet.  I knew that this was a time for me to show my submission so I tried to keep my head down.

“This is Heather, a friend from my college days. She’s thinking about moving to town.”

Ms Renee’s friend, Heather, was a slender redhead stylishly dressed. I turned to her but I knew not to look her in the eyes. Instead, I bowed my head.  I couldn’t help but notice that she seemed to be positively glowing from my embarrassment. I could feel her eyes scanning me and smirking as if I could never be good enough for her friend.

We had a few friends in the local but very discreet S&M club who knew something of our lives but thus far Ms Renee had never introduced me as her slave to anyone she saw socially on a routine basis.  I wondered why Heather was different, I would soon learn that Ms Renee especially enjoyed humiliating me in front of this particular woman. I could only assume that my Mistress knew how much it amused her friend to watch me be humbled.  Or, maybe she did it because there must to be a witness to make my humiliation complete.

Sometimes after embarrassing me, Ms Renee takes advantage of my raw feelings to accent her domination by an additional physical discipline.  I knew that anything was possible at that moment.

Bow At Her Feet

I felt anxious as she leaned down to me as I knelt in front of her.  Her hand slid through my hair.  She tilted my head up so that I could look in her face.  Quietly, she whispered, “You pleased me tonight with your obedience, slave. Maybe I will be able to spend the evening with you on Sunday night after Heather leaves.”

I was glad at such a prospect. I remember the excitement I felt when I responded. “Oh yes, Mistress.”

“Heather wanted to take a look at you. The house is clean so you can go home. I don’t need you anymore tonight,” she added.

I kissed her offered hand, I stood up, nodded politely to Heather, and turned to go when I heard Heather’s voice in a harsh loud tone, “Why the fuck are you standing? You can crawl back the way you came!”

My mistress rarely curses or raises her voice. I didn’t turn around. I was afraid of what my expression might reveal. It is one thing to be humbled by my loving Mistress but I didn’t even know her friend Heather.  Instead of turning I merely knelt and started the long crawl back to my apartment.

As I made my way back through the door I could hear them laughing again.

I thought it had been a long crawl on the way there.  The way back was almost impossible.  It was cold. My knees ached. I felt foolish, I assumed that I looked ridiculous. I might have given up except that the idea that I had passed some kind of important test encouraged me. As I crawled it became apparent that my Mistress had planned something to titillate her friend at my expense. I wondered what the test had been before I gave her the idea of me crawling to her house. I shivered a little at the thought.  However, I was kept warm by the promise of Sunday night with my Mistress. I don’t understand why I have such a burning desire for her but I do. And, it seems to grow as we move deeper into her dominion over me.