Fetishes are cool but only when they don’t disgust your partner. There often comes a time in a relationship when one person gets turned off by the fetish of their partner. A fetish like group sex is one of the most common fetishes. 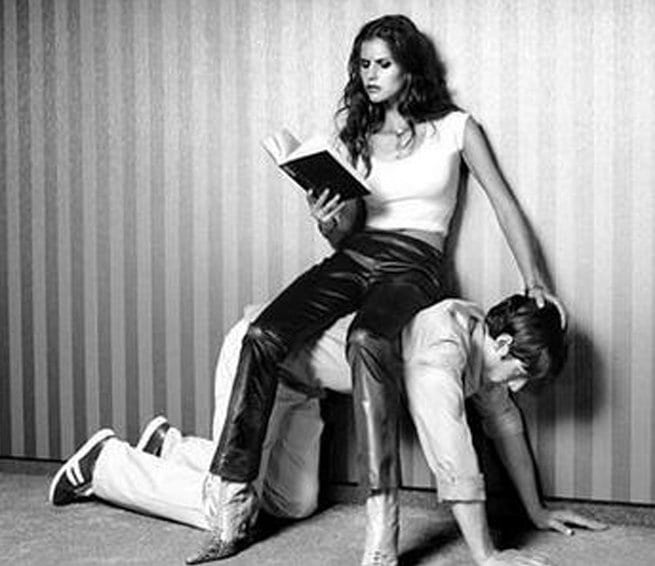 But what does a fetish really mean? According to Google a fetish is a form of sexual desire in which gratification is linked to an abnormal degree to a particular object, item of clothing, part of the body, etc.

We take a look at some of the craziest fetishes that have been there for quite some time and there are some really weird ones that might not be for faint hearted.

Forniphilia is a rather strange fetish. According to Urban Dictionary, Forniphilia is a form of bondage and sexual objectification in which a person’s body is incorporated into a chair, table, cabinet or other piece of furniture. So, people love having an intercourse with something that resembles a chair or table or any furniture!

Mechanophilia is the sexual fantasy of getting attracted to machines. Having sexual feelings or getting turned on by machines is what drives this fantasy.

This is probably the most uncommon sexual fetish. Hierophilia is when a person gets sexually attracted to religious objects. It is quite uncommon and that may be due to the fact that casual-sex is generally treated like a sin in most religions.

Another common fetish that has been doing the rounds for years is olfactophilia. Olfactophilia relates to the fetish of being turned on by odours or smells that come from a person’s body especially from the genitals.

This fetish could be considered either a sweet fetish or a something that one sees as completely disgusting. Teratophilia is when someone gets turned on by the disability of a person. The Urban Dictionary describes it as a sexual fetish for deformed people, but beauty is in the eye of the beholder.

A Japanese invention, licking doorknobs is related to well, licking doorknobs! The Japanese started doing this in adult movies due to censorship issues. But ever since it came into these movies, it has become a fetish for quite a few Japanese people.

This could actually be the worst of the lot and is probably something that people might not like. Oculolinctus is when a person licks their partner’s eyeballs or lets them lick theirs. So apparently this is not everyone’s cup of tea!