In the three days since Taylor Swift’s new video “Bad Blood” hit the Internet, it’s been viewed almost 30,000,000 times. That’s only counting the official version, not the various mash-ups, annotated versions, parodies, and unofficial uploads that are already filling up YouTube.

The appeal goes way beyond the usual show-business hype. Take a look at it below, and you’ll understand. It takes its cues from the best of the superhero movies that have come out in the last decade or so: the action is fast-moving and elegant, the sets are beautiful, and the costumes are sexy as hell. We have to not-so-modestly admit to being proud of our part in helping with that last bit. Watch that first fight scene, and you’re watching the handiwork of Syren Latex’s designers in action. Literally.

That first scene features Swift in the persona of “Catastrophe” beating up bad guys while wearing our Newmar Basque latex dress. A word of caution: no matter how much pride we have in our craftwork, we wouldn’t expect any of our clothes to survive a ten-story fall out of an office building. Or the person wearing them, for that matter. Even we have our limits. 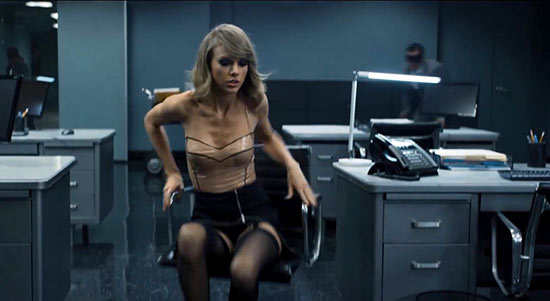 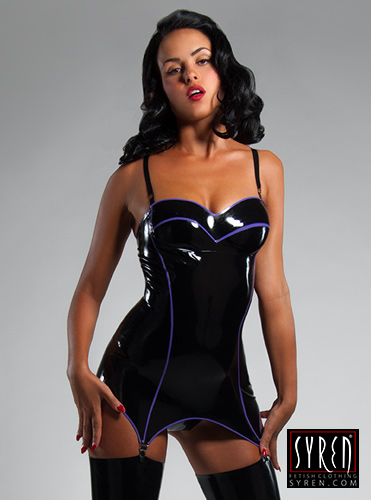 Catastrophe’s ally-turned-nemesis, Arsyn (played by Selena Gomez), is wearingSyren’s Garbo Blouse, a piece that we love because it’s a great combination of Old Hollywood style with modern fetish materials. The consensus around the Stockroom offices is that the metal briefcase that Arsyn slugs Catastrophe with looks suspiciously like the one our Agent Noir Neon Wand Kit comes in. If that were the case, the whole story becomes easier to understand: It’s one of our most beloved products, and certainly worth fighting over. 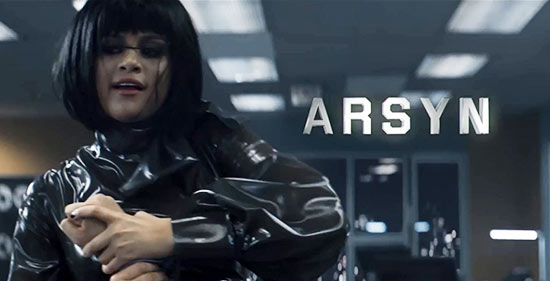 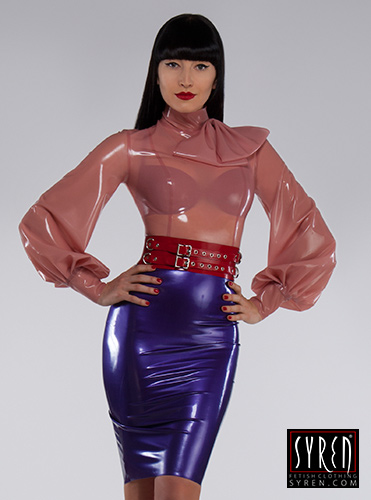 Finally, there’s a beautiful shot of Destructa X (Ellie Goulding) brandishing a huge rocket launcher while wearing Stockroom’s PVC Waist Cincher. While neither Stockroom nor Syren carry the rocket launcher, we have to admit that it makes for a great accessory. 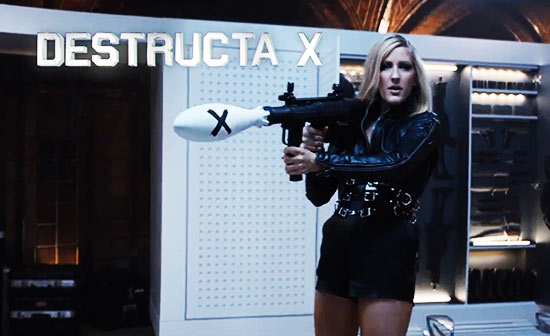 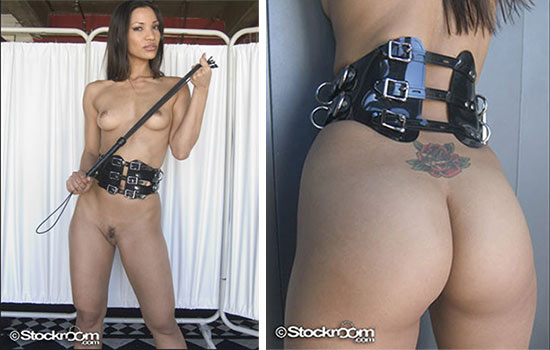 Swift’s  team came to Stockroom and selected some of our finest clothes during production, and we have say that we’re delighted to see what they did with them. A lot of creativity and hard work goes into Syren’s clothing, and even though we’re a business, not all of that labor can be counted in dollars and cents. “Bad Blood” with all its vigorous eroticism and bold heroics, depicts some of the things that we love most about the clothing we make, and we’re honored that Taylor Swift and her creative team were able to capture that in their video.