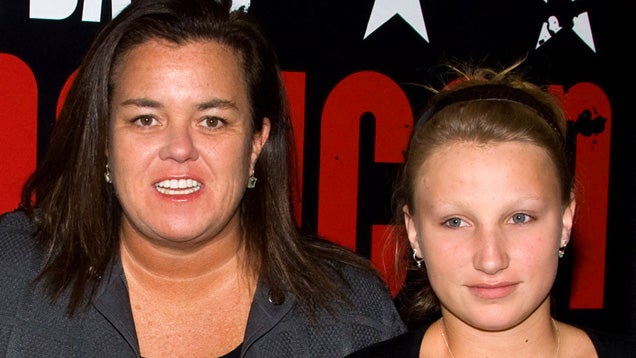 Patrolman Nicholas Dapuzzo confirmed to Page Six that Sheerer and Chelsea met through the dating app, but added, “I wouldn’t say he was a boyfriend, more of an acquaintance.”

On Wednesday, Rosie O’Donnell began tweeting about Sheerer’s history of criminal charges, which stem from a traffic stop following a two-month narcotics investigationin 2012. ET reports that Sheerer was later convicted of child endangerment and put on probation for heroin possession.

According to People, police say Sheerer initially denied Chelsea was in his home, but the missing teen was later found hiding in his attic:

A spokesman for the Ocean County Police Department tells PEOPLE the precinct received a call around 6 p.m. Tuesday night and triangulated the location of Chelsea’s cell phone to the house of Steven Sheerer, whom O’Donnell would name Wednesday on social media.

When the officer entered the house and his search reached the attic, he found Chelsea: “She was hiding up there,” confirms the OCPD spokesman.

“She cooperated very well,” a police spokesperson told the magazine. “She came down and we brought her to the police station. Our role is making sure she’s happy, health and safe.”