The most recognized fixation to come out of Japan’s thriving fetish scene is Kinbaku (bondage), more popularly known as Shibari (to tie, or bind). This is perhaps, in part, due to the work of photographerNobuyoshi Araki. Araki has practiced Shibari on Japanese models for countless shoots. He also famously photographed Lady Gaga in bondage for Vogue Hommes Japan in 2009. These images, combined with the intrinsic beauty of the rope formations, has led to this form of bondage gaining an iconic visual status in Japan and worldwide. 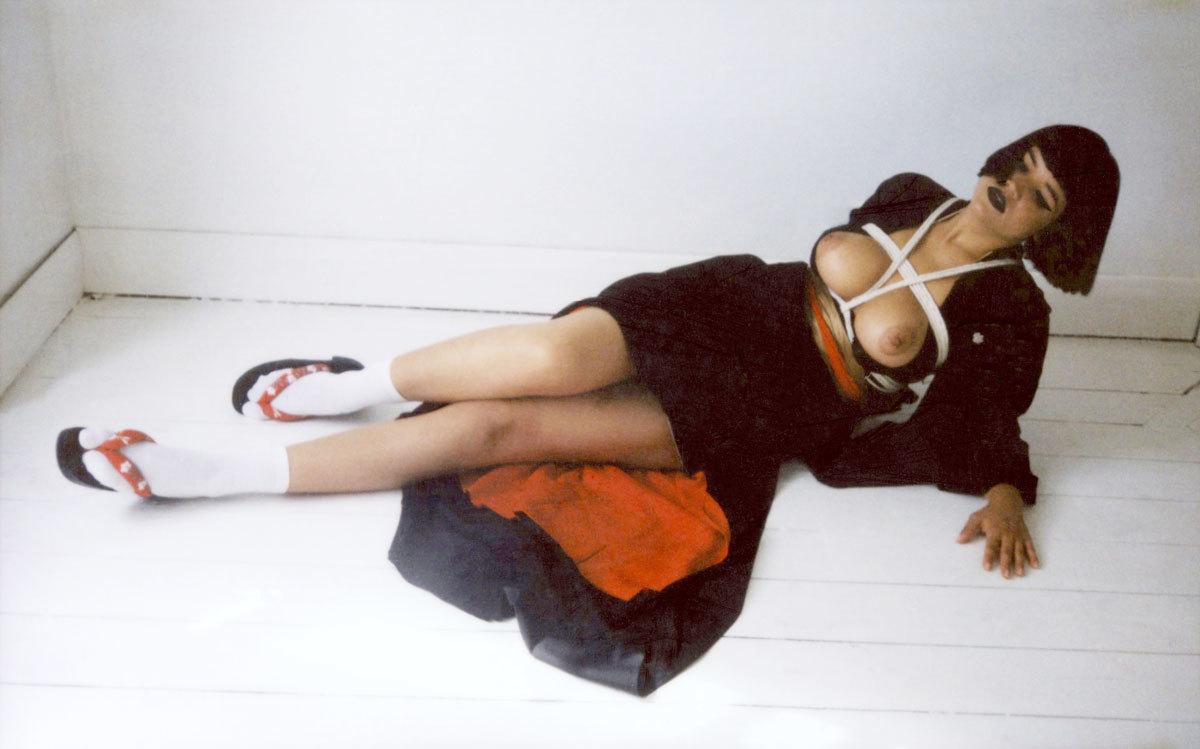 Kuragi’s ex-boyfriend, photographer Marc Blackie, introduced her to Shibari and pink films (a style of Japanese softcore porn) when they were dating. She promptly fell in love with a country which is at once rich in fetishes, and fetishized itself. Now, Kuragi boasts a wardrobe half dedicated to Japanese school uniform (seifuku), masks from areas such as Kyoto, and an ever-growing collection of kimonos. She recalls the first time she approached a Japanese photographer to shoot her in traditional dress: “I had to work very hard to prove that I understood and cared for Japanese culture.” It is this genuine respect for the culture which lead her to be welcomed into Japan’s underground fetish scene, a world usually inaccessible to foreigners.

Kuragi has seen a Japan wholly different to the sexually repressed nation presented in the media — she attends fetish parties and goes to rope bars with dominatrixes and Nawashi (Shibari masters). 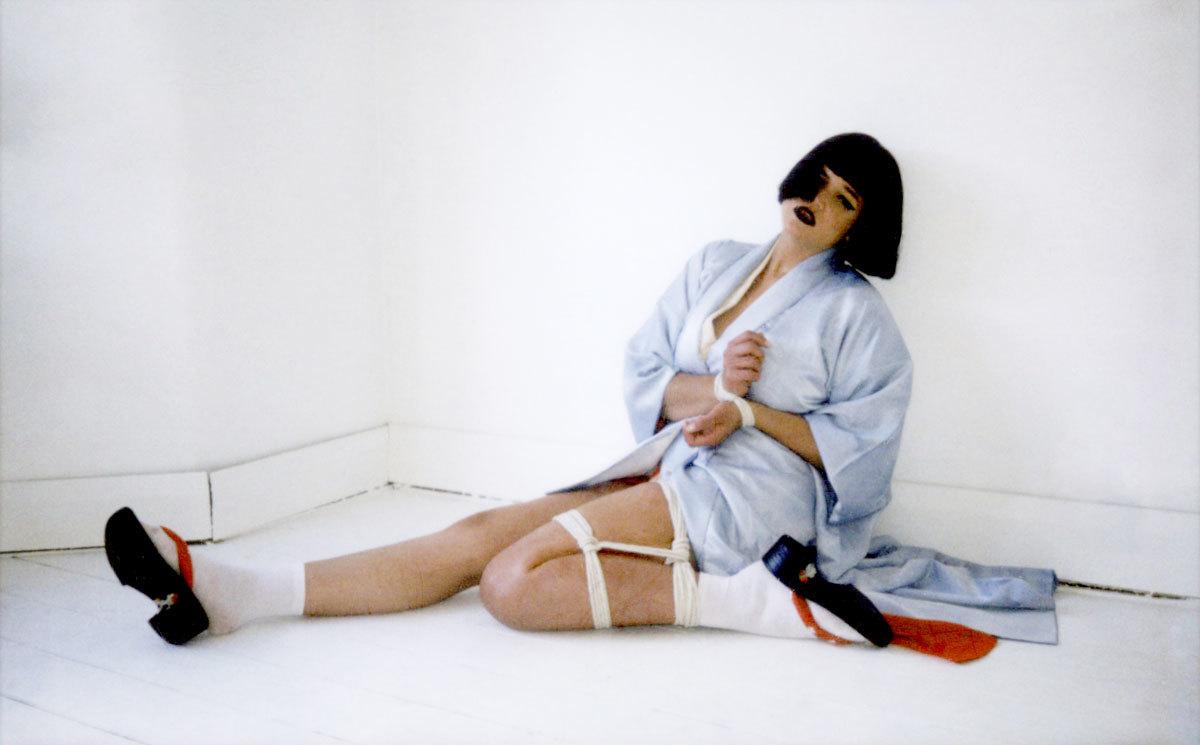 In her essay Phallus – Image – Other, Vivian Herman writes that “Desire is lack itself… Desire is always something that one does not have.” And so it makes complete sense that a country in which people have very little sex, should also be able to offer us the best sex of our lives. Who better to understand the limits of desire than a society that increasingly lacks real intimacy?

Another contribution to Japan’s success in this field is the unparalleled finesse of the Japanese. Their culture of perfectionism is well documented and we continue to hear about Japanese people tenaciously mastering their trades. Whether it is Jiro Ono’s sushi, Hayao Miyazaki’s anime or the ‘zero defect’ mantra adopted in factories, individuals continue to achieve excellence and attain the near-impossible. Skillsets, actions and crafts are often developed far beyond their initial purpose and far beyond what Western logic would deem sufficient. With this in mind, it follows that the sex trade and its offerings should be equally evolved. Kuragi’s own experience confirms this: “There’s something of the transcendental and sublime in BDSM, Shibari and hook suspension. There’s a point where you get into this trance which is very powerful and cathartic. And that goes beyond sexual arousal…Some people who have trained with a Shibari master will develop their own way of tying, just making the patterns of the rope and moulding someone in a certain way. It also takes a lot of skill.” 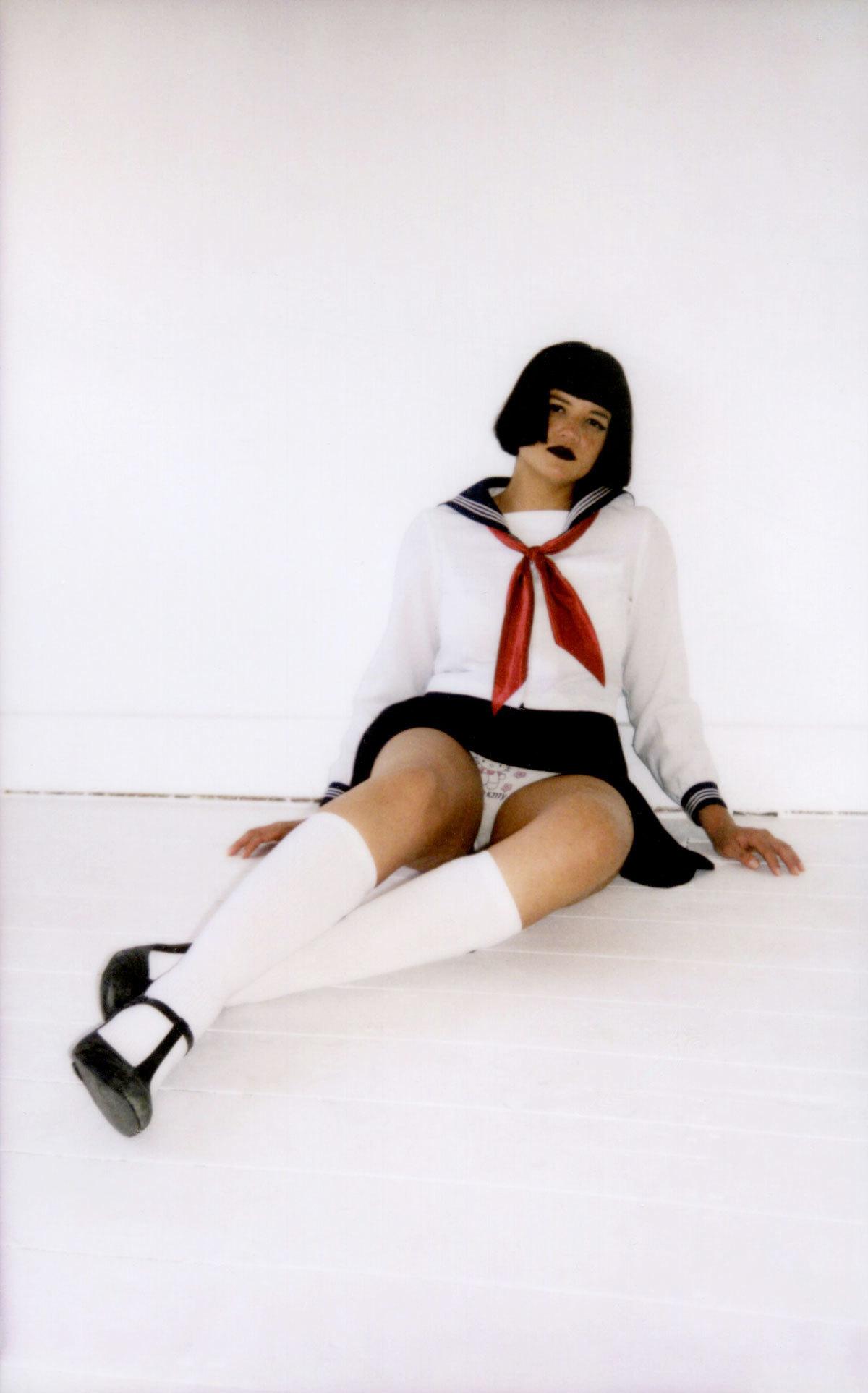 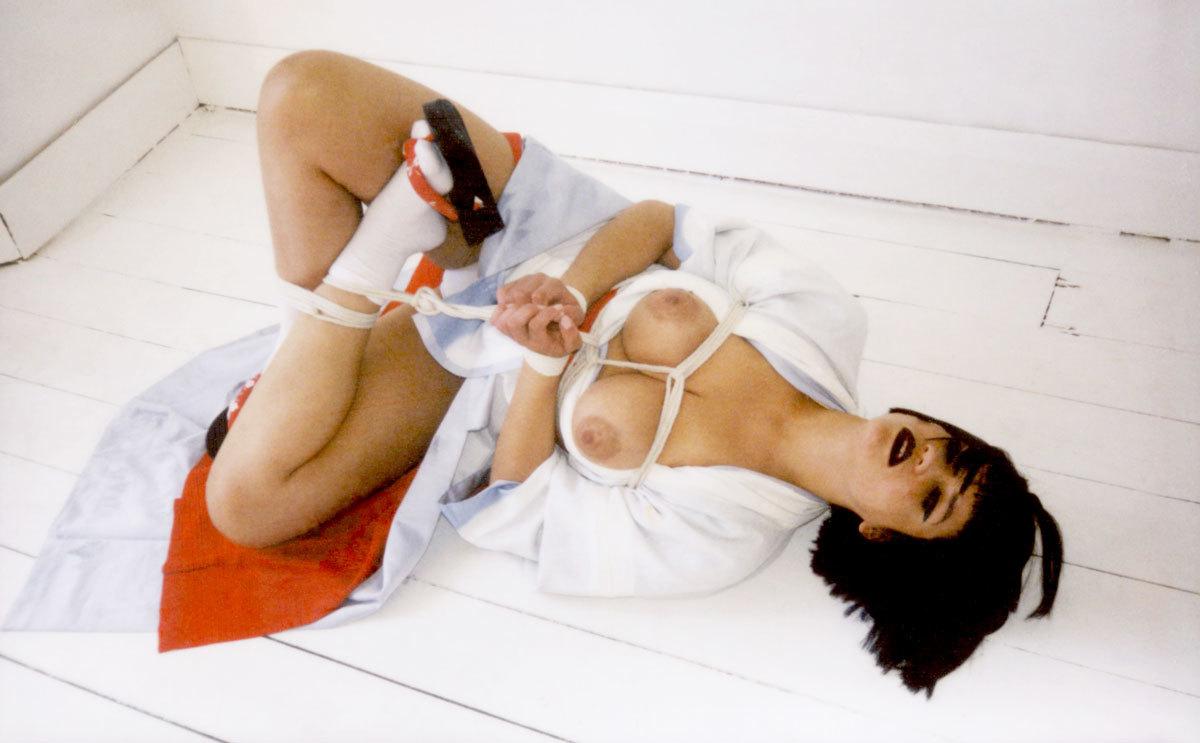 Imagination and aesthetic value is imprinted on all areas of Japanese culture. Yasutaka Sai’s description of peeling a tangerine is an unintentionally poetic example of this: “When eating a mandarin orange, many Japanese will remove the peel in one, unbroken piece, and place segment membranes inside the outer peel, so that the leftover materials end up in a neatly wrapped little package.”

So remarkable and visual are the many elements of this culture that they have made a significant impression on the West. The fact that Kuragi and Hailes are not Japanese, and yet wish to understand and learn from Japan, points to something beyond personal taste. Worldwide, people are turned on by this nation, its peculiarities and differences. By keeping the mainstream sex industry out of reach of foreigners, our feelings of desire for the forbidden are enhanced. In Hailes’s film, small parts of Kuragi are revealed. We catch glimpses of wrists, breasts, eyes, knots, skin and fabric, but never the entire form. Likewise each small insight into Japan’s world leaves us intoxicated. The eternal land of fantasy is just out of reach, and like an inanimate object worshiped for its magical powers, Japan itself has become a fetish.