Bow down to Madonna! That’s at least what the singer said to a dancer when he was tardy for dance rehearsal! As Madonna is currently on her Rebel Heart tour, she’s apparently cracking the whip to make it as perfect as possible — which involves making anyone who’s late kiss her feet! 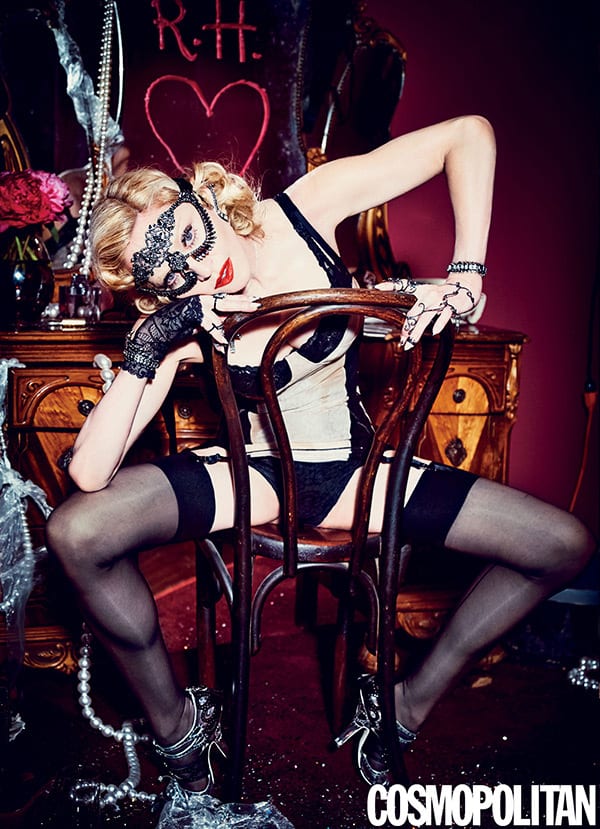 Madonna, 57, has established herself as a pop music queen and proved that she is one of the best in the business. Because of the reputation she has built though, she doesn’t take any of her work lightly. So when one of her dancers showed up late for rehearsal for her Rebel Heart World Tourstop in New York City, she was sure to let him know who’s the boss! Get all the details below!

During Madonna’s time in NYC, an insider told NY Daily News that a dancer “was only a few minutes late” to rehearsal and apologized “like crazy,” but that didn’t stop her from ordering him to do something extreme to make up for it: Kiss her feet! The source also said that no one was sure if Madonna was joking, and even if she was, the dancer obeyed. It sounds like no one wants to mess with the pop icon!

The insider also revealed that Madonna is “a perfectionist,” which means she isn’t going to let much slide. Considering the Rebel Heart World Tour is Madonna’s tenth worldwide tour, it’s no surprise that she’d want everything to be as amazing as possible.

Despite one of her dancers being late to rehearsal, everyone on her tour is very aware of just how serious Madonna is! “They know she’s coming because they radio ahead,” the insider continued, emphasizing how on-guard the crew is for Madonna’s arrival. “The first thing that happens is that [organizers] throw out all the water bottles because she can’t stand seeing half-empty bottles, then they dim the lights and light candles because she likes the room to look and smell a certain way.”

Whoa, that sounds almost more intense than making a dancer kiss her feet! Let’s hope one dancer’s slight mistake was a valuable lesson learned for him and the rest of the crew! But hey, at least we can be pretty certain that Madonna’s concerts are flawless, right?

What do YOU think about Madonna’s kiss-my-feet request, HollywoodLifers? Are you going to see Madonna on tour? Tell us below!