It’s hard not to feel good in Kinky Boots

It’s hard not to feel good in Kinky Boots 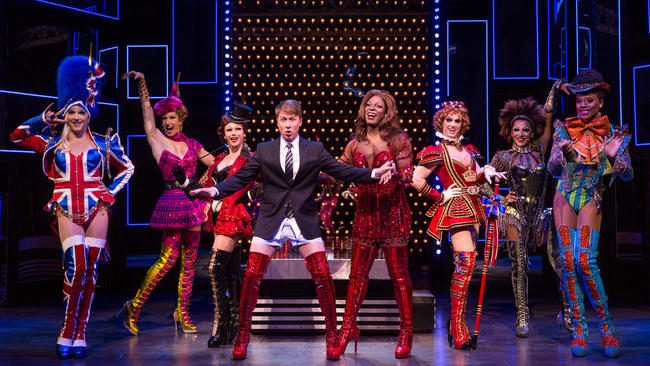 The decline of traditional industries in northern England in the late 20th century was undoubtedly bad for workers — but it proved to be fertile ground first for filmmakers and then for musicals derived from those films.

“Kinky Boots,” based on a 2005 film about a small shoe factory that saves itself by retooling its stock from men’s oxfords to fetish footgear, sets its stiletto heels firmly in that English territory, though its creators — Harvey Fierstein and Cyndi Lauper — are from Brooklyn and Queens, respectively. The show, directed and choreographed by Jerry Mitchell, had its out-of-town tryout here in 2012 before winning Tony Awards for best musical and for Lauper’s eclectic and delectable score, making her the first woman to win that award as a solo composer. 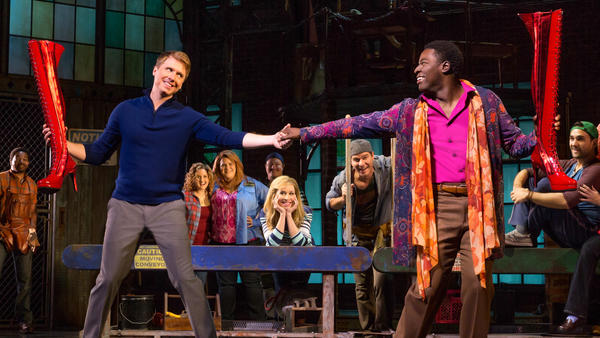 It’s back in Chicago in a short touring run that mostly honors the warmth and generosity of the story — which, it should be noted, is inspired by real events, no matter how generic it may feel in the light of similar underdog-Brit tales (“The Full Monty,” “Billy Elliot,” et al). Fierstein’s book takes some liberties from Geoff Deane and Tim Firth’s film script, mostly to punch up the disappointed dads/striving sons subtext. 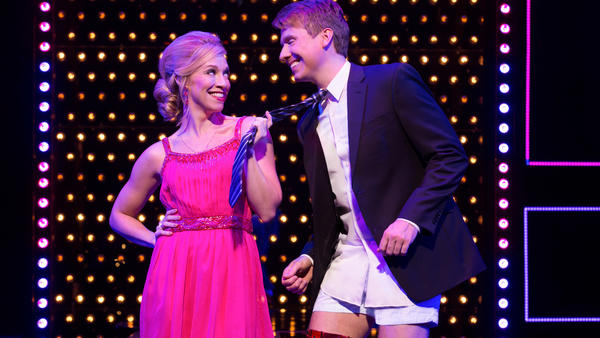 The sons here are Charlie Price (Steven Booth), the reluctant heir to the Price & Son shoe factory in Northampton, and Lola (Kyle Taylor Parker), who escaped the provinces and an abusive father (who wanted a prizefighter in the family) for a career in Soho drag clubs. A chance meeting between the two men, along with the spark of an idea provided by sassy about-to-be-laid-off factory worker Lauren (Lindsay Nicole Chambers), gives Charlie the notion to save the family business through making what Lola calls “two and a half feet of irresistible, tubular sex!” 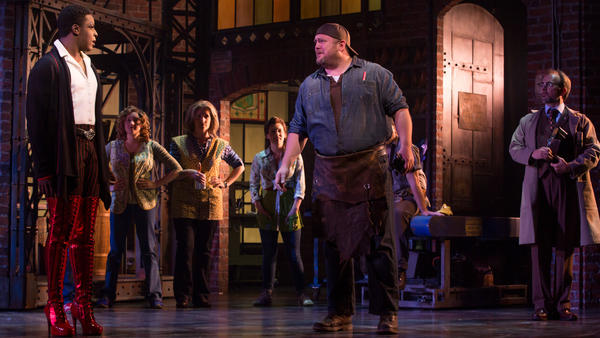 Fear not: this is actually a pretty family-friendly affair, despite some scattered entendres that probably won’t faze most youngsters in this drag-friendly era. (As Parker’s Lola notes, “You’re never more than 10 feet away from a cross-dresser.”) And this road company features some stellar turns top to bottom. Parker, a vet of the Broadway company, captures the James Brown-meets-Jennifer Holliday sizzle-and-soul of Lola, from the dirty-funk “Sex Is in the Heel” (which also provides a killer showcase for the “Angels,” Lola’s back-up drag dancers and the factory’s “niche market”) to the wistful “Hold Me in Your Heart.” 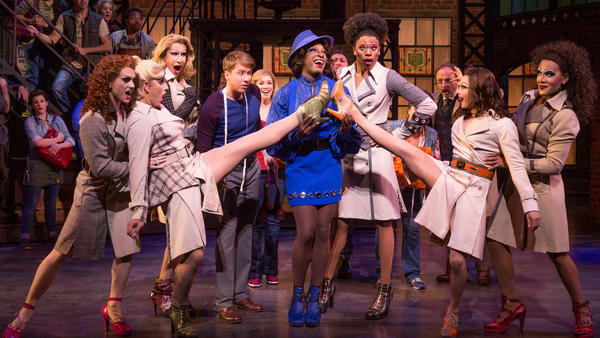 It’s hard to hold one’s own against that kind of powerhouse performance (not to mention Gregg Barnes’ eye-popping costumes), but Booth imbues Charlie with the kind of solid decency-amid-confusion necessary for him to be a counterweight to Lola’s bruised defiance. And Chambers delivers an adorable turn as the lovestruck Lauren, particularly in “The History of Wrong Guys,” in which her growing passion for already-engaged Charlie runs headlong into the catalog of mistakes from her romantic past.

There is no real villain in this tale, though Charlie’s social-striving fiance, Nicola (Grace Stockdale), comes closest to a stock character. Even homophobic factory hand Don (Joe Coots) never feels like a real threat to Lola. In a way, that lack of villainy undercuts Fierstein’s insistent “accept yourself” message in the second act. (In a world where acceptance doesn’t seem that hard to come by, why shout about it?) 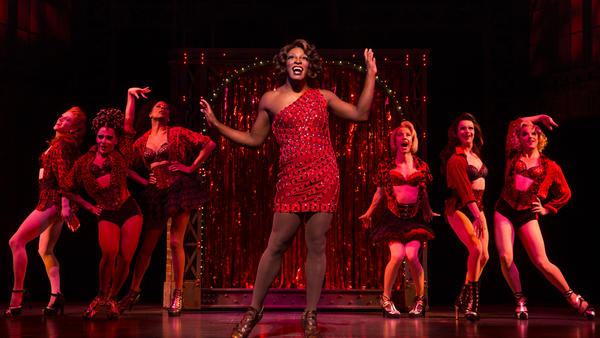 But that hardly matters when Lauper’s score and Mitchell’s imaginative choreography, which makes good use of David Rockwell’s factory set, including a moving assembly line in the barn-burning Act I gospel-tinged closer, “Everybody Say Yeah,” all synch up. “Kinky Boots” may totter on bunion-inducing heels, but its message is as comfortable and inviting as a favorite pair of fuzzy slippers. 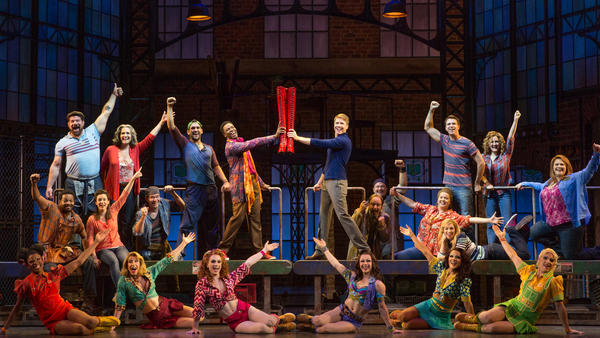 Kick some ass with these kinky butt plug high heels