A dominant Cabin Hostess Kinky Fantasy; Domination in the Sky (2) 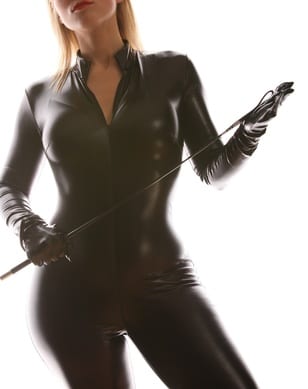 I no longer saw the dominant cabin hostess. More than a minute … I’m almost lost. And then, eh oh, am I a man or what ?!

I’m not going to let myself be interrogated by this little woman or a domineering and authoritative hostess either! I got up and walked to the bottom of the apparatus. Apart from two or three passengers concentrated on the film, to whom I also wanted to reveal the end, everyone was asleep.

I reached the bottom of the apparatus. A hostess was in the small dining area. She asked me if I needed something. Not knowing what to answer, I played the card of the frankness by announcing that the cabin chief wished to see me. She replied rather dryly:

“Yes, you are part of the group of agitated gentlemen!”

I managed to stammer a half:

I tried to regain the upper hand by asking her if I could have an apple juice.

Except that the domineering hostess, cabin chief, a pure feminist I was sure of, interrupted my request. She tells her colleague to go back to the front, she sees the problem with me, and that she would come back to look for her. Her colleague left us, and the hostess, turning round, said:

Handcuffed at the back of the plane by our dominant cabin hostess!

She drew a curtain that uncovered a door, she opened it with a special key that she pulled out of her blouse.

A half-time of hesitation and I advanced towards this part of the apparatus corresponding to the tail of the apparatus. I’m sure no passenger ever saw that part of the plane. It was cramped and there was hardly room for three or four people. I discovered a mini aluminum table and three stools attached to the floor.

I had hardly heard the door closing, I had just enough time to go around the owner then I felt pushed against the wall. One of my arms was imprisoned by that of the domineering hostess by a grip which certainly allowed a recalcitrant passenger to be restrained in an emergency. She locked me on the shoulder and in a turn of my hands, my arm was in the air. I felt the coldness of an iron handcuff closing around my wrist. Then she drew back for a second. I turned and looked at her:

Joining the gesture to the word, I tried with my other hand to remove the handcuff. Serious mistake, which she had necessarily had to anticipate, and then the second handcuff closed on my other wrist!

I did not even have time to protest, before she approached me, seizing me by the inter thigh. My testicles and my tail that dared no longer flinch contrary to the device that forced the mater …

“Then we are less proud now!” In the device, it is also me who is in charge of security so the more you annoy me, the more you will aggravate your case.

She pulled out a sort of baton that she used in two stages. I received a good blow on my thighs, and then slipping it between my teeth.

-That does not flinch otherwise it will be worse…!

She crouched down, unfastened my belt and opened my pants dropping them to my ankles, she pulled on my boxers. I did not know what to do. Could I try to gesticulate and react by spitting on her head in an attempt to knock her out, somewhat unconvincing, crossing her fingers so that she did not go too far.

I was naked, and the domineering hostess kneaded my testicles without hesitation. My cock was getting bigger.

– I forbid you to enjoy, you dirty dog!

What had she said? I was not sure what I had heard. My unconscious had understood everything and my cock was no longer restrained. I began to bend without even having to touch my cock for a second.

She said nothing, and seized me with her right hand. Then she began sucking me with a savagery that I had never experienced. It was as if she had been waiting for that since the beginning of the day. I bandaged more beautifully, I was hard under her licks. I noticed that not only did she have a tongue piercing. In reality, it was divided into three parts that supported almost in a distinct way. That made me crazy and yet it was hardly two minutes that she was playing with my penis. I began to feel an irresistible pleasure and even to groan.

She stopped short and turning to a closet, she pulled out a sword!

-Turn yourself now dirty dog! It’s time you paid for all your insolence and those of your friends!

It started slowly when I had not decided to turn. It was my cock that received the first blows.

“Turn around!” Obey or it will be worse!

I had no choice. The blows fell one after the other. I understood at the end of a score of blows that this was only a beginning and that the strength of the blows was amplified.

At 30 strokes I began to give and ask for pity.

-Please! She paused, stroked my buttocks, which was certainly red scarlet in view of the freshness of her hand on them.

The end of my correction

Then she resumed her correction with her bare hands, with a violence that I could not have imagined on the part of this little woman. I always bit this truncheon to avoid letting out my cries. She took out a guardian hostess and finished her correction by whipping my buttocks and even the top of my thighs. I no longer felt my butt, everything was sore. And my eyes, almost wet, I knew that it was a true correction I had just received.

She detached one of my wrists, and the relaxation of my shoulder relieved me for a few moments. In fact, she once again attached me to the bar which surrounded the little table. She did the same with the other wrist.

She came to sit on the table. Pulling up her skirt, she opened her pantyhose to the interweaving, spreading her panties. Then she pulled on my hair to clamp my mouth against her vagina.

-Lick me and make me enjoy as a good dog that you are!

I did not want to risk another correction, so I tried to give her pleasure. My tongue was playing with her clit, she was getting more and more excited. I buried my tongue between her lips and she pressed my head harder against her vagina, I began to like feeling it contorting under my tongue. I started to have sensations again and my cock woke up again.

“Continue like that, you’re going to make me enjoy!”

She cummed into my mouth. I did my best to drink it while continuing to slide my tongue slowly on every part of skin she offered me.

She was ready to loosen and seeing my cock become hard again, she decided to play a little with me again.

Then she finished by jerking me until I squirt in her hand.

She finally decided to release me and asked me to give her a card with my personal number.

“Maybe I’ll call on you from time to time as you’re pretty good licker and you’ve fixed the fault for a person.” There are still 5 and you will take charge of the fault of your colleagues since it is on you that I have set my sights! Come on, go back to your place, and be careful when you sit down, otherwise you might remember it! She laughed before opening the door behind the camera.

End of this hectic flight!

I fell face to face with the other hostess back in her place, who gave me a big mocking smile. I felt restrained, the cabin attendant grabbed me for me to stop.

“You had nothing to say to my colleague?”

I quickly understood what she was expecting.

“I beg you to excuse us for the inconvenience we have put upon you!”

The hostess smiled and the cabin crew added:

“Will you take advantage of it?” Monsieur is kind enough to be forgiven … “

– No thank you, we will soon land and I will not fully benefit … but I suppose you took his card in case ?!

The chief of the cabin released me, and I lowered my eyes before rejoining my place, sitting down with difficulty.

The device came out with a small bite of reminders. So the three hostesses complices wished us a good evening. They each slapped me on the buttocks, telling me that they knew very well what had happened and the complicity they had between them!

To conclude, I think it is unnecessary to clarify, as you will have understood, that I had to review the chief of the cabin three times. I also saw her colleague, the tail hostess of the aircraft, twice in her presence. They only used my tongue as a dog to lick. Since then, I stopped flying with my alcoholic buddies!

Thank you for reading.

A Flame, A Fantasy of Enslavement: A Day In My New Life (2)